iTV Player Kodi addon: How to watch iTV Hub on Kodi from anywhere

Hoping to stream ITV channels through Kodi? Unfortunately, the ITV Player addon is no more but we have an alternative that still works. Read on to learn how to watch ITV shows live on Kodi.
Tom Blackstone Kodi and streaming expert 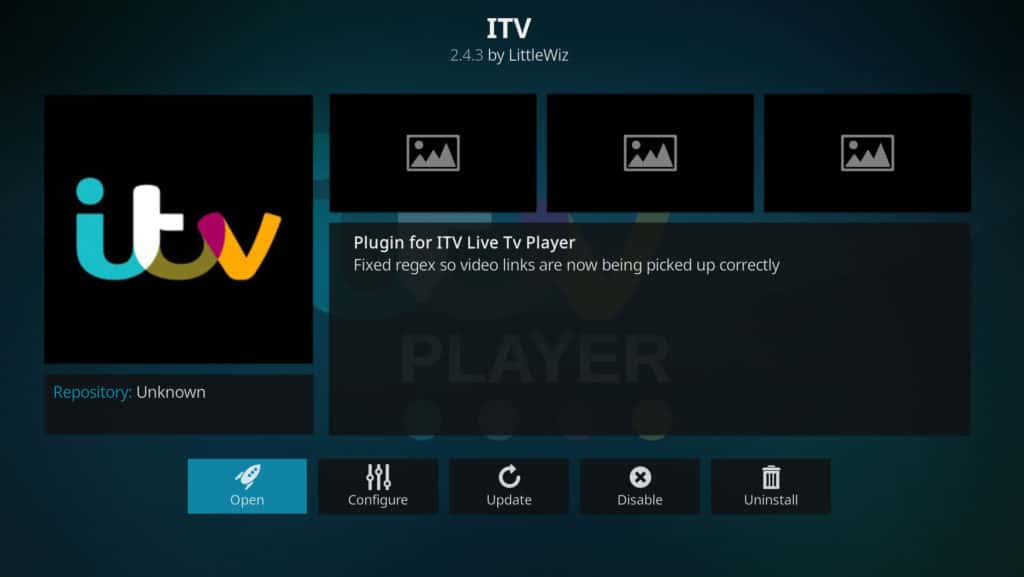 There used to be a Kodi addon called ITV Player that allowed users to watch ITV shows live and on-demand. Unfortunately, that addon is no longer available. However, there is another option that provides some of the same functionality, with on-demand streaming (which is currently broken) hopefully receiving a fix in the near future.

Below, we’ll explain which addon we’re talking about, where you can find it, and how to set it all up. Thankfully, it’s quite a simple process, so with our help, you can be live streaming ITV shows in a matter of minutes.

Kodi is open-source media center software. It allows users to gather all of their media into one place, eliminating the need for web browsers or multiple proprietary apps. Further, Kodi is extremely customizable, so the right addons can provide just about any type of functionality you can imagine, from automatically syncing your watchlists to automatically finding subtitles or movie posters.

How to watch ITV shows on Kodi

You might think that with the ITV Player addon out of the picture, there’s no way to stream ITV channels on Kodi. However, that’s not quite correct. One addon, called Catch-Up TV & More, collects free-to-air streams from countries around the world and gathers them in one place. Luckily for us, these include STV and STV+1.

Now, if you live outside of Scotland, you might not have heard of STV. It’s essentially the Scottish regional broadcast of ITV, much like its counterpart, BBC Scotland. However, STV’s content is almost exactly the same as ITV’s. The only real differences are the regional news and some Scottish-created shows like Taggart.

Unfortunately, while every other channel in this addon has a small selection of on-demand content, STV’s is currently broken. However, you can watch live, without even having to login, which is a huge plus. Here’s how to stream STV on Kodi:

We strongly recommend using a Virtual Private Network (VPN) when doing anything online. These encrypt your internet traffic, shielding your activities from hotspot owners, hackers, and your Internet Service Provider (ISP). This is particularly important if you like to stream often, since some ISPs have been known to throttle the speeds of customers who watch a lot of video.

For these reasons, we recommend NordVPN for Kodi users. It has apps for a huge range of devices (including Amazon Fire Stick and Nvidia Shield) plus it boasts some of the fastest speeds we’ve seen. Not only that, NordVPN offers a wide range of security tools and a twice-verified no-logs policy.

Which UK TV channels can I stream on Kodi?

British fans can stream all kinds of UK TV channels. The iPlayer WWW addon alone provides access to around 10 BBC live streams, and with Catch-Up TV & More, you can watch 25+ more. These include:

Can I watch sports on Kodi?

Absolutely! BBC iPlayer and DAZN are both included in the official Kodi repository and you can find even more sporting content using one of the many free-to-watch IPTV addons like Pluto TV or Catch-Up TV & More.

Needless to say, you can also find Kodi addons full of movies, documentaries, and cartoons, so there really is something for everyone.

Do I need a TV license to watch ITV on Kodi?

British law says that you need a TV License to watch any broadcast live at the same time as it's being shown on TV. In other words, you don't need a license if you only watch on-demand content.

Unfortunately, though, the Catch-Up TV & More addon (which is what we use to stream ITV on Kodi) currently has an issue that prevents users from watching on-demand.