How to watch NCAA Final Four 2019 online from anywhere 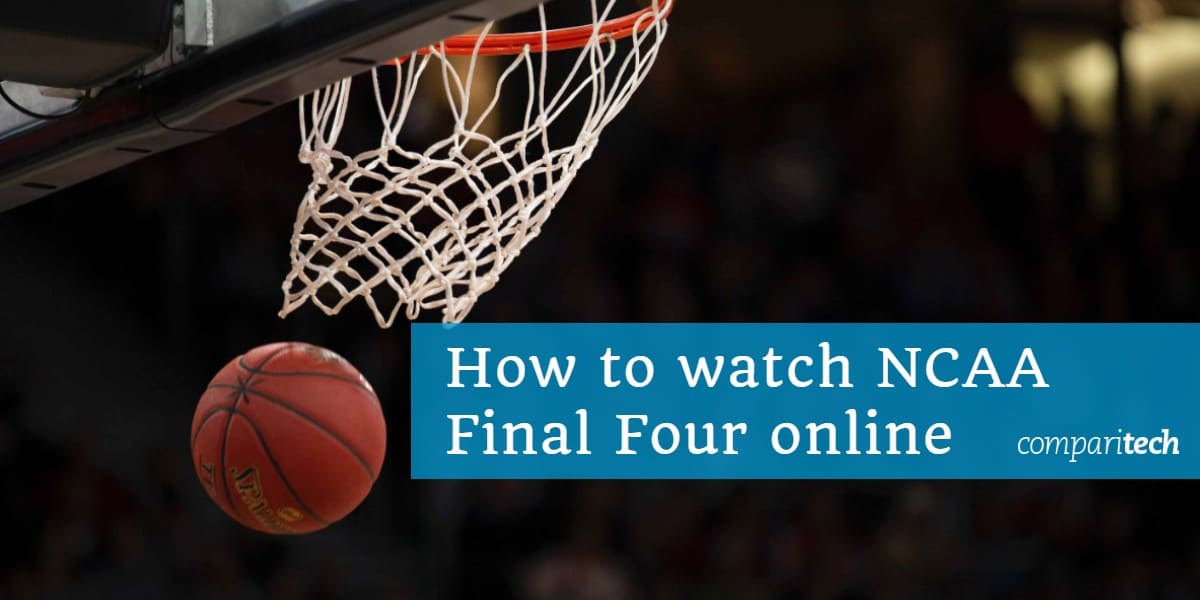 This year’s Final Four teams (Michigan State, Texas Tech, Virginia, and Auburn) will go head-to-head over two games on April 6 2019. The winners then progress to the National Championship at the U.S. Bank Stadium in Minneapolis two days later. The final game starts at 6PM PST (9PM EST / 2AM BST) but there’s no need to worry if you can’t make it in person; below, we’ll explain how to stream every moment of the action live online.

This post will only recommend official Final Four broadcasters. Major sporting events are often available on unlicensed streaming sites, but we strongly advise against using these. To begin with, the quality is often very poor, with laggy, low-resolution video. Further, these streams are prone to being taken offline for copyright violation. As such, you might not even be able to see the end of the game. As you can watch every Final Four game for free, there’s no need to use unofficial streams.

You’ll need a VPN to stream the Final Four games for free unless you’re in the US or Australia.

The Final Four games will be shown live so it’s important you test your VPN well in advance. This way, you’ll have enough time to contact your VPN’s customer support team if anything doesn’t work as expected. Testing before a live event also reduces the risk of you having to miss the start of an important game.

How to watch the Final Four free on US TV

All three remaining games will be available on March Madness Live. However, you can only watch three hours of content before being asked to sign in with your cable provider details.

If you don’t have cable, it’s still possible to stream these games live as FuboTV, YouTube TV, PlayStation Vue, Hulu with Live TV, and DirecTV Now all offer access to CBS, the channel the games are on. While these services tend to be fairly expensive, they all offer at least a five-day free trial, meaning you can simply sign up, watch the Final Four and National Championship, then cancel to avoid being charged.

You should note that all of the above services are region-locked. Additionally, several of these only accept credit cards linked to an American address, so it’s difficult to sign up if you’re from another country. Americans can register with their usual payment method, wherever they are, as long as they connect to a VPN first.

We recommend ExpressVPN: it offers high speeds, strong security, and the ability to unblock various popular streaming platforms. It even includes a 30-day money-back guarantee so if you only need a VPN to watch the Final Four, you can cancel afterwards for a full refund.

Where else can I watch the NCAA Final Four online?

The NCAA has a huge international following and accordingly, the Final Four games will be shown in several countries around the world. Read on to find out how to watch, wherever you are.

BT Sport is the official NCAA March Madness broadcaster in the UK. While existing subscribers can stream both Final Four games and the National Championship online at no added cost, BT Sport doesn’t offer an online-only subscription. This makes it difficult to watch these games unless you already have a broadband package with one of this service’s supported providers.

BT customers can add BT Sport for just £9 per month, but if you’re with Virgin, the price goes up to £18. Sky and TalkTalk customers can expect to pay £29.99 per month for the exact same service. The Final Four games can then be streamed online using the Sky Go, Virgin TV Go, or TalkTalk TV apps.

BT Sport is geo-restricted and only available in the UK., but you can use a VPN to access it from abroad. If you usually live elsewhere and are in the UK temporarily, you can still access streaming platforms from your home country by connecting to a VPN.

TSN is the only broadcaster showing the NCAA Final Four in Canada. If this channel is already included in your cable TV subscription, you can log in and start streaming immediately. If you don’t have cable, you can choose to sign up for a digital pass instead; these cost $4.99 CAD per day or $19.99 CAD per month. There are two days of the tournament left, meaning you can stream every remaining game for $9.98.

As TSN requires your payment method to be linked to a Canadian address, it’s difficult for foreign users to sign up. However, Canadians currently travelling in other countries can still register and watch with a VPN.

Basketball fans in Australia can watch this year’s Final Four on ESPN and Kayo. if your Foxtel or Fetch TV subscription includes ESPN, you can stream every remaining game at no added cost via the WatchESPN or Foxtel Go apps. Although Foxtel offers an online-only plan, it’s too expensive ($54 AUD per month) for those who simply want to watch one event live.

In these cases, Kayo is the better choice. This service usually costs $25 per month, but it comes with a two-week free trial. As a result, you can sign up, stream all three remaining games, and cancel to avoid being charged. Although Kayo accepts gift cards (meaning you can register from anywhere), it sends a verification code to you via text. As this service only accepts Australian phone numbers, it’s particularly difficult to sign up for if you normally live elsewhere.

Fetch, Kayo, and Foxtel are all geo-restricted. Australians can still access them from other countries by connecting to an Australian VPN server, though.

The 2019 NCAA March Madness tournament is airing in too many countries to cover them all individually. However, even if we haven’t mentioned yours above, it’s likely you’ll still be able to watch. ESPN is broadcasting the Final Four and National Championship on its international channels, so there should be at least one wherever you are.

It’s worth mentioning that even if ESPN isn’t available directly in your country, you might still be able to access it via another service (such as Foxtel in Australia). However, bear in mind that there’s no guarantee every service will let you watch live TV online.

Which team is expected to win this year?

2019’s March Madness tournament has already lived up to its name. Usual suspects like UCLA and Duke are nowhere to be seen, having been replaced for the most part, by teams that have never reached the final. This makes choosing a winner particularly difficult, but we can speculate based on each team’s performance this season.

Michigan State is the obvious pick here: they’ve won March Madness twice previously (in 1979 and 2000), and came second in 2009. However, they’re far from a sure thing: while the squad is especially well-balanced, it struggles to minimize turnover. This could be a real problem during their game against Texas Tech: the Red Raiders are the best defensive team in the tournament and have beaten Michigan State twice already this year. The Spartans give as good as they get, though, and if they lose, it’s likely to be very close.

Auburn are a very strong pick. This team is currently enjoying an 11-win streak, and is set to face off against Virginia, arguably the weakest team of the Final Four. Further, the Tigers are deadly at any range, and they’ve proven it in their last three games, with a three-point percentage of more than 40%. If they move forward a little more than usual and keep Virginia’s De’Andre Hunter away from the ball, there’s no reason they shouldn’t progress to the final.