Interested in installing Kodi 18.3? In this post, we’ll explain Kodi 18.3’s new features, discuss whether it’s worth using Leia if you aren’t already, and let you know how to upgrade without losing your addons.
Ian Garland Streaming, Kodi and VPN Expert 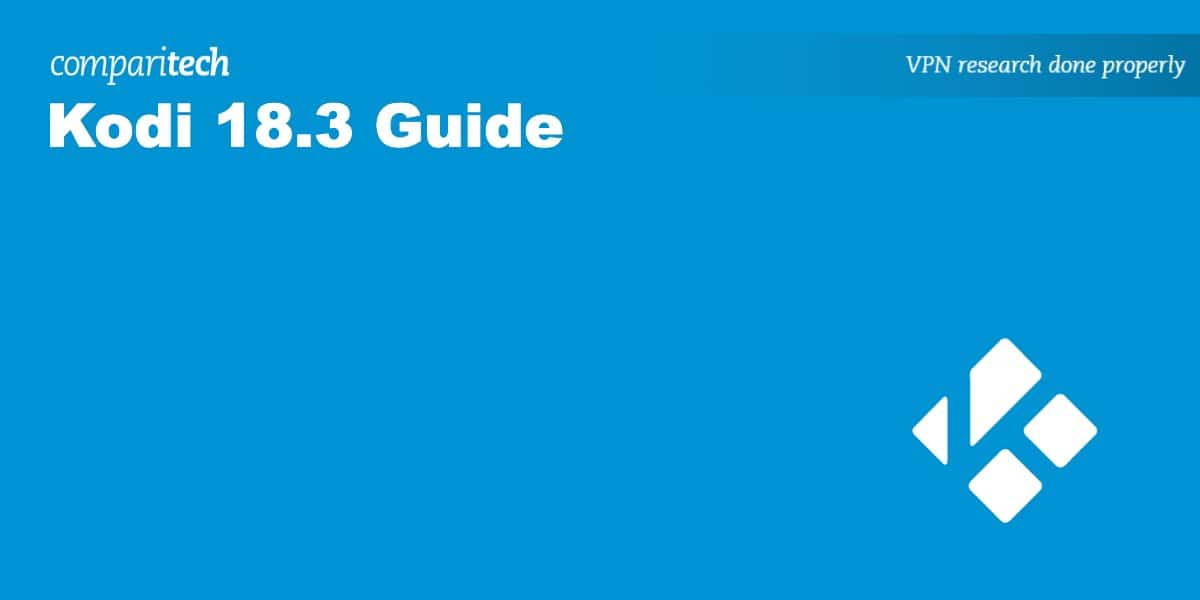 Kodi 18 had its first stable release at the beginning of 2019, and we’re currently on version 18.3. Every update brings changes, though, and the latest version of Kodi has several new features designed to enhance its functionality as a media center. Below, we’ll walk you through everything you can expect from Kodi 18.3 in our Kodi guide and address any questions or concerns you might have about updating from Jarvis or Krypton.

Important: always use a VPN with Kodi

Your online activities aren’t necessarily as private as you might think. In fact, depending on which network you’re using, they might be being monitored by your employer, Internet Service Provider (ISP), or government. By connecting to a Virtual Private Network (VPN), though, you encrypt your traffic and ensure that snoopers only see jumbled up, meaningless data. Some ISPs even throttle the speeds of users who stream frequently, but as a VPN prevents them from seeing what you’re up to, such restrictions become harder to justify.

We recommend using IPVanish. This is a fast, lightweight VPN with strong multi-platform support, powerful security features, a no-logging policy, and over 1,300 servers across 60+ countries.

The Kodi community has had a rough couple of years: the proliferation of piracy add-ons led to a slew of negative media attention, legal threats from the MPAA caused several high-profile addon developers to quit, and the number of users began to decline.

However, the release of Kodi 18 marked a turning point for the software. It includes several new features which expand the service’s versatility. Additionally, the developers refactored the source code (getting rid of old, hacked together code and rebuilding certain sections to make them easier to understand and update in the future). In theory, this means that problems frequently reported in older versions (random crashes and black screens, for instance) should be less common.

Below, we’ve listed some of the biggest changes introduced in Kodi Leia:

What new features does Kodi 18.3 have?

The development of Kodi 18.3 was mainly focused on fixing bugs, and as such, this version doesn’t include many noticeable features. However, the developers did manage to take care of (among other things) a memory leak issue and problems resulting from playing DVD files over HTTPS.

That’s not to say there isn’t anything new, though. You can now play DTS-HD audio tracks (a format often used for surround soundtracks on Blurays), and there’s an option to search directly from the pop-out sidebar when streaming.

Will my old addons still work with Kodi 18.3?

The vast majority of Kodi addons will still work with Kodi 18, although there is a small number (particularly custom skins) which won’t. Further, some users have reported issues with Trakt integration in certain unofficial addons. Unfortunately, there’s nothing that can be done about this as a user; you just have to wait for the developer to update the addon.

We recommend performing a fresh install of Kodi 18.3 instead of upgrading it directly. Kodi Leia has been completely reworked since Jarvis and Krypton, and by performing a clean installation, you reduce the chance of any leftover files or addons causing problems. For instance, if your Kodi skin isn’t supported in Leia, you might find that Kodi refuses to start.

Can I keep my existing Kodi build if I upgrade?

In their simplest form, Kodi builds are just a custom skin bundled with a particular group of add-ons. As mentioned above, not all skins and addons will work with Kodi 18.3. This means that your Kodi build might work perfectly, or it might stop Kodi from booting at all.

We strongly advise against using Kodi builds. To begin with, these often come pre-packaged with addons that scrape content from unlicensed sources. Additionally, they’re often more trouble than they’re worth. For example, Kodi builds sometimes restore deleted addons every time Kodi boots. This means that if one of the included add-ons is taken offline, Kodi could continuously try to reach it, effectively becoming unusable for several minutes after starting.

Why should I upgrade to Leia if Jarvis and Krypton still work?

Although Kodi 16 and 17 still work, they’re no longer being maintained or updated. Further, going forward, the majority of new addons will almost certainly be developed with Kodi 18 in mind. Simply put, sooner or later, you’ll have to upgrade to Kodi 18, so why not start now?

Updating to Kodi 18.3 doesn’t have to be difficult. We’ve previously covered the best addons and best Kodi repositories of 2019, and we even have a comprehensive tutorial on fixing common Kodi problems in case you run into any difficulty. As such, you’ll be able to easily replace any broken addons and get back to streaming as quickly as possible.

Will I get into trouble for using Kodi?

Despite what the papers would have you believe, Kodi is not inherently illegal. In fact, the app’s developers have repeatedly spoken publicly about their anti-piracy stance. The problem is that some third-party developers have created addons that allow unrestricted access to licensed content. If you avoid unofficial addons and only access content that you have the right to watch, you have done nothing wrong and won’t get into any trouble.

There are a few ways to determine if an addon is official or not. If it only has shows from one specific broadcaster, if you can’t watch anything without logging in, or if the addon is simply named after an existing streaming service, it’s likely official. However, if an addon claims to have all of the latest movie releases or dozens of free live TV streams, it’s probably unofficial. Unofficial streams are often laggy and low-resolution, plus they’re taken offline very quickly, so we don’t recommend using them.

Plenty of less savory forums and sites recommend unlicensed add-ons with no mention of whether they’re official or not. To remove any doubt you might have, we’ve provided a shortlist of oft-recommended yet unlicensed add-ons below:

See also: How to install Kodi Leia 18.3 on Firestick