How to watch Star Trek Discovery online or on Kodi 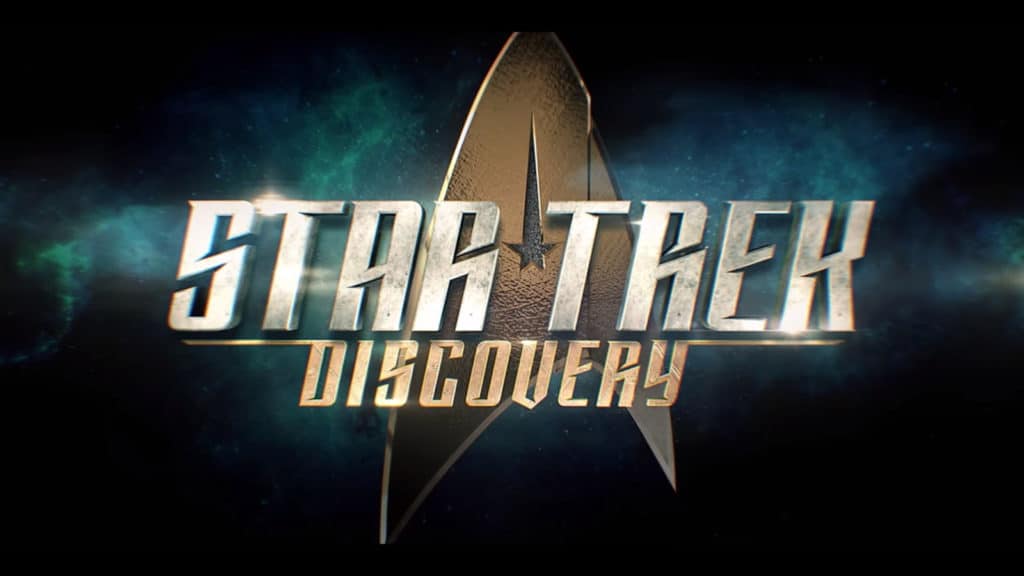 Kodi is a free, open source software package that makes it very simple to create and customise your own home media center. One of its biggest draws is the vast array of different platforms it can be installed on: there are versions of Kodi for PC, Raspberry Pi, Amazon Fire TV, Firestick,  iPhone, Roku, and Apple TV. It can even be installed on a simple USB stick.

In this article, we’ll be explaining how you can watch Star Trek Discovery online or on Kodi on the night it airs regardless of where you live. Don’t worry if it’s on late at night where you are — we’ll also be listing some of the ways you can watch the show on-demand at a more convenient time. It should be noted that we won’t be recommending any websites or Kodi addons that provide access to unofficial streams of Star Trek Discovery.  With the multitude of official ways to watch, this won’t be a problem.

Important:How to use Kodi addons safely

The number of people using a virtual private network (VPN) to keep themselves protected online is steadily growing. These days, people use the internet for everything from running their business to shopping. A VPN enhances your privacy, and so there are a  multitude of reasons a law-abiding citizen might use one.

All software, including Kodi-addons, has vulnerabilities. Official addons have stringent quality tests in place during development to try and find as many of these as possible but inevitably, some will remain. Third-party addons tend to have even more due to their less rigorous testing. As a result, all Kodi addons are open to hijacking by an attacker. If this were to happen, all of your confidential information would be on display: online banking details, login credentials for all of your online accounts, and even the contents of your hard drive.

Hackers aren’t the only people observing your traffic, however. It is a well-documented fact that internet service providers (ISP) monitor their users’ browsing habits and restrict their network speeds in an attempt to discourage them from streaming video online. There’s a good chance you’re paying money for internet speeds that are well below what were advertised.

A VPN works by encrypting every bit of incoming and outgoing traffic from your computer. This makes the data unreadable to anyone without the encryption key and renders most Man-in-the-Middle (MitM) attacks useless. It also prevents your ISP from automatically detecting that you’re streaming video. If your ISP doesn’t know what you’re doing, it becomes less likely that they’ll throttle your network speeds. It’s possible that ISP throttling may be the cause of some of your  buffering issues, so removing this can make your Kodi viewing experience smoother.

We highly recommend using a VPN called IPVanish. It’s perfect for Kodi users for several reasons. Firstly, they build and maintain their own server infrastructure. This allows them to offer some of the fastest, most stable connections of any VPN provider. Because they have servers in more than 50 countries, geo-locked content will no longer be an issue.

IPVanish take their customers’ privacy very seriously. They use 256-bit encryption that would take thousands of years to break and keep no logs of their users’ traffic history. This VPN works with every Kodi addon we’ve previously tested and can be easily installed on many different devices using its Android and iOS apps. It’s also the only major VPN that exists in the default Amazon Firestick app store, so it has almost the same cross-platform credentials as Kodi does.

There are three official places to watch Star Trek Discovery. Which service you use will likely depend on the country you live in and the streaming subscriptions you pay for.

This show is a CBS All Access original, but the first part of the premiere will also be available on the CBS channel at the same time as it’s added to All Access (8.30PM ET/5.30PM PT). To watch the second half or any subsequent episodes, you’ll need to subscribe to CBS All Access. The CBS streaming service costs $5.99 per month ($9.99 for an ad-free version) and lets you watch via several different cross-platform applications.

For Canadian viewers, it’s a lot simpler. Star Trek Discovery will be broadcast weekly on the Space channel and can be watched at a later date on CraveTV or the Space GO app for Android and iOS. The show will also be available in French at 9 PM ET on the Z Channel. Part one of the pilot will be available on CTV but for all further episodes, a subscription will be required.

Outside of North America and Canada, the show will be available exclusively on Netflix. The Netflix Star Trek Discovery episode rebroadcasts will be made available every Monday, within 24 hours of them being shown in the US.

If you live in the US or Canada and miss an episode, don’t worry. Because most VPNs offer servers in multiple different countries, you can access content that would usually be inaccessible to everyone outside of a specific location. In this case, American or Canadian viewers could watch Star Trek Discovery by connecting to one of their VPN’s servers in a country where the show is on Netflix, like the UK.

How to watch Star Trek Discovery on Kodi

With a broadcast schedule that prioritizes online streaming services, Star Trek Discovery should be fairly easy to watch with Kodi. However, there is no CBS All Access or CraveTV Kodi addon and no official streams for the Space or CTV channels. Below, we’ll list the official addon that allows you to watch Star Trek Discovery legally and in high-quality.

Even though there’s no official Netflix addon, it’s still possible to use Kodi to watch Star Trek Discovery. PlayOn is a service which gathers content from many of the biggest streaming services (including Netflix, Hulu, and Amazon Prime Video) in one place for easier access.

You’ll require a PlayOn subscription ($2.50 a month) as well as a subscription to Netflix in order to watch Star Trek Discovery. Unfortunately, there’s no CBS All Access support, but you can watch the first half of the premiere with PlayOn’s CBS channel. This addon also gives you the option of recording footage in the highly portable MP4 format if you’re using a Windows PC, and allows you to skip ads on streaming services that include them.

While we always urge our readers to use official sources, you may find some of the following third-party addons recommended on less scrupulous sites and forums. These addons provide unrestricted access to licensed content and we’ve included them only to explain what they are and the risks they pose.

What is it? Ultra IPTV is an addon that offers access to live TV streams from around the world. These streams are mostly unlicensed, but there are some free-to-watch channels included.

Why should you avoid it? The vast majority of the content this addon offers are unofficial streams. Also, there appears to be no rhyme or reason to the collections of streams that appear. There is a filtering option, but it doesn’t work. Considering Star Trek Discovery is only consistently airing on two TV channels, you’d have to go through each collection individually hoping that it included the channel you wanted. Simply, Ultra IPTV is a textbook example of an illegitimate addon and contributes to the negative reputation Kodi has seen in recent months.

There are numerous other IPTV addons that only offer legal content. Many of these are free and have working search functionality too. As such, we do not recommend that Kodi users install or stream content with Ultra IPTV.

What is it? Bennu is what’s known as a link-scraper. It finds links to a mixture of on-demand and live content hosted on multiple sites. It then collects these links in one place for the user to access.

Why should you avoid it? While Bennu offers some legal TV streams, none of them are airing Star Trek Discovery. Additionally, since Bennu primarily provides access to unlicensed content, the CBS  won’t make any money from you watching Star Trek Discovery through Bennu. Even if you disregard these issues, you can’t search for a specific show. Finding  particular titles involves looking through several layers of menus until you either find it or leave disappointed.

For the reasons above, we do not recommend that Kodi users install or stream content with Bennu.

Stream All The Sources

What is it? Stream All The Sources, or SALTS, is another third-party link-scraper. It focuses on providing movies and TV shows, however the vast majority of its sources are illegitimate.

Why should you avoid it? Because of the frequency with which SALTS’ providers receive copyright claims, many of its remaining links are to low-quality copies of films or TV shows. Considering how little a Netflix subscription costs, if you’re excited about the release of Star Trek Discovery it makes no sense to accept anything less than the highest quality video. This has the added benefit of allowing you to support the show’s creators and encourage the creation of similar content in the future.

Because of this addon’s extremely limited selection of legitimate providers, we do not recommend that Kodi users install or stream content with Stream All The Sources.

Star Trek Discovery is available on several online streaming platforms so there are a multitude of different ways to tune in. While your options for watching Star Trek Discovery with Kodi are fairly limited, it is still possible. As third-party addons lose favor, more copyright holders will make their content available. This is something the Kodi team have expressed interest in before, and with many providers offering dedicated apps for mobile devices, Kodi is the next logical step.