Routing protocols determine how your data gets to its destination and helps to make that process as smooth as possible. Learn about the various types of routing protocol that you will encounter in a modern networking environment.
Tim Keary Network administration expert 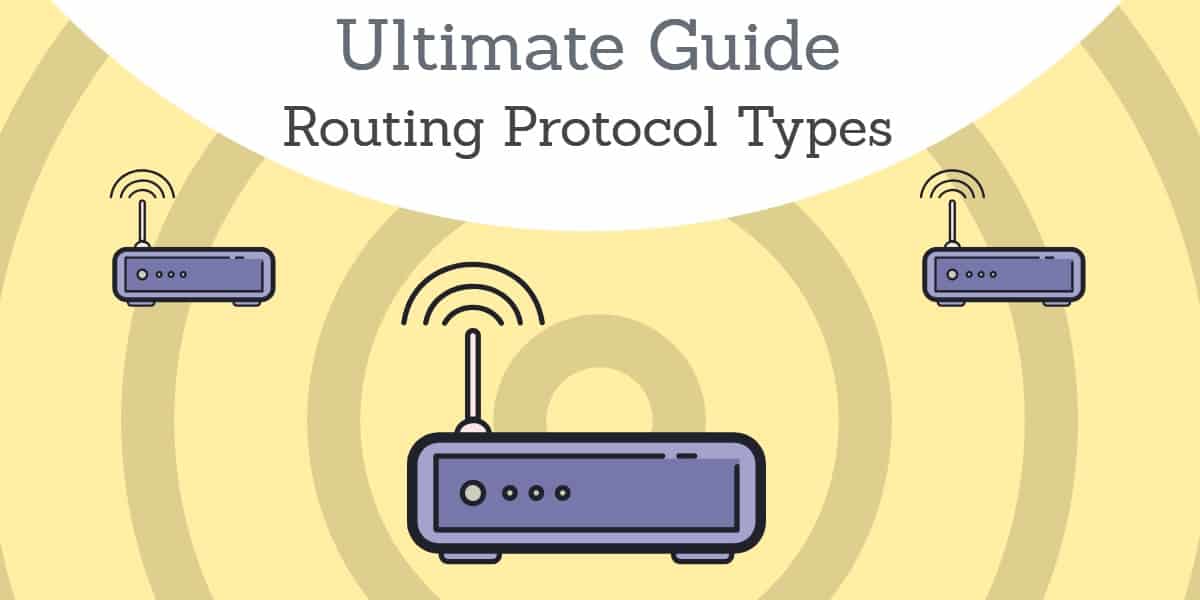 Routing is one of the most fundamental areas of networking that an administrator has to know. Routing protocols determine how your data gets to its destination and helps to make that routing process as smooth as possible. However, there are so many different types of routing protocol that it can be very difficult to keep track of them all!

Before we get to looking at the routing protocols themselves, it is important to focus on the categories of protocols.

All routing protocols can be classified into the following:

Distance vector routing protocols are protocols that use distance to work out the best routing path for packets within a network.

These protocols measure the distance based on how many hops data has to pass to get to its destination. The number of hops is essentially the number of routers it takes to reach the destination.

Generally, distance vector protocols send a routing table full of information to neighboring devices. This approach makes them low investment for administrators as they can be deployed without much need to be managed. The only issue is that they require more bandwidth to send on the routing tables and can run into routing loops as well.

Link state protocols take a different approach to finding the best routing path in that they share information with other routers in proximity. The route is calculated based on the speed of the path to the destination and the cost of resources.

Link state routing protocols use an algorithm to work this out. One of the key differences to a distance vector protocol is that link state protocols don’t send out routing tables; instead, routers notify each other when route changes are detected.

IGPs are routing protocols that exchange routing information with other routers within a single autonomous system (AS). An AS is defined as one network or a collection of networks under the control of one enterprise. The company AS is thus separate from the ISP AS.

Each of the following is classified as an IGP:

On the other hand, EGPs are routing protocols that are used to transfer routing information between routers in different autonomous systems. These protocols are more complex and BGP is the only EGP protocol that you’re likely to encounter. However, it is important to note that there is an EGP protocol named EGP.

Examples of EGPs include:

Routing Information Protocol or RIP is one of the first routing protocols to be created. RIP is used in both Local Area Networks (LANs) and Wide Area Networks (WANs), and also runs on the Application layer of the OSI model. There are multiple versions of RIP including RIPv1 and RIPv2. The original version or RIPv1 determines network paths based on the IP destination and the hop count of the journey.

RIPv1 interacts with the network by broadcasting its IP table to all routers connected to the network. RIPv2 is a little more sophisticated than this and sends its routing table on to a multicast address. RIPv2 also uses authentication to keep data more secure and chooses a subnet mask and gateway for future traffic. The main limitation of RIP is that it has a maximum hop count of 15 which makes it unsuitable for larger networks.

Interior Gateway Protocol or IGRP is a distance vector routing protocol produced by Cisco. IGRP was designed to build on the foundations laid down on RIP to function more effectively within larger connected networks and removed the 15 hop cap that was placed on RIP. IGRP uses metrics such as bandwidth, delay, reliability, and load to compare the viability of routes within the network. However, only bandwidth and delay are used under IGRP’s default settings.

IGRP is ideal for larger networks because it broadcasts updates every 90 seconds and has a maximum hop count of 255. This allows it to sustain larger networks than a protocol like RIP. IGRP is also widely used because it is resistant to routing loops because it updates itself automatically when route changes occur within the network.

Open Shortest Path First or OSPF protocol is a link-state IGP that was tailor-made for IP networks using the Shortest Path First (SPF) algorithm. The SPF routing algorithm is used to calculate the shortest path spanning-tree to ensure efficient data transmission of packets. OSPF routers maintain databases detailing information about the surrounding topology of the network. This database is filled with data taken from Link State Advertisements (LSAs) sent by other routers. LSAs are packets that detail information about how many resources a given path would take.

OSPF also uses the Dijkstra algorithm to recalculate network paths when the topology changes. This protocol is also relatively secure as it can authenticate protocol changes to keep data secure. It is used by many organizations because it’s scalable to large environments. Topology changes are tracked and OSPF can recalculate compromised packet routes if a previously-used route has been blocked.

Exterior Gateway Protocol or EGP is a protocol that is used to exchange data between gateway hosts that neighbor each other within autonomous systems. In other words, EGP provides a forum for routers to share information across different domains. The most high profile example of an EGP is the internet itself. The routing table of the EGP protocol includes known routers, route costs, and network addresses of neighboring devices. EGP was widely-used by larger organizations but has since been replaced by BGP.

The reason why this protocol has fallen out of favor is that it doesn’t support multipath networking environments. The EGP protocol works by keeping a database of nearby networks and the routing paths it could take to reach them. This route information is sent on to connected routers. Once it arrives, the devices can update their routing tables and undertake more informed path selection throughout the network.

Enhanced Interior Gateway Routing Protocol or EIGRP is a distance vector routing protocol that is used for IP, AppleTalk, and NetWare networks. EIGRP is a Cisco proprietary protocol that was designed to follow on from the original IGRP protocol. When using EIGRP, a router takes information from its neighbors’ routing tables and records them. Neighbors are queried for a route and when a change occurs the router notifies its neighbors about the change. This has the end result of making neighboring routers aware of what is going on in nearby devices.

EIGRP is equipped with a number of features to maximize efficiency, including Reliable Transport Protocol (RTP) and a Diffusing Update Algorithm (DUAL). Packet transmissions are made more effective because routes are recalculated to speed up the convergence process.

Border Gateway Protocol or BGP is the routing protocol of the internet that is classified as a distance path vector protocol. BGP was designed to replace EGP with a decentralized approach to routing. The BGP Best Path Selection Algorithm is used to select the best routes for data packet transfers. If you don’t have any custom settings then BGP will select routes with the shortest path to the destination.

BGP only sends updated router table data when something changes. As a result, there is no auto-discovery of topology changes which means that the user has to configure BGP manually. In terms of security, BGP protocol can be authenticated so that only approved routers can exchange data with each other.

Under IS-IS routers are organized into groups called areas and multiple areas are grouped together to make up a domain. Routers within the area are placed with Layer 1 and routers that connect segments together are classified as Layer 2. There are two types of network addresses used by IS-IS; Network Service Access Point (NSAP) and Network Entity Title (NET).

No matter what type of routing protocol is being used, there will be clear metrics that are used to measure which route is the best to take. A routing protocol can identify multiple paths to a destination network but needs to have the ability to work out which is the most efficient. Metrics allow the protocol to determine which routing path should be chosen to provide the network with the best service.

The simplest metric to consider is hop count. The RIP protocol uses hop count to measure the distance it takes for a data packet to reach its destination. The more hops that a packet has to travel through, the farther the packet has to travel. Thus the RIP protocol aims to choose routes while minimizing hops where possible. There are many metrics besides hop count that are used by IP routing protocols. Metrics used include:

Of course, within all of these categories, each protocol has its own nuances in how it measures the best routing path, whether that is by hop count, delay, or other factors. Learning everything you can about these protocols that you retain during day-to-day networking will aid you greatly in both an exam and real-world environment.

How do Bellman-Ford Algorithm and Dijkstras algorithm work differently in routing protocols?

What is the difference between forwarding and routing?

Forwarding is an internal process for a network device, such as a switch. It just requires the device to transfer data received on one interface out through another interface. Routing involves calculating a path to a destination before deciding which interface to transfer out the incoming data.

Why BGP is preferred over OSPF?

BGP offers more flexibility and more control to the creators and owners of a device than OSPF. BGP processes include options on what routes should be advertised and which notifications will be accepted by the device. It offers more control over route selection. This enables more flexibility to avoid overloading on particular links, which OSPF would automatically assume to provide the fastest route.