How to watch the PGA Championship 2020 live online from anywhere

Are you looking to watch the BMW PGA Championship 2020 live? In this article, we'll explain how you can live stream the PGA Championship online from anywhere in the world (for free!) using a Virtual Private Network (VPN).
Ian Garland Streaming, Kodi and VPN Expert 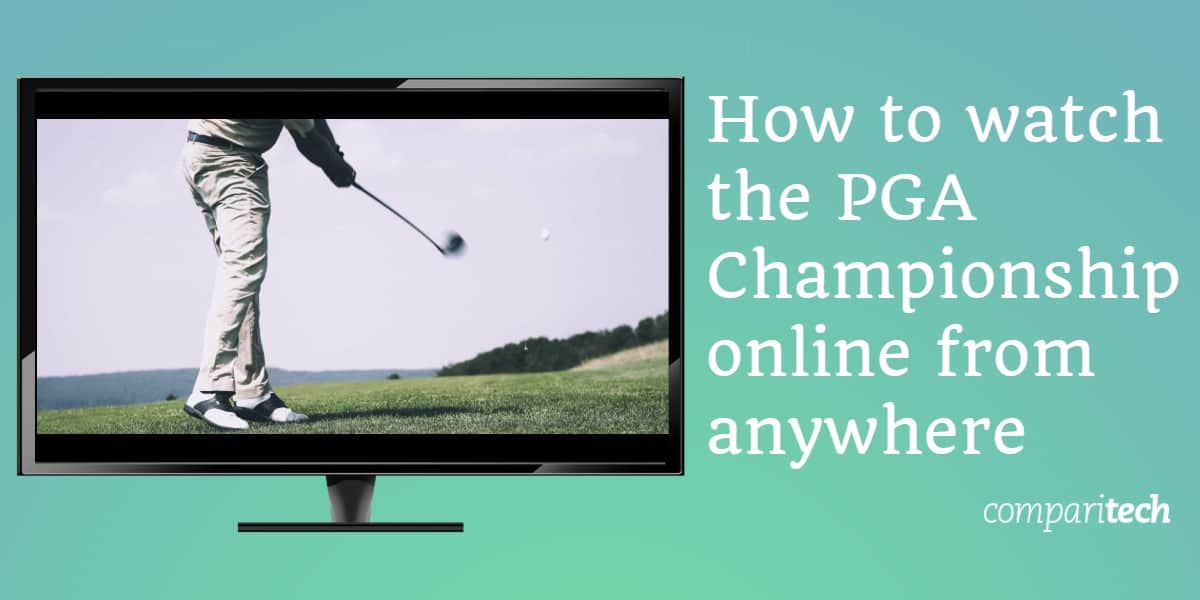 This year’s BMW PGA Championship will take place from October 8–11 at the Wentworth Club in Surrey, England. With some of the world’s best golfers participating, we’re guaranteed to see some fantastic play over the weekend. Can’t make it to the UK in person? Don’t worry: below, we’ll explain how to watch the PGA Championship live online from anywhere, even abroad.

We’ll only be recommending official PGA Championship broadcasters. Unlicensed streams are almost inevitable for high-profile sporting events like this but we strongly advise against using them. Not only do they usually offer laggy, low-resolution video, there’s also a chance that they’ll be taken down partway through for copyright violation, meaning you might not get to see who wins. As you can watch the entire tournament for free anyway, there’s really no advantage to using unauthorized streams.

Most of the services showing this event are geo-restricted. As such, you’ll have to use a VPN to access your home services from abroad.

New to VPNs and not sure how to get started? Follow the steps below to bypass regional restrictions and watch the PGA Championship live from anywhere.

Here’s how to watch the PGA Championship live online from anywhere:

As the 2020 BMW PGA Championship will be broadcast live, we recommend making sure your VPN works (using the steps above) well before its due to begin. This way, if you run into any unexpected problems, you’ll have plenty of time to contact your VPN’s customer support team.

The 2020 BMW PGA Championship will be streamed live on The Golf Channel. The first two rounds will begin at 6:30 AM EST, with the final two starting at 6 AM.

Usually, to watch The Golf Channel online, you’ll have to pay $49 USD or CAD for a three-month subscription to NBC’s GOLFPASS. However, this service actually comes with a seven-day free trial. This means that you can simply sign up, watch the PGA Championship live, then cancel your subscription to avoid being charged.

The Golf Channel is region-locked, so you’ll have to either be in the US or connected to an American VPN server to watch. ExpressVPN offers a 30-day money-back guarantee, meaning you can use it to stream the PGA Championship risk-free.

Where else can I watch the PGA Championship 2020 live online?

It’s actually quite simple to stream the 2020 BMW PGA Championship online. Below, we’ll let you know which networks are showing this tournament in your country:

Sky Sports is the UK’s exclusive BMW PGA Championship broadcaster. Already get Sky Sports as part of your cable TV package? If so, you can stream this event at no added cost on via the Sky website or Sky Go app. Sky TV customers can get the sports channels from £18 per month, but with no long-term contracts, no need for cable, and a slightly lower price, most people would be better served by Now TV’s Sky Sports pass.

The PGA Championship runs for four days, so while daily passes are available (£9.99), the best option is the £33.99 monthly pass. You don’t need a Now TV account to purchase a sports pass, either, so there aren’t any additional costs.

Both of these services are geo-blocked and only accessible from within the UK. British golf fans can still watch from abroad by connecting to one of their VPN’s UK servers, though.

Fox Sports has exclusive rights to show the PGA Championship 2020 in Australia. It’ll be broadcast live, although due to the time difference, this means that coverage will run from 9:30 PM–3:30 AM AEST during the first two rounds. On the final two days, the broadcast is scheduled to begin at 9 PM and 10:30 PM, respectively.

If you’re an existing Foxtel customer and have the sports channel pack, you can just log in to Foxtel Go and start streaming right away. Golf fans who don’t have cable can take advantage of Foxtel Now’s ten-day trial instead; just remember to cancel once the championship is over to avoid being charged.

These services are region-locked, meaning you’ll have to either be in Australia or connected to an Australian VPN server to use them.

Can I watch the PGA Championship with a free VPN?

While using a free VPN can seem like an easy way to stay safe online, we’d strongly advise against using one. To start with, their servers are usually not capable of handling the number of users they have. This leads to stuttering video that takes forever to load, intermittent connections, and overall, a frustrating experience. Some even make you wait in a queue and institute monthly data limits; as HD streaming is fairly data-intensive, free VPNs are a less than ideal solution.

It’s not just your personal information at risk, it’s your system’s security too. There are over 100 free VPNs out there that claim to keep you safe, but which don’t encrypt your data and actively try to install malware on your device. Further, we’ve even seen cases where a free VPN has allowed (and profited from) its customers’ bandwidth being used in a botnet. VPNs are designed to increase your security, not open you up to threats like ransomware, keyloggers, and adware. To protect yourself and your system, we recommend using a respected VPN service that puts its users’ privacy first.