How to watch Alex Rider season 2 online from anywhere 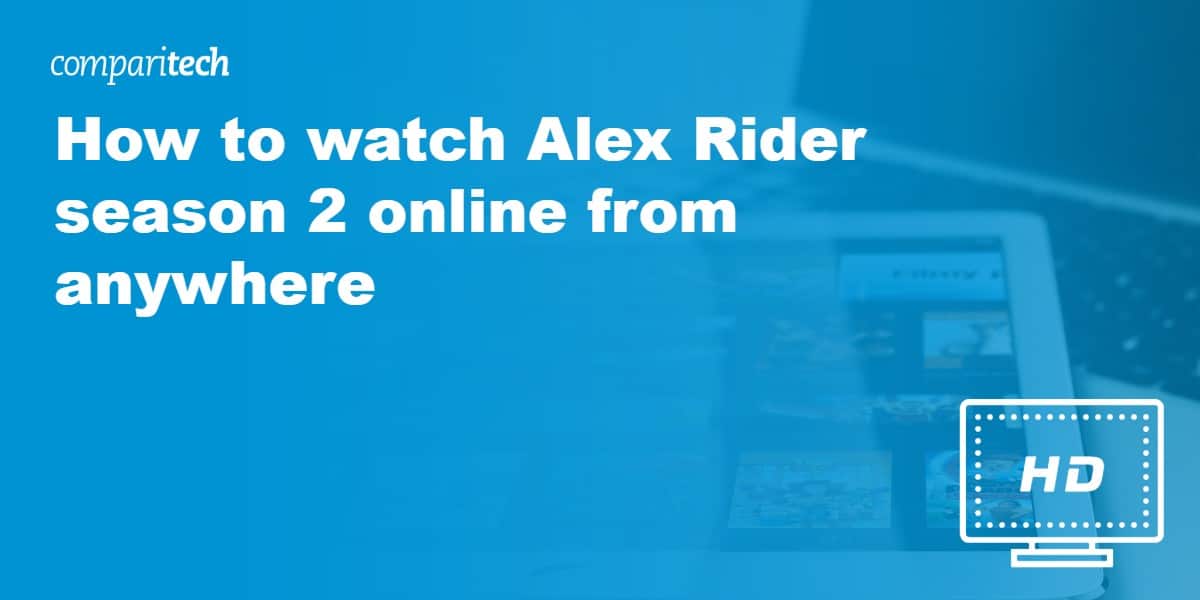 Alex Rider season 2 is set to premiere on Friday, December 3. Based on Anthony Horowtiz’s novel series of the same name, season 2 of the British spy thriller is an adaptation of Eagle Strike, the fourth book in the series. The trouble is that it’s only available to stream in select countries such as the US. As such, you may well need a VPN if you want to watch Alex Rider season 2 online while traveling abroad.

In this post, we’re only recommending official sources for watching Alex Rider season 2 online. Any unlicensed streams you happen to come across are highly likely to be low resolution. Lag and buffering will also be frequent, interrupting your streaming experience. The good news is that by using a VPN with one of the official sources listed further below, you can watch Alex Rider season 2 in high resolution without interruption.

Alex Rider season 2 will only be streaming on region-locked platforms. To continue watching via your usual streaming service from home while abroad, a VPN is required.

How to watch Alex Rider (TV Series) online with a VPN

Before we take you through the step-by-step setup instructions, we should briefly explain how a Virtual Private Network (VPN) works. A VPN is a service that creates a secure connection between your device and the websites and services you visit. Further, connecting to a server changes your IP address which lets you bypass geographic restrictions such as those surrounding Alex Rider.

Here’s how to watch Alex Rider online from anywhere:

NordVPN is offering a fully-featured risk-free 30-day trial if you sign up at this page. You can use the VPN rated #1 for Amazon Prime Video with no restrictions for a month—perfect if you’re looking for a little time to test it out.

Alex Rider season 2 will be available to stream on IMDb TV. This is available in the US while it also recently launched in the UK. Owned by Amazon, IMDb TV is free and supported by ads. As such, you don’t even need an Amazon Prime subscription to watch. However, a free Amazon account is required. Once signed in to your Amazon account, you’ll be able to watch IMDb TV content such as Alex Rider season 2 online for free.

If you’re traveling outside the US or UK and want to continue watching Alex Rider season 2 on IMDb TV, you’ll need to connect to a VPN. Without it, you’ll find the content to be region-locked and unavailable to stream in your location. Can’t decide which VPN to use? NordVPN works well with Amazon Prime Video and even includes a 30-day money-back guarantee, allowing you to try it, risk free.

Where else can I watch Alex Rider season 2 online?

While Alex Rider season 2 is available on IMDb TV in the US and UK, it will be available via Amazon Prime Video in Australia, Canada, Germany, Italy, Latin America, and New Zealand. This means that you’ll need a paid subscription to watch in these countries. The good news is that new customers are eligible for a free trial of the service (usually available for 30 days).

Due to copyright and licensing, Amazon Prime Video content varies by country. As such, you’ll need to connect to a VPN server in one of the aforementioned countries to watch Alex Rider season 2 online. For example, connecting to a server in Australia ensures you’re assigned an Australian IP address. You can then watch that country version of Amazon Prime from anywhere in the world.

What should I know about Alex Rider season 2?

Alex Rider season 2 is based on Eagle Strike, the fourth book in Anthony Horowitz’s Alex Rider spy novel series. This follows on from season 1 which was based on Point Blanc and before that, a 2006 movie of the first novel, Stormbreaker.

Like the first season, Alex Rider season 2 will consist of eight episodes, each with a running time of approximately 45 minutes. The new season sees Alex trying to return to a normal life following the events of season 1. However, the attack of his friend’s father pulls Alex back in as he discovers a link between a dangerous hacker and a tech billionaire.

Who is in the cast of Alex Rider season 2?

Otto Farrant of course returns as eponymous protagonist Alex Rider while Vicky McClure is back as Mrs Jones. There will also be some new additions to the cast such as Toby Stephens who is set to play tech billionaire Damian Cray. He’s joined by Brenock O’Connor as Tom Harris, Ronkẹ Adékoluẹjo as Jack Starbright, Marli Siu as Kyra Vashenko-Chao, Rakie Ayola as Jo Byrne, and Charithra Chandran as Sabina Pleasance.