How to watch Fear the Walking Dead Season 7 online 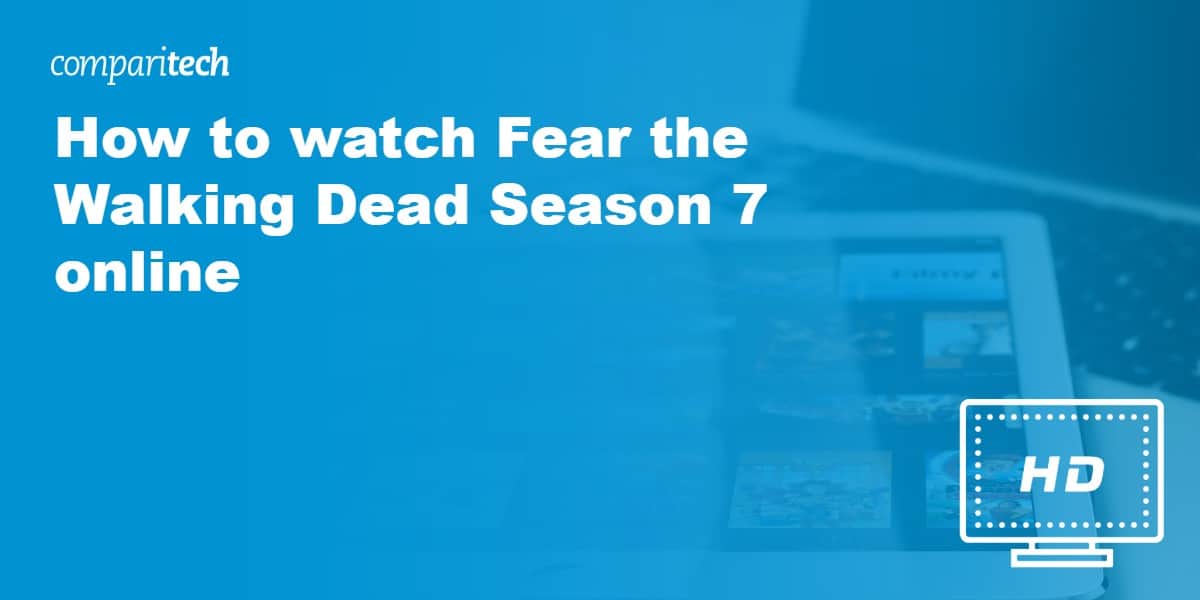 In the US, Fear the Walking Dead season 7 will air on AMC at 9 PM Eastern on October 17. UK Fans can watch it right alongside their American counterparts, due to a specially timed simultaneous launch at 2 AM on Monday, October 18.

Important: We only recommend using official sources to watch Fear the Walking Dead. This not only guarantees that you’re getting the highest possible quality video, but also helps support the people who make the show possible. As a bonus, there’s no chance of having the stream you’re watching suddenly taken offline, either.

Fear the Walking Dead season 7 will only be shown on region-locked streaming services. If you’re traveling abroad and want to watch a streaming platform from back home, you’ll have to use a Virtual Private Network (VPN).

How to live stream Fear the Walking Dead online from abroad

New to VPNs? Don’t worry: they’re really quite simple to use. Below is our step-by-step guide on how to unblock and stream Fear the Walking Dead from anywhere in the world.

Here’s how to watch Fear the Walking Dead Season 7 online from anywhere:

Fear the Walking Dead will broadcast live, so we recommend spending a few minutes making sure your VPN works properly before the premiere. If you run into any problems, contact your VPN’s support team for assistance.

AMC helps produce The Walking Dead and Fear the Walking Dead, and has exclusive broadcasting rights to these shows in the US. If your cable TV subscription already includes AMC, you can log into the website and watch online at no extra cost. If you are outside of the US or don’t currently have a cable TV provider, you can sign up for AMC+ for just $4.99 per month.

It’s also possible to stream Fear the Walking Dead online via several other digital TV providers. AMC lets users log in with a Hulu, fuboTV, SlingTV, or YouTube TV account. These services all offer a free trial, but since prior seasons have run for several months, eventually, you’ll have to get a subscription. Hulu is the least expensive option, costing just US$5.99 per month, and conveniently, seasons 1–6 are included in its on-demand library.

All of these services are region-locked, meaning you can’t ordinarily stream them outside of the US. Luckily, it is easy to access all of them with the right VPN. NordVPN offers a 30-day money back guarantee, so you can try it risk free.

WANT TO TRY THE TOP VPN FOR FTWD RISK FREE?

NordVPN is offering a fully-featured risk-free 30-day trial if you sign up at this page. You can use the VPN rated #1 for Fear the Walking Dead without limits or restrictions for a month – great if you want to stream the premiere online outside the US or UK.

Where else can I watch Fear the Walking Dead online?

This show has a huge international fanbase and can be watched online in quite a few countries. Here’s how to stream Fear the Walking Dead where you are:

Traditionally, new episodes of Fear the Walking Dead have aired simultaneously in the UK and US. This means that British fans can expect some late nights – with new episodes premiering at around 2 AM BST.

in the UK, AMC is only available on BT TV, so if you’re with a different cable or satellite provider (or simply don’t have cable), you won’t be able to watch season 6 live.

The good news is that BT TV App now allows you to watch its content online. As a result, you can watch AMC on your computer, tablet, smartphone, Samsung Smart TVs, and Apple TV devices.

At the moment, the first four seasons are included with Amazon Prime Video, and the fifth is available for purchase (£2.49 per episode or £12.99 for the whole series). This makes it very likely that season six will be added to the platform soon.  That said, it will be some time before Prime Video UK gets its hands on season 7.

BT TV and Amazon Prime Video are both geo-restricted. If you’re outside the UK, you’ll need a VPN to stream Fear the Walking Dead on either service.

The new season of Fear the Walking Dead will air every Monday on Fox Showcase at 1 PM, with a repeat at 9:30 PM AEST. Current Foxtel TV subscribers can log in and watch online via the Foxtel Go app. Alternatively, it’s possible to sign up for Foxtel Now ($25 AUD per month after a 10-day trial) and watch online without cable.

The Australian streaming provider Binge will also be showing live streams of each episode. A 14-day trial is available if you want to try this streaming provider. Following that, subscriptions start at $10 AUD per month.

If you’re looking to catch up before season six starts, you’ll find all five previous seasons on Foxtel Now and Binge ($10 per month, with a two-week trial). However, both of these platforms are region-locked, so you’ll need a VPN to access them from outside Australia.

What do we know about Fear the Walking Dead season 7?

The trailer for the new season is full of potential clues but unlike with The Walking Dead, there’s no source material to cross-reference them with.

That said, since season 6 the worlds of Fear the Walking Dead and The Walking Dead have begun to share a timeline; namely during the period of time when the group is destroyed by Virginia and the Pioneers.

In season 7, things will get even bleaker for the survivors who will now have to fight off the walkers while also dealing with the aftermath of the nuclear attack set off by Teddy (John Glover). To find out what happens, and to whom, you’ll have to tune in for yourself when the new season airs.