How to watch the GRAMMY Awards 2021 live online

Want to live stream the 63rd GRAMMY Awards while traveling abroad? Find out how a Virtual Private Network (VPN) can help you watch the GRAMMY Awards live online from anywhere in the world.
Aimee O'Driscoll VPN AND CYBERSECURITY EXPERT 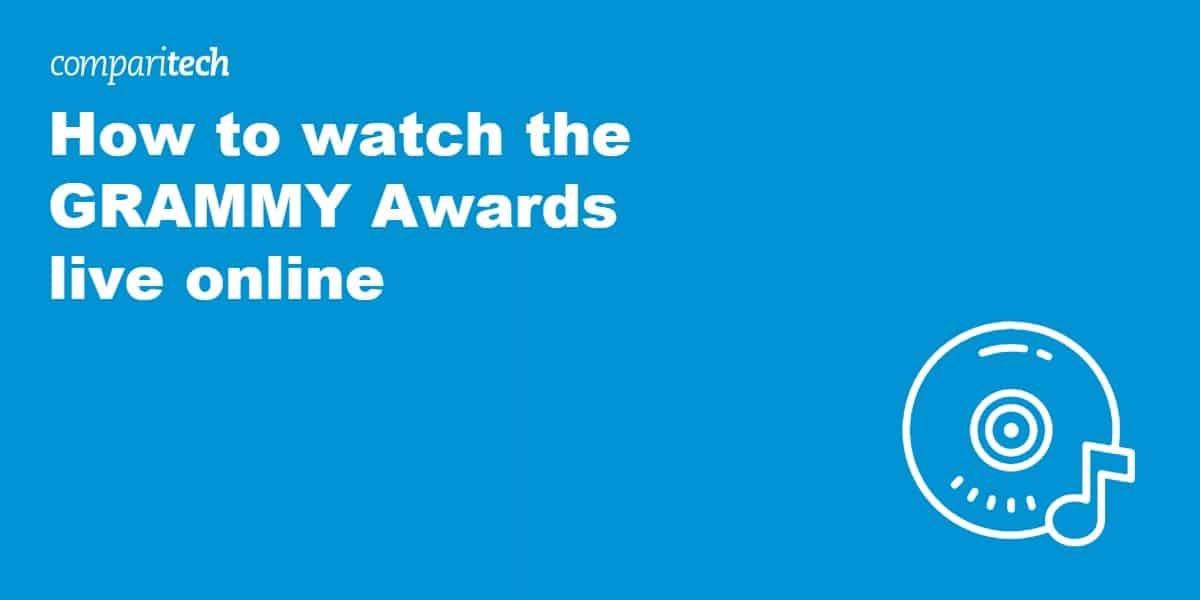 With almost 19 million people tuning in to watch last year’s GRAMMY Awards, this is one popular event. The 63rd Annual GRAMMY Awards will be taking place in the Los Angeles STAPLES Center on Sunday, March 14th at 5PM PST (8PM EST / 1AM GMT). Only a few broadcasters across the globe will be showing the awards, so if you’re traveling abroad, you might have trouble watching the GRAMMYs live. For many viewers, a Virtual Private Network (VPN) can help by spoofing your location and allowing you to watch services from back home.

In this post, we’ll explain how to change your IP address (and evade geolocation restrictions) using a VPN. We’ll also reveal which streams are accessible depending on where you’re located. Note that there will likely be unlicensed streams available. However, these are prone to poor quality and may be taken down partway through the show, so we’ll only be discussing official broadcasters.

Many of the channels airing this event will not work if you’re abroad. To connect to your usual services while traveling, you’ll need to use a VPN.

If you want to access a geo-restricted streaming platform from abroad, you need to get a new IP address. A VPN will route your internet traffic through an intermediary server in a country of your choice, enabling you to spoof your location. Don’t worry; even if you’ve never used one before, they’re very easy to navigate.

Here’s how to watch the GRAMMY Awards 2021 live online from anywhere:

It’s a good idea to test out the connection before the show starts so you have a chance to iron out any issues.

How to live stream the GRAMMY Awards on US TV

CBS has the rights to broadcast the GRAMMY Awards 2021 in the US. CBS is included in basic cable packages, so anyone with one of those will be able to watch on TV. However, access to the live streaming platform offered by CBS, called CBS All Access, is not included in a cable package and you’ll need to pay for a subscription. The cost is $9.99 per month for an ad-free experience or $5.99 per month if you’re willing to go for the Limited Commercials option.

Now, both of these plans do come with a one-week free trial, so it’s possible to just sign up, watch the GRAMMY Awards, and cancel your subscription before the payment period kicks in. You are required to submit payment information to access the free trial, and the billing address must be a US or Canadian one, meaning that the option to watch for free is only really available to US or Canadian viewers or those with access to a US or Canadian credit card.

If you have a CBS All Access subscription, but you’re traveling abroad, you can connect to a US VPN server and log in as normal. Similarly, if you’re abroad and want to sign up using a US credit card, a US VPN server connection is needed. Don’t have a VPN? NordVPN is ideal for streaming as it’s extremely fast and very reliable. It even offers a no-fuss 30-day money-back guarantee, so you can use it to watch the GRAMMY Awards and get your money back afterward.

Where else can I watch the GRAMMY Awards online?

Here are the major broadcasters airing the show in other parts of the globe:

In Canada, Citytv will broadcast the awards show live. To watch live streams online, you’ll need to sign in with details from a Canadian cable provider.

As an alternative, CBS also allows Canadians to sign up. You can get a one-month free trial, but you need to provide credit card information. If you’re outside Canada but have a credit card with a Canadian billing address, you can still sign up for the free trial by connecting to one of your VPN’s Canadian servers and visiting the Canadian CBS All Access site.

Foxtel will once again be airing the awards show live on Arena TV. The live show will be broadcast at 12 pm on Monday, March 15th, and there’ll be a primetime encore at 7:30 pm. It will be available to live stream via Foxtel Now.

Foxtel Now’s basic package includes Arena and costs $25 (AUD) per month. However, there’s currently a 10-day free trial meaning you could watch the GRAMMY Awards for free by canceling before your trial is over.

If you’re a Foxtel subscriber but are traveling outside Australia, you can use an Australian VPN server and log in as normal.

If you live in the UK, you’re pretty much out of luck for local live streams as no British broadcasters have the rights to show the GRAMMY Awards show live on TV or online. In previous years, there has been a highlight show broadcast within a few days of the event, via 4Music, so look out for notification of that.

Who are the 63rd GRAMMY award nominees?

The nominations were announced in November 2020 with Beyoncé being up for the most awards with nine nods in total. Dua Lipa, Roddy Ricch, and Taylor Swift aren’t too far behind with six nominations each.

Here’s who’s up for some of the most prestigious categories.

Record of the Year

Album of the Year