How to watch Last Tango in Halifax online 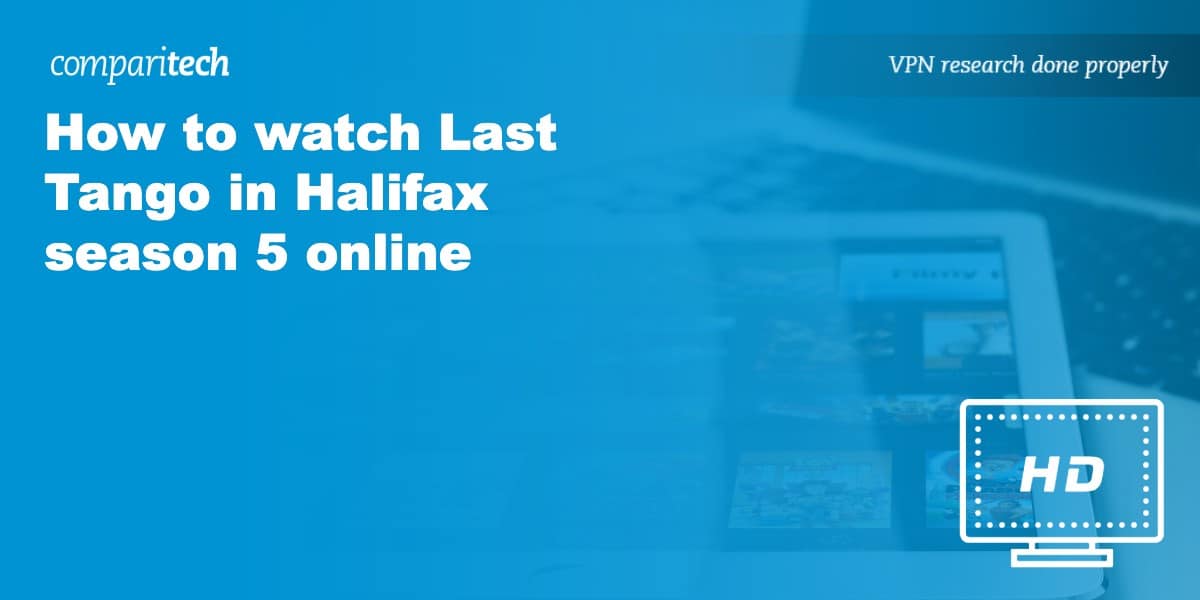 Season five of Last Tango in Halifax aired on BBC One in February of last year. Now, fans of the show are wondering when season 6 will arrive. Unfortunately, so far there has been no official announcement. However, the show’s writer, Sally Wainwright, has stated that she is interested in writing more episodes. So a new season could potentially arrive later in 2022 or 2023.

For now,  the only option is to watch re-runs of Last Tango in Halifax. The good news is that this is easy because all five seasons are available to stream on BBC iPlayer. This means that any UK resident can stream the show, and if you happen to be out of the country on vacation, you can easily use a VPN to get a UK IP address and watch the first five seasons from anywhere.

We only recommend watching via official sources. Although unofficial streams may be available, these tend to have laggy, low-resolution video, and worse, they can be taken offline at any moment for copyright violation. Considering you can watch Last Tango in Halifax for free anyway, there’s no benefit to using shady, third-party streams.

How to watch Last Tango in Halifax abroad with a VPN

So what exactly is a VPN? Simply, it’s an application that allows you to connect to servers all over the world. This not only encrypts your traffic, greatly enhancing your security, it also means you can change your IP address and trick services into thinking you’re in a different country. It’s really quite simple to unblock Last Tango in Halifax abroad; just follow the steps below.

Here’s how to watch Last Tango in Halifax online from anywhere (outside UK):

Since new episodes of Last Tango in Halifax will be broadcast live, we recommend taking a few minutes ahead of time to make sure your VPN works properly. This way, you can avoid any disappointment that last-minute technical trouble could cause. Most top VPN providers offer 24/7 support via live chat, so you should be able to get help with any problems quite quickly.

In the UK, Last Tango in Halifax is exclusively available on the BBC. This means that you can watch all five seasons free of charge on BBC iPlayer. If a new season eventually arrives, each episode will be added to the service’s on-demand library a few hours after they finish airing on TV. For now, however, you will have to make do with the first 5 seasons.

The good news is that BBC iPlayer has every previous episode, including the seasonal specials, available to watch for free for the next year. You will need a TV license to use the BBC iPlayer, but this service doesn’t actually verify whether you have one or not. An alternative is to purchase seasons 1–3 for £4.99 each on Amazon Prime Video.

BBC iPlayer is geo-restricted and only available to users in the UK. However, if you’re abroad on vacation, you can access it as normal by connecting to a British VPN server. Don’t have a VPN yet? NordVPN comes with a 30-day money-back guarantee that lets you try it risk-free. If you’re unsatisfied (or simply don’t need it after this series ends), just cancel to receive a full refund.

Where else can I stream Last Tango in Halifax online?

Like many other BBC shows, Last Tango in Halifax is available to watch in the United States. Read on to find out how you can stream it outside of the UK:

PBS previously broadcast the first four seasons of Last Tango in Halifax, so it’s a safe bet that it will eventually get season 5 too. Thus far, you can watch the first 4 seasons with a PBS Passport account. This costs $5 USD per month.

If you’d like to get caught up on older episodes elsewhere, you can purchase them for $4.99 each on Amazon Prime Video. In fact, this service even offers both of the seasonal special episodes, which were never broadcast on PBS.

What happened in the fifth season of Last Tango in Halifax?

If you hate spoilers then we recommend you head straight over to iPlayer. Season five of The Last Tango in Halifax saw Celia (Anne Reid) and Alan (Derek Jacobi) face off against the seven-year itch. Alan attempted to keep himself busy by getting a job at the local supermarket, but Celia wasn’t keen on spending so much time alone. Meanwhile, Gillian and Caroline had their own (slightly less serious) issues to contend with.