How to watch NCIS season 19 online from anywhere

Don’t want to miss the new season of NCIS? While you can watch NCIS season 19 online, you’ll need a VPN if you want to do so while traveling abroad (outside the US).
Mark Gill TECH JOURNALIST, VPN AND PRIVACY SPECIALIST 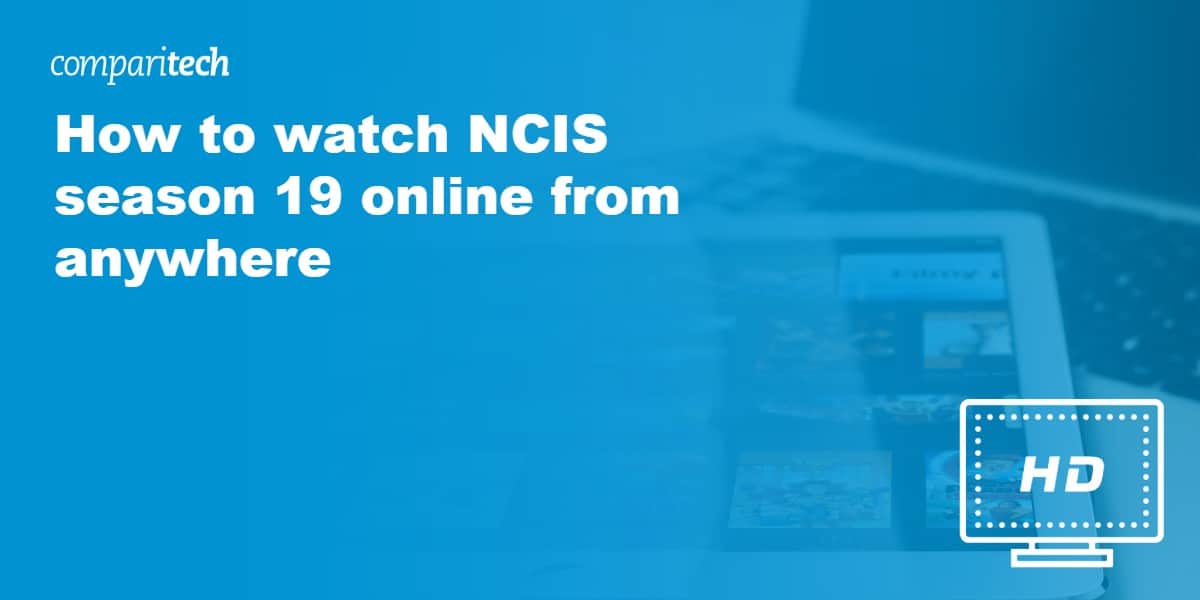 NCIS season 19 is set to premiere on Monday, September 20, at 9 PM EST (6 PM PST). Fans of the show have been eagerly awaiting its return following season 18’s cliffhanger finale. If the season 19 promo trailer is anything to go by, we can expect plenty of twists and turns including discovering Gibbs’ fate! However, CBS is only available in the US. Don’t worry, though — we’ll explain how you can securely stream the new season while traveling abroad using a Virtual Private Network (VPN).

Note that we’ll only be recommending official sources for watching NCIS season 19 online. The reason for this is that unlicensed streams tend to be low-quality with performance issues such as lag and buffering. They also run the risk of being taken offline for violating copyright. If you’d like to avoid such issues and watch NCIS season 19 online in high definition, all you need to do is stick with the official sources and use a quality VPN service.

Due to the fact that NCIS season 19 will only be shown on region-locked platforms, you’ll need a VPN if you want to watch it from abroad via your usual home streaming service.

How to watch NCIS season 19 online with a VPN

A VPN service routes your internet traffic through an encrypted tunnel, providing improved online security. When connecting to a VPN server, you’re assigned a different IP address. This makes it appear as if you’re accessing a website or service from another location, allowing you to access your usual content as you travel.

Here’s how to live stream NCIS season 19 from abroad using a VPN:

NCIS season 19 will air live on CBS. It’s a good idea to test your VPN ahead of the Season 19 premiere. If you have any trouble streaming the content from overseas, you should then have enough time to troubleshoot the issue with your VPN’s customer support service.

WANT TO TRY THE TOP VPN FOR CBS RISK-FREE?

NordVPN is offering a fully-featured risk-free 30 day trial if you sign up at this page. You can use the VPN rated #1 for CBS with no restrictions for a month - perfect if you want to test it out with CBS while on vacation.

How to watch NCIS season 19 online in the US

NCIS season 19 will premiere on CBS on Monday, September 20, at 9 PM EST. If you have a US cable TV subscription, you can watch online by going to CBS (via the website or app) and signing in via your TV provider (you’ll be asked to provide an email address or username and password). Once logged in, you should have access to live and on-demand content on CBS, including NCIS season 19.

Fortunately, there are also ways to stream CBS without having to commit to a long-term cable contract. The most affordable option is to subscribe to Paramount Plus (Paramount+). To watch CBS live, you’ll need to choose the Premium plan which costs $9.99 USD a month or $99.99 a year (this works out cheaper at just $8.33/month). It’s worth knowing that a one-week free trial is available for new customers.

Note that you can also watch CBS with a subscription to one of the following TV streaming services: FuboTV, Hulu with Live TV, and YouTube TV. All of these services cost $64.99 each month but the latter two currently have a promotion in which you only pay $54.99 a month for the first three months. All also include free trials.

However you choose to watch CBS, you’ll need a US IP address in order to watch it. Traveling abroad? This requires connecting to a VPN server in the US. Still not decided which VPN is right for you? We recommend NordVPN which comes with a 30-day money-back guarantee so you can try it for yourself, risk-free.

Where else can I watch NCIS season 19 online?

If you’re in Canada then there’s good news! NCIS season 19 is coming to Global TV. In fact, it premieres at the same time as the US (9 PM EST). In order to watch, you’ll need to have a cable TV subscription. You can then sign in to Global TV via web or the official app. Going on vacation outside Canada? Due to geographic restrictions, you’ll need a VPN and Canadian IP address to access Global TV content.

What should I know about NCIS season 19?

NCIS made its TV debut in 2003 and has long aired on Tuesdays at 8 PM EST. However, it has now moved to Mondays at 9 PM. While we don’t know yet how many episodes there will be, it has traditionally been 24 episodes per season (although the last two seasons have seen fewer with 20 and 16 respectively).

Season 18 ended with a major cliffhanger as Gibb’s boat was blown up. However, without a body to be found, there’s still hope! The first episode of Season 19 is titled “Blood In the Water” and follows in the aftermath of the previous season’s dramatic finale. It sees Torres, McGee, and the rest of the team in a race against the clock to find their boss who is described as “family”.

Who is in the cast of NCIS season 19?