Trying to find out how you can watch Rogue Heroes season 1 online? If you’re traveling abroad, Rogue Heroes may be blocked. There’s a way to bypass geographic restrictions and stream it anywhere.
Mark Gill TECH JOURNALIST, VPN AND PRIVACY SPECIALIST 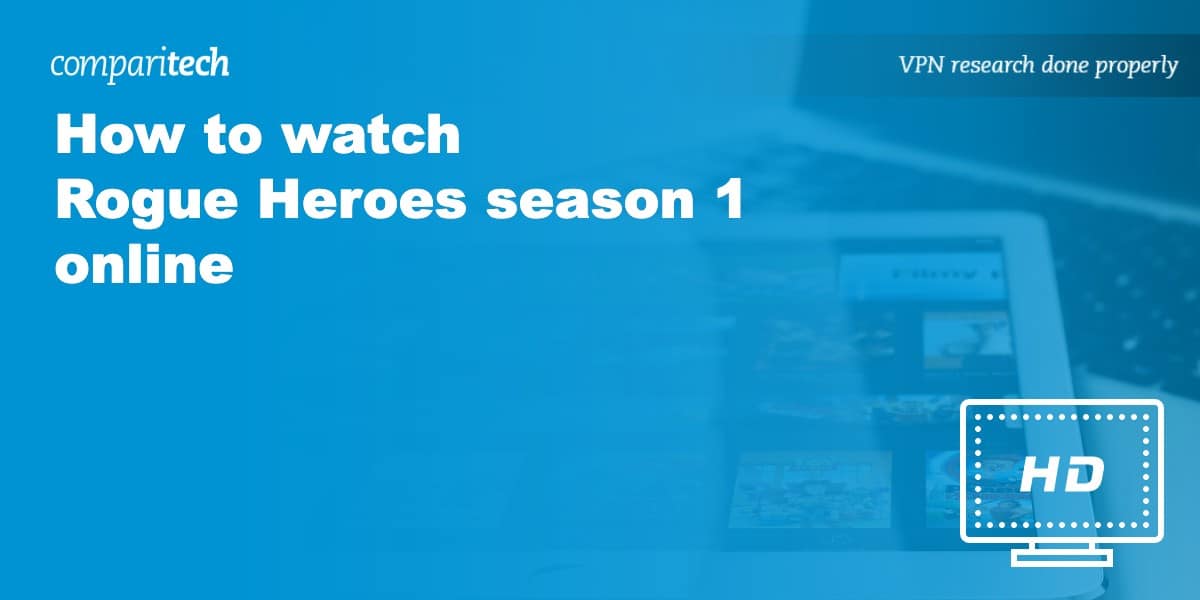 Rogue Heroes season 1 will make its US premiere on Sunday, November 13 at 9 PM EST (6 PM PST). The historical drama portrays the birth of the Special Air Service (SAS) during World War II and consists of six hour-long episodes. Rogue Heroes isn’t available to stream in every country so if you’re on vacation, you may need a Virtual Private Network to watch it without restriction as you would back home. In this post, we’ll explain how you can do this (and which VPN to use).

We’re only recommending official sources for watching Rogue Heroes season 1 online. With unlicensed streams, you’re more likely to miss out. Not only do they tend to be of inferior quality (lower resolution and increased lag), they’re also likely to be taken offline for copyright infringement. Besides, we provide multiple official sources for streaming Rogue Heroes, two of which are free. As such, there’s just no reason to risk unauthorized streams.

Rogue Heroes is only available to stream on region-locked platforms. You’ll need a VPN to continue watching it from abroad via your usual home streaming service.

How to watch Rogue Heroes season 1 online with a VPN

With a VPN, you can change your IP address and make it look as if you’re still streaming from home. It’s for this reason that many people use VPNs while on vacation. Doing so lets you bypass geographic blocks and continue watching Rogue Heroes.

Here’s how to stream Rogue Heroes season 1 from abroad using a VPN:

Each new Rogue Heroes episode will air live on EPIX. It’s a good idea to double check your VPN works with the streaming platform well before the live broadcast. That way, you’ll have time to troubleshoot any issue with your VPN’s support and avoid missing out at the last minute.

ExpressVPN is offering a fully-featured risk-free 30-day trial if you sign up at this page. You can use the VPN rated #1 for Rogue Heroes with no restrictions for a month—great if you want to binge your favorite show or are going on a short trip.

How to watch Rogue Heroes season 1 online in the US

SAS: Rogue Heroes season 1 makes its US premiere on EPIX on Sunday, November 13. If you’ve got cable, you may already have access to EPIX. To watch online, all you’d need to do is sign in via your TV provider. However, it’s also possible to watch EPIX cable-free. One way to do this is via EPIX Now (available via web and app). You can choose from monthly, bi-annual, and annual subscription plans with prices starting from $5.99 (USD) per month. There’s also a 7-day free trial.

Note that you can also stream EPIX via the following TV streaming providers: FuboTV, Philo, Sling TV, and YouTube TV. However, all of these options work out to be far more expensive than subscribing directly with EPIX. Indeed, you’ll need to pay the base subscription (anything from $25 to $69.99/month depending on the service) as well as an extra $5-6 for the EPIX add-on. On the plus side, most of these services offer free trials for new subscribers, some of which are as long as 30 days.

Whether you’re watching Rogue Heroes via EPIX or through a TV streaming service, you’ll need a VPN and US IP address. The reason for this is that all of the above options are only available in the US and are geo-restricted from overseas as a result. Fortunately, NordVPN can bypass blocks and even comes with a 30-day money-back guarantee. You can try it out risk-free and, if you change your mind, request a full refund with no questions asked.

Where else can I watch Rogue Heroes season 1 online?

Before its US premiere, Rogue Heroes aired on BBC One in the UK. Indeed, all six episodes are already available to stream on BBC iPlayer. Better still, this is free to watch (although you do need a TV license to watch content on-demand). Note that you’ll need to register for an account to stream BBC iPlayer content. This requires providing some basic personal information including your date of birth, email address, and a UK postcode.

BBC iPlayer is only available in the UK. If you’re traveling abroad and still want to access your account as usual, you’ll need to connect to a VPN and get a UK IP address.

We don’t yet have a premiere date for Australia although we do know Rogue Heroes will be coming to SBS. However, Rogue Heroes is already airing in New Zealand on TVNZ. To watch online, go to TVNZ+. This is free to watch although, like BBC iPlayer, it does require you to have an account to watch its content. In the signup process, it asks you to provide your name, email address, date of birth, and gender.

Traveling outside New Zealand? You can watch TVNZ from any location by connecting to a VPN server in New Zealand.

What do we know about Rogue Heroes season 1?

SAS: Rogue Heroes is a historical drama from Steven Knight, creator of the highly popular Peaky Blinders. Based on Ben Macintyre’s book of the same name, it’s set in 1941 and charts the creation of the SAS, formed during WWII in North Africa (indeed, most filming took place in Morocco). Rogue Heroes season 1 consists of just six hour-long episodes. While it has been described as a miniseries, creator Steven Knight has stated that there’s another three seasons in the pipeline.

Who is in the cast of Rogue Heroes season 1?