How to Watch Vikings Season 6 Online Abroad (outside US)

The second half of Vikings season 6 is almost here. If you’ve been anxiously awaiting the return of this show, you may have wondered how to watch Vikings Season 6B online. We explain how to live stream Vikings in the US or abroad in Canada, Australia, the UK, or elsewhere.
Tom Blackstone 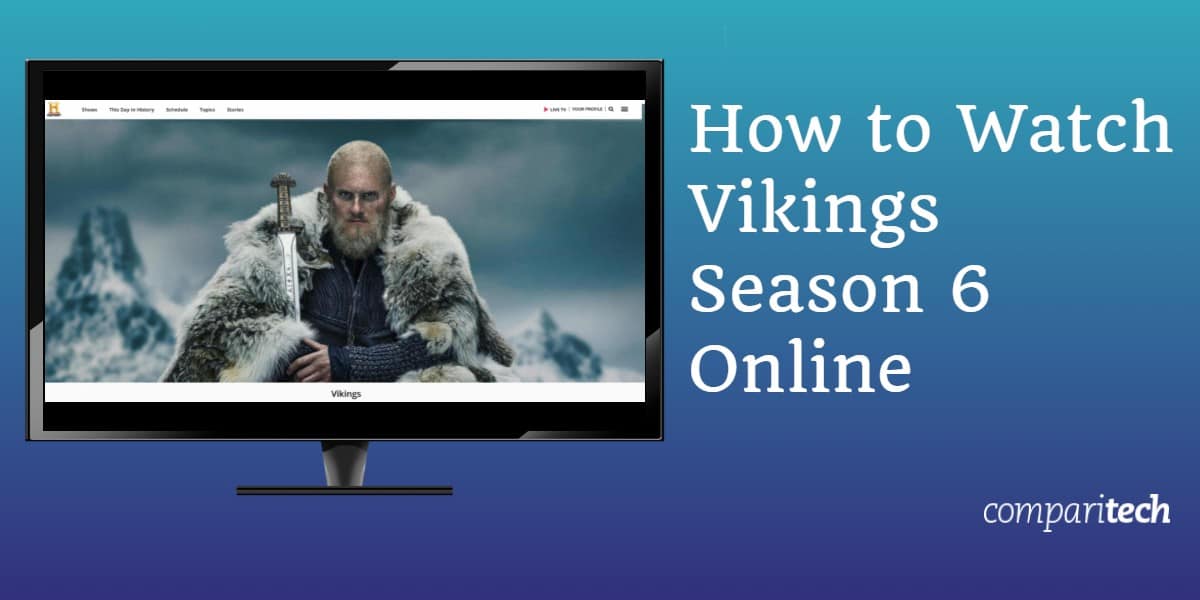 After a very long wait, Vikings is finally about to bring its epic six-season story to a close. The final batch of episodes will be made available on December 30, and below, we’ll let you know how to stream all of these (as well as previous seasons) online.

This article will only cover official sources. Although there will probably be pirated streams of Vikings available, we don’t recommend using these. As well as only offering low-quality video, many are hosted on websites that may contain malware or limited site security. They may also be taken offline altogether. And there are plenty of official streams available, so there isn’t much reason to resort to unofficial ones.

Vikings season 6 is only available on region-locked streaming platforms. As such, you may need a VPN to watch while traveling abroad.

How to stream Vikings abroad with a VPN

Frustrated by geo-blocking? This problem can be easily solved by using a VPN to change your IP address and spoof your location. Here is how you can do that:

TRY IT FREE: NordVPN is a great choice for streaming and it comes with a 30-day money-back guarantee. This allows you to try it risk-free for almost a month, and if you’re unsatisfied, just cancel for a complete refund.

If you have a US credit card and can subscribe to History Channel, using one of many streaming services, such as Philo, is your best option. There’s a chance you may also be able to watch Vikings Season 5 episodes for free on History.com after they have aired live.

How to watch Vikings season 6 online

In order to watch Vikings online, you will first need to determine which sources carry the show in your home country. Here is a list of sources for the US, Canada, UK, and Australia.

The History Channel is no longer the official Vikings broadcaster. Instead, Amazon Prime Video will be adding the last ten episodes on December 30. This service currently has all prior episodes and costs $12.99 USD per month. Additionally, it comes with a 30-day free trial. That’s plenty of time to watch 10 episodes, so feel free to cancel to avoid being charged if you’d like.

The final episodes will still be coming to History Channel at an unspecified date. However, to watch, you’ll be asked to sign in with a TV provider. If you don’t have a TV provider, the following online-only options are available: Fubo TV, Sling TV, AT&T TV Now, and Hulu with Live TV. Each of these TV providers offers a 7-day free trial.

These services are all geo-blocked and can only be signed up for with a US credit or debit card.

If you are from Canada, the best site to watch Vikings on is the official site for History channel in Canada. New episodes will be posted on January 1, and at the moment, you can stream every older episode here as well.

Unfortunately, we could find no online-only TV providers in Canada that are compatible with History.ca.You’ll need a cable or satellite service to get access to new episodes of Vikings. Further, this service is geo-blocked, so you’ll need a VPN to use it abroad.

Just like in the US, British fans can stream new episodes on Amazon Prime Video. This costs £7.99/month, after a 30-day free trial. Currently, the UK content library also allows you to watch all other episodes of Vikings as well.

Amazon Prime Video changes its content based on your location. As such, you may need a VPN to stream Vikings while traveling abroad.

If you are from Australia, you can watch new episodes of Vikings on the official SBS website from January 6. Just sign in with your TV provider to get access to on-demand episodes.

Netflix and SBS are both region-locked. This means you’ll have to be in Australia or using an Australian VPN server to stream Vikings on these platforms.

Can I stream Vikings with a free VPN?

While a free VPN may sometimes work to get around geoblocks, it usually only causes frustration to users. Most free VPNs have data limits that are too low for streaming video, especially for high-quality video and sound. In addition, they generally don’t have enough infrastructure to handle the traffic generated by thousands of users. Because of this, they often have dropped signals even for users that are just browsing the web.

Free VPNs also often record users’ data, invading their privacy. Selling that data is how they make money from the service. So that’s another good reason to stay away from them.

We recommend using VPNs that have high speeds, leading to better picture and sound quality and less buffering. You can read a list of some good ones here.