What’s the difference between a proxy and a VPN?

Wondering whether you need a VPN or a proxy? We explain the differences between the two, which one is better and when they should be used.
Paul Bischoff TECH WRITER, PRIVACY ADVOCATE AND VPN EXPERT 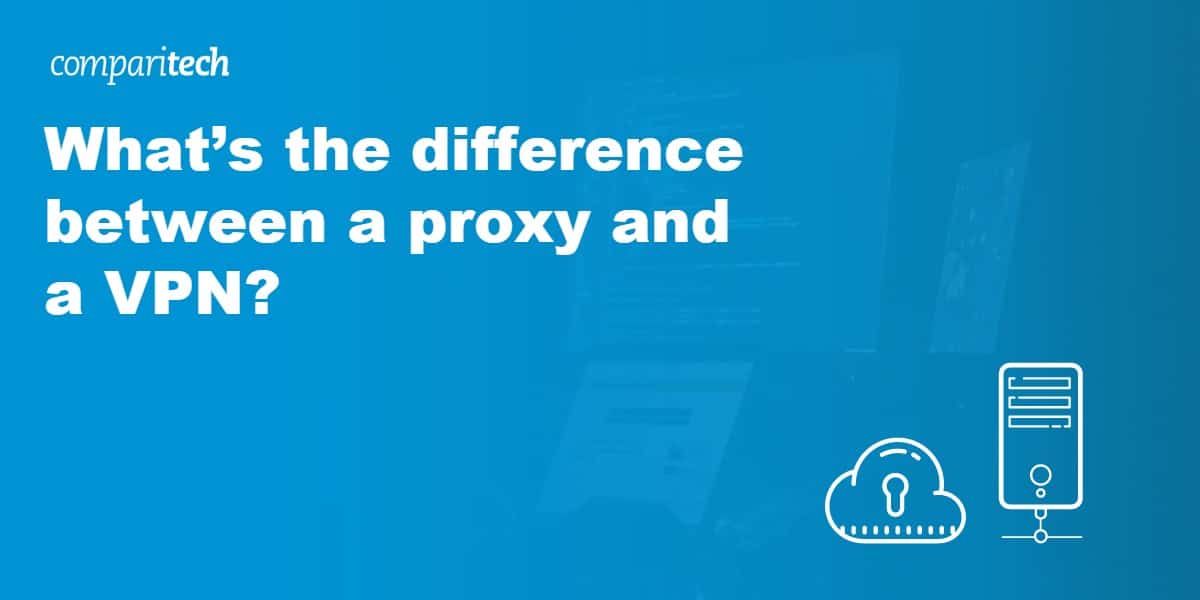 Proxies and VPNs are both tools used to route your internet traffic through a third-party server, masking your IP address and location. Both are used to bypass firewalls and region locks while also adding a layer of privacy.

Most consumer VPNs could be considered proxies. Although business VPNs might only allow users to remotely access office resources like apps and documents, commercial VPNs like NordVPN offer access to the internet. The VPN server acts as a proxy, or middleman, between the user and the internet, hiding their location and IP address online.

So what’s the difference between VPN and Proxy?

Both VPNs and proxies have free and paid options, though users should be cautious and read through the provider’s privacy policy. This is especially true for free web proxies because they are unencrypted, meaning the provider has the power to monitor and log your activity. For both VPNs and proxies, seek out “logless” or “zero knowledge” options when privacy is a concern.

Paid VPN and proxy providers tend to have a better selection of server locations than their free counterparts.

The functionality of proxies vary by type: HTTP, SOCKS, SSL, and DNS are the main types of web proxies we’ll discuss here.

VPNs take all the traffic coming to and from your computer, encrypt it, and route it through a server in a location of your choosing. The encryption tends to make VPNs a tad slower than most proxies, but they are far more secure. Using a VPN while connected to a public wifi hotspot, for example, makes you far more invulnerable than a proxy will.

Some free VPNs exist, but they tend to be either insecure, slow, unstable, or have a data cap. Paid VPNs, like the ones we review on Comparitech, are far superior and tend to be more feature-rich.

A VPN can either use a shared public IP or a private IP. A shared public IP is exactly what it sounds like: dozens, even hundreds of users connect using the same IP address. This adds a significant layer of anonymity to the VPN, but it also makes it easier for websites to blacklist those IP addresses.

Less common are VPNs that offer private IP addresses. In this case, each user is assigned an IP that only he or she can use. Depending on the provider and app, the user might use the same IP all the time or switch each time he or she connects. This is less anonymous because it’s easier to track a private IP to a specific user, but websites like Netflix have a more difficult time determining whether an IP used by a single person is coming from a VPN or not. Private IPs are less common due to limited supply of unused IPs available.

Tor, also called the Onion Router, was the gold standard of anonymity on the internet for over a decade. It’s popularity is gradually being taken over by VPNs, but Tor is still free and widely used. Tor routes a connection through several random relays before ending up at the final destination.

Tor encrypts traffic between each relay, but that encryption can be compromised if the end website does not use SSL. Because of all those relay nodes that your traffic must pass through, Tor significantly slows down browsing speed. Finally, Tor’s popularity among dissidents, journalists, hackers, and criminals has made governments more suspicious of Tor users, so using it can put a target on your back for closer surveillance.