Cryptanalysis is a collection of techniques used to break encryption without obtaining the decryption key. What are these techniques? How do they work? And what can be done to protect against them?
Marc Dahan Specialist in online privacy 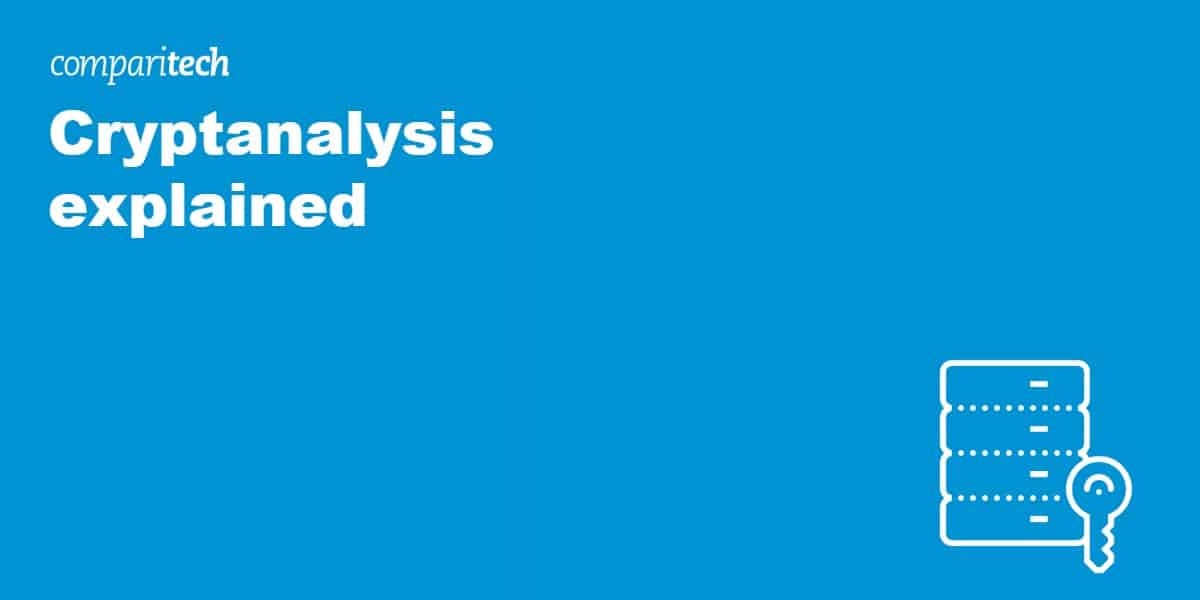 Cryptology can be split into two parts, cryptography, and cryptanalysis. Cryptography focuses on creating encryption protocols, while cryptanalysis analyzes the cryptographic algorithms in an attempt to break them. Cryptanalysis isn’t necessarily used to mount an attack, per se. Cryptanalysis is a bit like the Force in Star Wars in that one can use it for good or evil. We have the dark side and the light side.

The dark side would use cryptanalysis to access and exploit encrypted messages or data by “breaking” the encryption. On the other hand, the light side will use cryptanalysis to determine whether encryption protocols and ciphers are secure and to identify vulnerabilities to strengthen the system rather than break it.

In this article, we will look at what cryptanalysis is, how it works, and the different methods used.

To understand how cryptanalysis works, we first need to familiarize ourselves with certain concepts.

Cryptography is essentially the process of converting ordinary text (plain text) into unreadable text (ciphertext) and vice-versa. It rewrites data in an unintelligible form that only the sender and the receiver can decrypt and read. Cryptography protects data from theft or alteration and is also used for user authentication.

While that’s pretty much the lowdown on cryptography, modern cryptography goes beyond simply converting plain text into ciphertext and needs to account for the following:

Confidentiality: The messages cannot be read by anyone aside from the sender and the receiver.

Integrity: The information contained in the messages cannot be altered.

Non-repudiation: Once a message is sent, the sender cannot deny that they transmitted the message at a later time.

Authentication: The sender and the receiver can confirm each other’s identity.

There are three main types of cryptography used today:

Let’s take a quick look at each of these.

The major drawback of symmetric key encryption is that the two parties must exchange the key through secure means. If the key is compromised, the entire protocol is compromised as the one key can be used for encryption and decryption.

Asymmetric Key Cryptography is a more secure approach to encryption than symmetric key cryptography. Each user possesses a pair of keys in this protocol: a private key and a public key. As its name implies, the private key is kept secret, but the public key is distributed to the other users. Using an intended recipient’s public key, any user can encrypt a message and send it to the owner of that key. From that point, that encrypted message can only be decrypted with the receiver’s (the intended recipient) private key.

A Hash function is a cryptography algorithm that takes an arbitrary length input and produces a fixed-length output. The values returned by a hash function are called hash values, hash codes, digests, or simply hashes. Hashing is a one-way operation, meaning that you cannot convert the hash or digest back to its original input. Hashing itself doesn’t use any keys, but it is used within symmetric and asymmetric key cryptography to store temporary values—hashing is one of the building blocks of modern cryptography. MD5 and SHA are the most widely used hash functions, though SHA1 and MD5 are now deprecated and shouldn’t be used anymore.

A straightforward illustration of cryptanalysis

To understand the modus operandi of cryptanalysis, here’s an elementary example, using a basic substitution cipher.

Say we want to perform cryptanalysis on the following ciphertext: W STNB XTV. The first thing a cryptanalyst would look for is frequency: frequency of words and frequency of letters.

If you’re given a phrase in which one of the words is one letter long, it’s reasonable to assume that the corresponding word is a popular one-letter word like “I” or “a”. Likewise, a frequent two-letter word has a good chance of being “on”, “it”, or “as” etc. And a frequent three-letter word could be “the”.

If we have ciphertext in which the letter X is the most frequent letter, we can reasonably assume X stands for E. We may be wrong, so this will involve some trial and error. And that trial and error is cryptanalysis.

If we assume that W stands for the common word I, the following word has an excellent chance of being a verb. That further limits the possibilities of what the next word might be. By trying different substitutions until you can deduce word sequences that make sense, you’ll eventually go from W STNB XTV to I LOVE YOU. And once you’ve done that, you’ve performed cryptanalysis.

In a known-plaintext attack, the attacker has access to the ciphertext and its corresponding plain text. The attacker uses this knowledge in an attempt to guess the secret keys or codebooks, allowing the attacker to decrypt the rest of the messages.

Known-plaintext attacks are most effective when used on less complex ciphers, such as simple substitution ciphers, in which each letter is substituted with a fixed substitute character, as in our example above.

Given that most modern ciphers are much more complex than simple substitution, odds are this cryptanalysis attack won’t get you very far.

In a chosen-plaintext attack, the attacker sends plain text to be encrypted and analyzes the returned ciphertext in an attempt to deduce the private key used for decryption. This attack is feasible against asymmetric key cryptography because the public key, the key used for encrypting the messages, is, as its name states, public.

Even a partial break, as in the example above in which the attacker does not obtain the key or the plaintext but can get information about the plaintext, can reveal extremely sensitive information and is still considered a success in cryptanalysis.

Side-channel attacks, as their name implies, don’t try to break encryption directly. They exploit the auxiliary information that computers continually output. These are things like the electrical emissions that your screen or hard drive puts out, which change based on the task the computer is performing. Or it could be the amount of power your computer draws, which also varies according to the task being performed.

Spectre and Meltdown, which rocked our computer world in 2018, are two variations of the same underlying vulnerability that affects nearly every computer chip manufactured in the last 20 years. And both Spectre and Meltdown take advantage of a time-based side-channel attack. They each use a different technique to fool the processor into accessing and encoding secret information to the processor’s cache. Then, by forcing the processor to search for specific information in memory and measuring how much time it takes to access the requested information, the attacker can analyze the processor’s response times and obtain the secret information from the cache.

Global deduction: The attacker can produce an algorithm that is functionally equivalent to the encryption and decryption scheme they are trying to break without knowing the key. This enables the attacker to encrypt and decrypt messages as if they had the key.

Information deduction: The attacker obtains some information (i.e., the number of bits that make up the message) about plain or cipher text not previously known. This could lead to other breaks on the encryption scheme.

Distinguishing algorithm: The attacker can differentiate the cipher from a random alteration. This reveals clues about the encryption algorithm and can lead to more significant breaks.

The partial breaks listed above enable the attacker to “move up the ladder”, if you will. As they glean more and more information from your messages, they move closer and closer to a total break. And the amount of damage they could do grows as well.

CryptoSMT is a tool used to perform the cryptanalysis of symmetric primitives like block ciphers and hash functions. It is based on SMT/SAT solvers like STP, Boolector, CryptoMiniSat and was developed by Stefan Kölbl.

The ARX toolkit is a set of tools to study ARX (add-rotate-xor) ciphers and hash functions. It was developed by Gaetan Leurent and was presented at the SHA-3 conference in March of 2021.

“Cryptanalysis of an image scrambling encryption algorithm” is a repository of cryptanalysis tools. The repo contains codes for ciphertext-only attacks and known-plaintext attacks on ISEA. It also includes codes for calculating the Structural Similarity Index (SSIM) of an image, based on the paper Cryptanalyzing an Image-Scrambling Encryption Algorithm of Pixel Bits. It was developed by Dongdong Lin.

There doesn’t seem to be much you can do to defend against cryptanalysis attacks, aside from making sure you’re using secure encryption schemes and ciphers across your digital infrastructure and keeping your software updated. However, that does imply the following:

So that’s what cryptanalysis is, in a nutshell. It’s more of a means to an attack than an attack in itself. But insofar as it leads to and enables an attack, it’s an attack. The cryptanalyst garners a little more information at each step of the game until they reach the payload: the decryption of your secrets. Once the attacker has your secrets, it opens up a whole new world of possible exploits and attacks. So make sure you follow the above advice.