Best free VPNs for Firestick in 2022

There are hundreds of free VPNs out there, but most aren’t worth your time, especially if you’re interested in streaming. We reveal the best free VPNs for Amazon Firestick and Fire TV.
Ian Garland Streaming, Kodi and VPN Expert 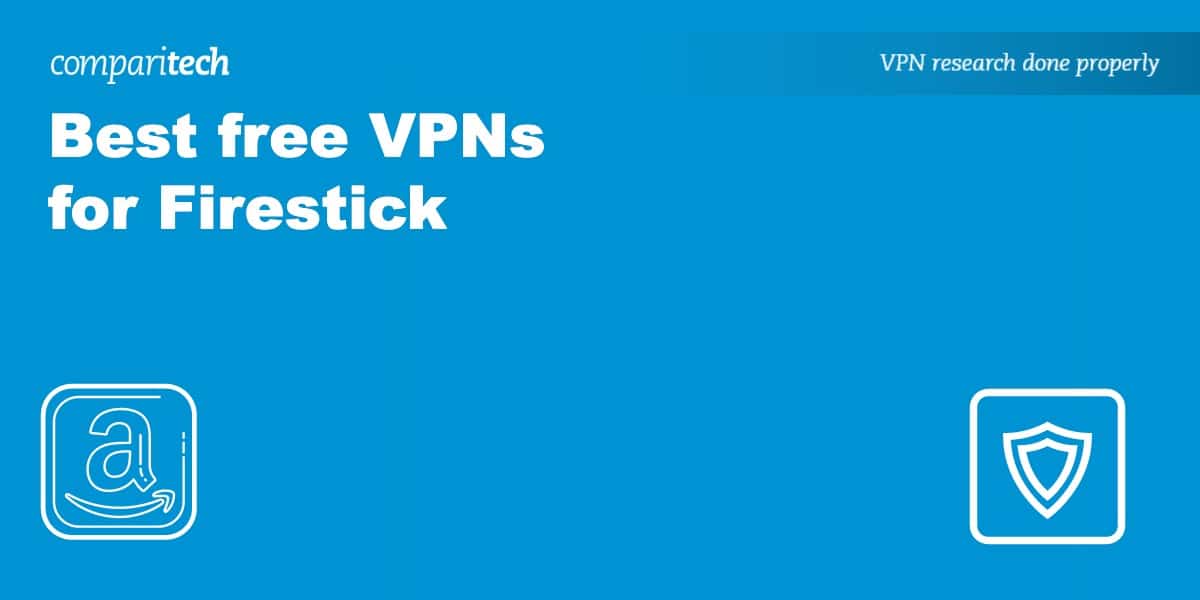 Thanks to the growing concern around digital privacy, more people are using VPNs than ever before. It’s easy to assume that any VPN is better than none at all, but the problem is that this simply isn’t accurate; plenty of free VPNs lack the speed and versatility for day-to-day tasks like streaming. Worse still, these providers are often intentionally vague about their logging policies, leaving you unsure as to how secure your activities really are.

Of course, that’s not to say all free VPNs are bad — you just have to do your research and choose wisely. To save you time, we’ve highlighted four services that are more than capable of helping you stream safely on your Amazon Firestick. You’ll find a brief overview of our top free VPNs for Firestick below, but feel free to scroll down for a more in-depth look at each.

VPNs are fairly complex pieces of software, and it’s not always clear what features or characteristics are worth looking out for. We separated the best from the rest by choosing to only recommend free services meeting all of the following criteria:

Below, we’ll take a closer look at each of the best free VPNs for Amazon Firestick:

ProtonVPN is near-unique in that it offers a free plan with unlimited bandwidth. You are limited to just three server locations (the US, the Netherlands, and Japan) instead of 30+, and may only connect one device at a time, but this is still exceptional value. With decent unblocking capabilities and an average speed of 66 Mbps, you shouldn’t have any issues streaming. Torrenting is allowed, but not on any of the free-to-use servers, unfortunately.

Free users aren’t prevented from accessing any of this VPN’s security tools. There’s DNS and IPv6 leak protection, a kill switch, 256-bit encryption, and an ad, malware, and tracker-blocker named NetShield. Just as important, ProtonVPN does not keep any logs that could identify you.

ProtonVPN doesn’t have a Firestick app but it can be sideloaded onto Fire TV devices.

STREAM AS MUCH AS YOU LIKE:ProtonVPN doesn’t restrict the amount of TV you can watch per day or even per month, like many of its rivals do. Has no issues unblocking tricky services like Netflix abroad. Paid plans come with a 30-day money-back guarantee.

Windscribe has a base monthly bandwidth cap of 2GB, but this can be raised to 10GB simply by verifying your email address. It also offers more free-to-access locations than any other service in this list, with 11 countries to choose from. There used to be specific servers for securely accessing region-locked platforms like Netflix, but these have since been removed. Luckily for free users, any server in the appropriate country should work.

This VPN’s security features include 256-bit encryption, automatic connection options, and a firewall that effectively acts as a combined kill switch and leak blocker. Interestingly, there’s also a proxy gateway feature that allows you to reroute traffic from devices that don’t support VPN apps natively (such as TVs and games consoles). Windscribe doesn’t store any personally identifiable information, and can’t reveal what you do online under any circumstances.

Windscribe’s Firestick app is available in the Amazon App Store.

MORE CHOICE:Windscribe lets free users unblock services from a far greater number of countries than others in this list. It’s relatively fast, too, and offers a solid set of security and privacy features, plus a native Firestick app. Paying subscribers can cancel within three days (or before using their first 10GB of data) to receive a full refund.

Take a look at our comprehensive Windscribe review.

Hide.me gives you 10GB of free data each month, plus the ability to connect to servers in Canada, Germany, the US, and the Netherlands. There are no ads, and P2P traffic is supported on all servers, even the free ones. So what’s the catch? Well, while it has servers optimized for streaming platforms like Netflix and BBC iPlayer, you can’t use these on a free account. That said, we were able to use ZDF and NBC with the free servers, so your mileage may vary.

This VPN is extremely customizable, even allowing you to change your VPN adapter settings if you’d like. Users can take advantage of its kill switch, firewall, 256-bit encryption, and DNS leak protection. Annoyingly, Wireguard support is available to paying subscribers only. Hide.me doesn’t keep any logs that could be used to identify you.

To install this service, just search the Amazon app store for “Hide.me”.

FREE NO-LOGS VPN:Hide.me has a great free plan, with steady speeds, a vast array of security features, and the ability to unblock popular streaming services abroad. There’s even a 30-day money-back guarantee in case you’re interested in trying the full service.

Read our full review of Hide.me.

How to install a free VPN on Firestick

There are two ways to install a VPN app on Amazon Firestick. The first is to simply search for your preferred provider’s app in the Amazon app store and install it if found. However, if your VPN doesn’t have a dedicated Firestick app, you’ll have to sideload it instead.

Here’s how to install a free VPN on Firestick:

Methodology: How we chose the best free VPNs for Firestick

Deciding which VPN to use is challenging at the best of times, but even more so if you’re looking for a free service with Fire TV/ Firestick support. On top of this, we need it to be able to handle anything you throw at it. To ensure only the best VPNs earn a spot in our list, we filtered out competitors using the following criteria:

Want to know more? Here’s a complete guide to how we test VPNs at Comparitech.

Free VPNs to avoid when watching TV on a Firestick

Not every free VPN is created equal. For instance, there are plenty of high-profile services that just don’t offer the things you need to watch TV safely on your Firestick. Below, we’ve listed just a few providers you might have heard of that are a poor choice for streaming:

When should I consider upgrading to a paid VPN?

If you’re satisfied with the VPN you’re using, but you keep bumping up against the free plan’s data limit, upgrading to a paid plan might not be the worst idea. Likewise, many providers prevent free users from torrenting and restrict the server locations that they can choose from. As such, if you want to use P2P networks or if you need an IP address from a specific country, a paid subscription may be your only option.

There are a few warning signs to look out for, though. For instance, we’d caution against using any service that restricts your speeds until you pay up, or which claims to be able to unblock everything. It’s also a good idea to check out a provider’s refund policy before you commit, just so you’re prepared, should the paid service turn out to be underwhelming.

Is using a VPN to stream TV shows legal?

Believe it or not, most countries don’t actually have laws forbidding you from accessing geo-restricted content using a VPN. However, doing so usually goes against the terms of service of whichever platform you’re using.

The good news is that, even if your chosen service realizes you’re connected to a VPN, nothing is likely to happen. In fact, you’ll usually just be asked to disconnect before you can proceed. You can read more here on the legality of VPNs.

Disclaimer: we aren’t legal experts and as such, nothing we’ve said above should be considered legal advice. We recommend researching your country’s relevant laws before attempting to stream geo-blocked content using a VPN.

Are free Firestick VPNs safe to use?

The free Firestick VPNs we reccomend are safe to use, however many free VPNs on the market are much shadier. From not encrypting your data to actually using your device as part of a botnet there are plenty of unsafe practices among free VPN providers. If you're looking for a free VPN we recommend you stick to our list and for those of you concerned about your data and privacy you may want to consider upgrading to one of the providers on our best VPNs list.