Does Betternet work with Netflix? We reveal whether this VPN works with Netflix and exactly how to securely access Netflix while traveling abroad.
Ian Garland Streaming, Kodi and VPN Expert 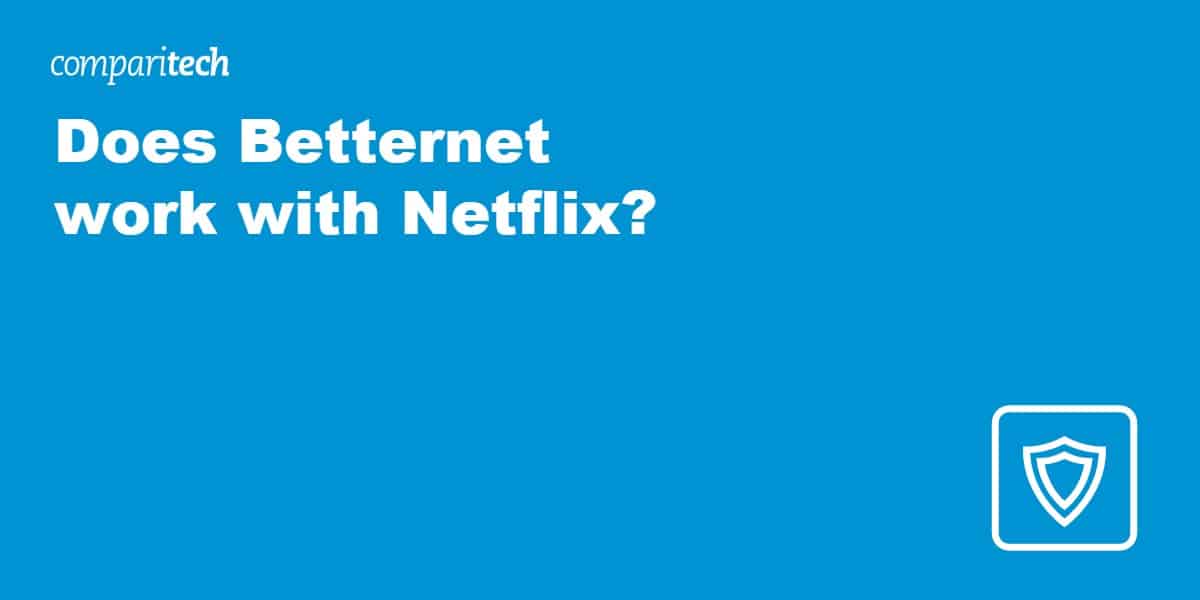 Netflix is far from the only streaming service that region-locks its content. However, it goes much further than most others, with individual content libraries for almost every country in the world. So what does this mean for you? Essentially, you’re at the mercy of the service while traveling; perhaps you’ll be lucky and visit somewhere with a decent Netflix catalog, but there’s also a chance you wind up somewhere with an underwhelming selection of content.

On the plus side, it’s not that difficult to securely access your home country’s library. Since it finds the user’s current location by examining their IP address, you can simply connect to a VPN to stream your usual content from abroad. This assumes Netflix hasn’t already blacklisted your chosen provider, though: read on to see if Betternet works with Netflix.

BEST VPN FOR NETFLIX:NordVPN is our #1 pick. Very fast speeds for streaming. Over 5,000 servers and works with over a dozen Netflix libraries, Netflix US included. Strong security with Double VPN servers and a strict no-logs policy. Try it risk-free with the 30-day money-back guarantee.

Betternet doesn’t work with any Netflix libraries. Even if it did there are several reasons to avoid it. For instance, while a large part of this service’s popularity is down to the fact that it’s free, unless you pay, you’ll only have access to American servers. Additionally, you’re limited to 500MB of data per day: that’s enough for about half an hour of 480p video, meaning it’s not exactly ideal for bingeing Netflix shows.

Instead, we recommend using NordVPN. This service doesn’t track you and provides secure access to over a dozen regional libraries including Netflix US, UK, Japan, Canada, Australia, and India. Best of all, it comes with a 30-day money-back guarantee, allowing you to try it entirely risk-free.

How to watch Netflix from anywhere with a VPN

We understand that this may be your first time using a VPN. While VPNs may sound a little complicated, the reality is that they’re quick and easy to use. In fact, all you need to do is follow the step-by-step instructions provided below.

Here’s how to stream Netflix from abroad using a VPN:

NordVPN is offering a fully-featured risk-free 30 day trial if you sign up at this page. You can use the VPN rated #1 for Netflix with no restrictions for a month - great if you'd like to stream your favorite shows while traveling abroad.

What’s wrong with using a free VPN for Netflix?

First off, free VPNs usually have very small networks. This means that you’ll be competing with other users for bandwidth and will likely experience very slow speeds. In fact, during peak times, it’s unlikely you’ll be able to stream at all. Also, as free services tend to cluster their servers in high-traffic areas like the US, they’re almost useless for anything but the most popular Netflix catalogs (assuming they aren’t already blocked, which is a real possibility).

VPNs are primarily designed to improve your online privacy; their streaming abilities are just a helpful secondary function. However, choosing the wrong free service could actually do the opposite. There are dozens of malware-carrying “free VPNs” on major app stores, and to make matters worse, plenty of seemingly legitimate free providers fail to encrypt data or include any meaningful security features at all. The best way to protect yourself is with a VPN that doesn't keep logs and that has a proven record of standing up for its users’ privacy, not a free service.

Will I get into trouble for using Netflix with a VPN?

It might surprise you to learn that streaming Netflix using a VPN isn’t actually illegal in most countries. It does go against Netflix’s Terms of Use, but this isn’t a crime, and the worst that’s likely to happen is you’ll be asked to turn the VPN off. Even if you don’t, you may still be able to stream content, although only the titles that are available in whichever country you signed up in.

Which country has the best Netflix library?

Which Netflix library is best really depends on what you value more: the number of titles on offer or their quality. If you’re of the opinion that more is better, then Netflix US, Netflix, Canada, and Netflix UK are the best, with around 6,000 titles on each. However, the Portugal and Azerbaijan catalogs have the highest average IMDb rating (7.13 out of 10), despite listing fewer titles.

What internet speed do I need for Netflix?

Netflix recommends that you have a minimum internet download speed of 3Mbps to watch its content in standard definition (SD). To stream in high definition (HD), you should have at least 5Mbps. There's a larger jump to stream in 4K however -- this requires speeds from 25Mbps. While using a VPN can slow your connection somewhat, the fastest VPNs all comfortably exceed the above requirements.