Does VPN Unlimited work with Netflix?

Want to use VPN Unlimited to watch Netflix abroad? We reveal whether this VPN provider works with Netflix, and how to access your usual Netflix library while traveling.
Ian Garland Streaming, Kodi and VPN Expert 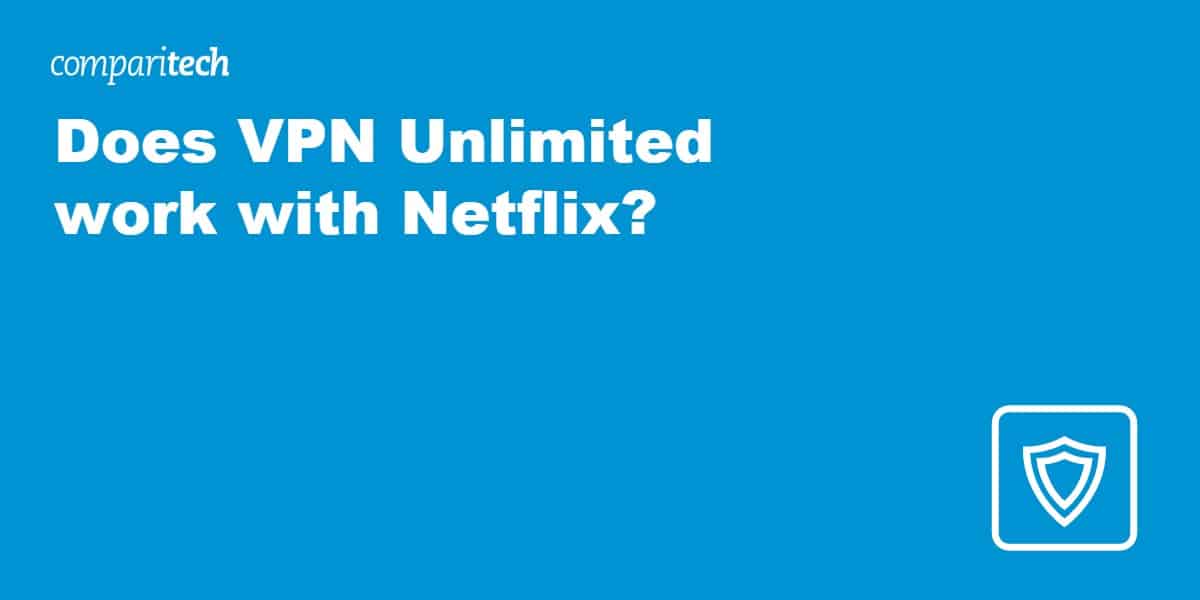 Many of us have had that moment where you go to watch a movie on Netflix only to find that it has disappeared. This doesn’t always mean it’s been removed from the service; if you’re traveling abroad it could simply be that your chosen title isn’t available in your current location. Luckily, there’s a pretty easy way to regain access to your home country’s Netflix library while abroad.

Like most geo-restricted services, Netflix finds your location by checking your IP address. However, when you use a VPN, your real IP address is hidden — instead, Netflix can only see the address of your chosen server. This tricks it into thinking you’re in a different country, and it updates its content accordingly. Read on to find out if VPN Unlimited works with Netflix.

In short: VPN Unlimited only works with one Netflix library: Netflix US. However, for travelers from other countries, the most effective and reliable option is ExpressVPN.

Which Netflix libraries does VPN Unlimited work with?

After some testing, we found that VPN Unlimited only works with Netflix US. However, doing so can be a little confusing. For instance, you have to use the dedicated Netflix server to securely access Netflix US — regular American servers won’t work.

If you were hoping to access a library that VPN Unlimited doesn’t support perhaps you’d like to give ExpressVPN a try. This service comes with a risk-free 30-day money-back guarantee and works with over a dozen versions of Netflix including Netflix US, UK, Japan, Canada, and Australia.

How to watch Netflix from anywhere using VPN Unlimited

Follow these four simple steps below to change Netflix region with VPN Unlimited.

Here’s how to watch Netflix with VPN Unlimited:

VPN Unlimited has around 500 servers in 80+ countries, as well as specially-optimized servers designed to provide secure access to platforms like Netflix and BBC iPlayer in just one click. While this isn’t the fastest service around, it provides high enough speeds for Netflix and allows you to secure up to five devices at once. As such, it’s a versatile, easy-to-use service that’s great for day-to-day usage.

There are plenty of impressive security features too, like 256-bit encryption, DNS leak protection, and a kill switch that stops sending data the moment your connection drops. VPN Unlimited doesn’t store any data that could identify you and allows users to pay in Bitcoin for even greater anonymity. It offers 24/7 live chat support and claims its average email response time is under an hour.

SOLID EVERYDAY VPN:VPN Unlimited not only works with Netflix, but other popular streaming services too. With strong security and privacy protections, plus decent speeds and a seven-day free trial, it’s a good choice for just about any task.

Will a free VPN let me watch Netflix abroad?

There are several reasons why free VPNs are a poor choice for Netflix, not least of which is that they fail to live up to their own marketing. Instead of large networks, you’ll usually get access to a handful of overcrowded servers. Slow speeds are the norm, and if you can get a fast enough connection to stream during the evenings or weekends, you’re extremely lucky. Additionally, Netflix frequently updates its VPN blacklists, so there’s a good chance that your service won’t work. Even assuming it does, it might not in the future.

One of the biggest problems with free VPNs is that there’s no guarantee that you’re actually any safer using them. After all, many free providers don’t even encrypt user data, which means that they provide no benefits whatsoever. Further, as there are so many Trojans pretending to be free VPN apps, you could inadvertently reduce your own security instead of enhancing it. To stay as safe as possible, it’s best to use reputable, zero-log VPN providers, not free services.

Does Netflix ban people for using a VPN?

Technically, Netflix could ban you for using its service while connected to a VPN as it goes against the terms of service. However, in reality, it takes a much softer stance towards VPN users, either limiting them to their home country’s library or asking them to disconnect before streaming. After all, with global VPN usage on the rise amid growing concern around digital privacy, it would be difficult for the company to take a no-tolerance approach to these services.

Is my VPN fast enough for streaming Netflix?

Netflix’s own guidance recommends a 5Mbps connection for streaming HD video or a 25Mbps connection for 4K content. However, it’s important to note that any VPN you use will have an impact on your speeds, the extent of which depends on many factors including the VPN protocol and your geographical distance from the VPN server.

A good rule of thumb is to expect at least a 30 percent reduction (although there’s a lot of variation), so if you get an 8Mbps download speed without the VPN, you should be okay to use Netflix with a VPN.