How to watch American Horror Story season 10 online from anywhere 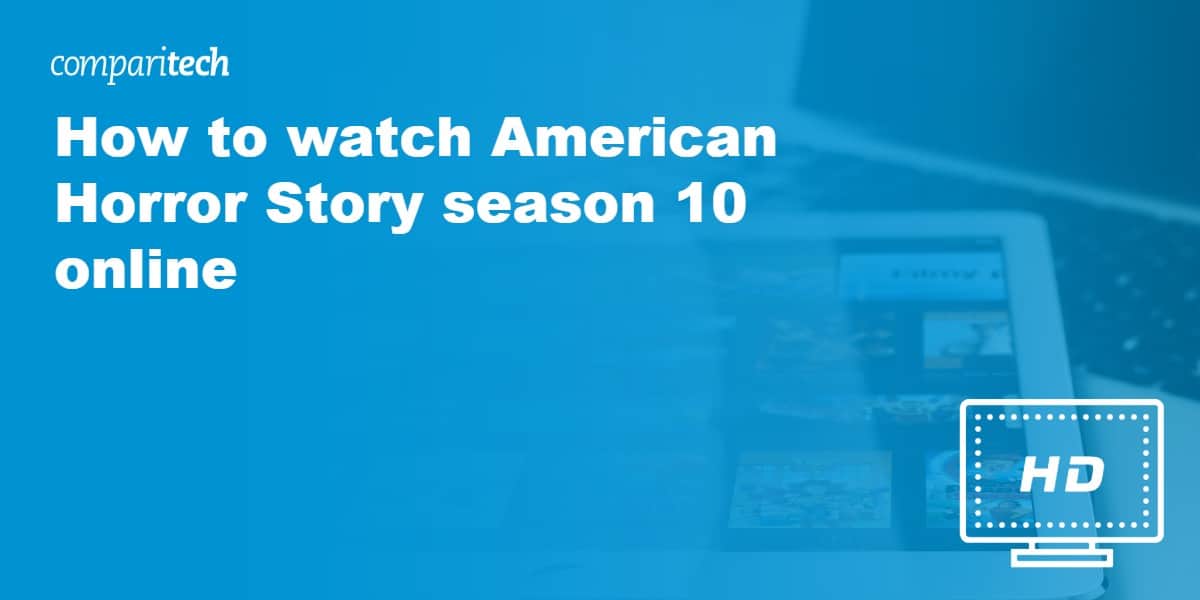 American Horror Story Season 10 is set to premiere on August 25 at 10 PM EST. There’ll be 10 episodes in total, so assuming a standard weekly release schedule, the series should end right around Halloween — very on brand! Below, we’ll let you know how to watch American Horror Story: Double Feature online, whether you’re at home or abroad.

It’s important to note that we’ll only be recommending official sources. Given this show’s massive international popularity, there’s a strong chance that unlicensed streams will be available. Remember, though: these are often laggy to the point of uselessness and can be taken offline without warning for violating copyright. With plenty of legitimate ways to watch American Horror Story season 10 online, there’s no need to use shady, unlicensed streams.

American Horror Story: Double Feature will only be shown on region-locked streaming services. This means that you’ll need a VPN to watch season 10 on your usual home services while traveling abroad.

How to watch American Horror Story: Double Feature abroad with a VPN

VPNs might seem intimidating at first but they actually make it very easy to unblock geo-restricted services abroad.

Here’s how to watch American Horror Story season 10 from anywhere:

NordVPN is offering a fully-featured risk-free 30-day trial if you sign up at this page. You can use the VPN rated #1 for FX with no restrictions for a month—great if you want to stream new episodes as you travel abroad.

If you’d like to watch American Horror Story live online, it’s important to make sure your VPN works well in advance. By quickly running through the steps above, you ensure that you’ll have plenty of time to get help with any problems, which in turn means that you’re less likely to miss the start of the premiere.

Considering how popular this show is, it’s only natural that it would have a near-simultaneous broadcast in several regions. Take a look below to find out how to watch American Horror Story: Double Feature in your country:

The tenth season of American Horror Story will be broadcast live on FX. You can actually stream up to an hour of content on the FX website for free, but if you’d like to continue watching, you’ll have to sign in with your cable provider details. However, as FX supports several major over-the-top services, you can actually watch American Horror Story: Double Feature without cable.

You can log in using a fuboTV, Hulu, Sling TV, or YouTube TV account. New episodes will also be added to Hulu’s on-demand library the day after, plus it’s the least expensive option by far, at $5.99 USD per month following a month-long free trial. Still have some catching up to do before season 10 airs? Seasons 1–9 are currently available on Hulu and Netflix US.

All of the services above are region-locked. This means you’ll have to either be in the US or connected to an American VPN server to use them. If you don’t have a VPN yet, we recommend NordVPN; it comes with a money-back guarantee so you can try it for 30 days and simply claim a refund if unsatisfied.

British fans don’t have to wait too long since AHS: Double Feature will arrive at some point in October. New episodes will be added to Disney+, which costs £7.99 per month. Unfortunately, there’s no free trial available but on the plus side, fans can keep themselves busy with the show’s spin-off, American Horror Stories, which will arrive on September 8.

Not quite up to date yet? You can find seasons 1–8 on Netflix UK, and season 9 is expected to be added shortly before the tenth season premieres. Alternatively, you could buy the eighth season on Amazon Prime Video for £18.99.

Disney+ is only showing American Horror Story in the UK. If you’re abroad, you can sign in and watch as normal after connecting to a British VPN server.

In Australia, American Horror Story: Double Feature will be shown exclusively on Binge. Episodes will be added each week from August 26 — just one day after the US premiere. Plans start at $10 USD per month, and your first two weeks are free. This service also carries every previous season too, so you shouldn’t have any issues getting caught up.

Binge is geo-restricted and can only be accessed if you’re in Australia or using a VPN.

What do we know about American Horror Story Season 10?

There are, as you might expect, two separate stories in American Horror Story: Double Feature. The first half of the season (“Red Tide”), takes place in Provincetown, where things are not as they seem. Notably, the teaser trailer lets us know that we’ll see the return of the aliens from Asylum; previously, fans were left to speculate about whether these were even real. The plot of part two (“Death Valley”) is a little less clear but we know that it’ll take place “in the sand”, likely the Californian desert if the name is anything to go by.

If you’ve made it this far, you already know that this show loves to reuse cast members. However, a few fan favorites have dropped out in over the last couple of seasons. Thankfully, they’re back for season 10! Here’s a quick list of some of the stars of American Horror Story: Double Feature: