How to watch The Orville Season 3 online from anywhere

Want to watch The Orville Season 3 online? The show is region-locked, so you’ll need a VPN. We explain how to stream The Orville abroad and recommend the best VPNs for the job.
Ray Walsh VPN and privacy expert 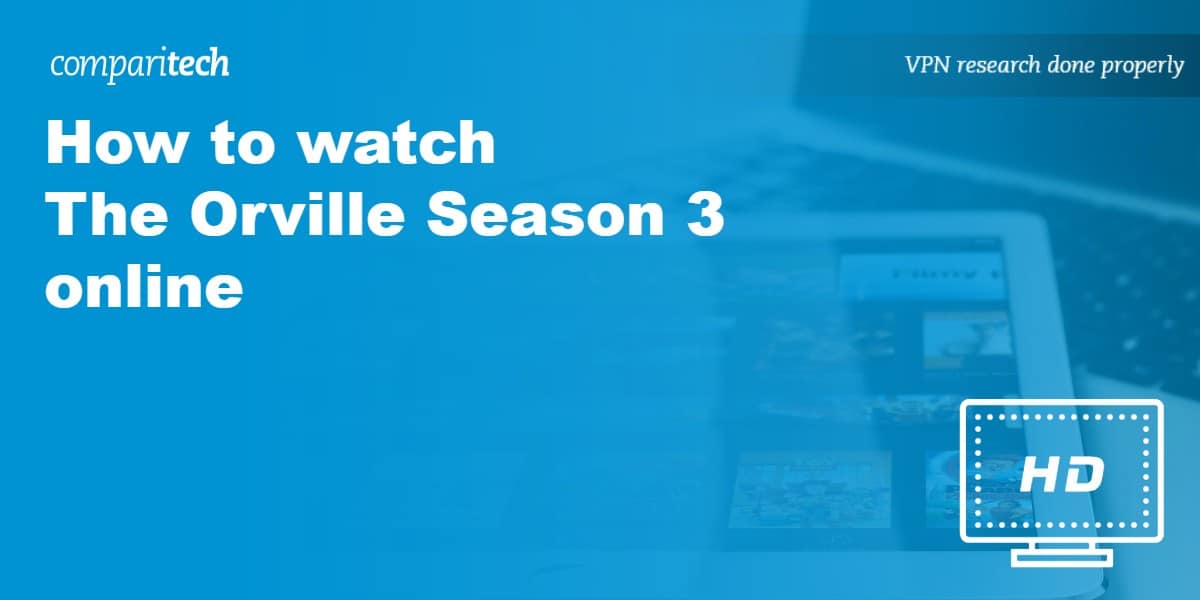 If you’re a fan of this American science fiction comedy-drama created by Seth MacFarlane, you’ll want to watch season 3 the moment it drops. Unfortunately, The Orville is available on geo-restricted streaming services only, so if you are abroad you’ll need a VPN.

Not all VPNs work to stream The Orville on vacation. This means you must stick to a recommended VPN for The Orville. The good news is that we have found a few VPNs with US IPs and servers elsewhere that work to watch The Orville from anywhere.

How to stream The Orville Season 3 online from anywhere

Due to licensing restrictions, streaming platforms like Hulu are region-locked. If you are outside of the US on vacation or traveling for work, you will need a VPN to watch The Orville with your Hulu account. Other countries will experience similar issues on platforms like Disney+.

The good news is that it is easy to use a VPN to watch The Orville Season 3 abroad. That said, most VPNs have been blocked by Hulu and other international streaming platforms. In addition, the vast majority of VPNs are too slow to watch HD content.

Below, we explain everything you need to do to watch The Orville Season 3 abroad. To make your job as easy as possible, we have also recommended the very best VPNs to stream The Orville.

Here’s how to watch The Orville S3 abroad:

If Hulu still serves you an error message when you connect to your VPN, you may need to clear the cookies and cache in your browser. Trackers can give away your real location, preventing the VPN from working as it is meant to. Clear these, and you will be able to watch The Orville from overseas.

WANT TO TRY THE TOP VPN FOR THE ORVILLE RISK FREE?

NordVPN offers a fully-featured risk-free 30-day trial if you sign up at this page. You can use the VPN rated #1 for The Orville with no restrictions for a full month. Perfect to log in and stream The Orville from abroad.

How to watch The Orville Season 3 online in the US

In the US, The Orville has been exclusively licensed to Hulu. This means you’ll need a Hulu subscription to watch the show. This will cost you US$6.99 per month or US$69.99 for a full year’s worth of access.

If you have a Disney+ subscription you may have heard rumors that the show will also be available there. Unfortunately, this is false. The Orville season 3 is only available on Disney+ outside of the US or by connecting to a VPN for Disney+ if you are visiting the US from one of those other countries.

Finally, for those scratching their heads because they were hoping to watch the Orville on Fox via their usual cable subscription; this will not be possible. Fox has decided not to broadcast its own show this season, instead opting to profit from it by licensing it to third-party streaming services that are willing to pay.

Remember that Hulu is region-locked to prevent people outside of America from accessing the service. It does this by analyzing your IP address, so you will need to connect to a VPN server in America to get a valid US IP address if you want to watch The Orville from abroad.

How to watch The Orville Season 3 online in Canada

In Canada, Fox Network has licensed season 3 of The Orville to Disney Plus, where it will premiere under the Star banner.

A Canadian subscription to Disney+ costs CAD$11.99 per month. The good news is that Star comes included with a Canadian Disney+ account for free. And the premiere is due to happen on June 2 – just like in the US.

The only caveat is that Disney+ is region-locked. So, if you leave Canada on vacation you will need to connect to a VPN server back home. This will give you a valid Canadian IP address, which will let you stream Canadian Disney+ from outside of the country.

How to watch The Orville Season 3 online in the UK 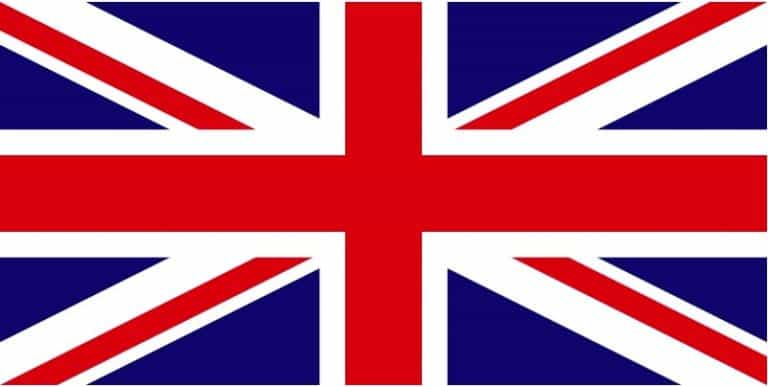 If you are an Orville fan living in the UK, you are in luck! Fox Network has licensed the third season of The Orville to Disney+ UK. This means that you will not need to wait to watch the show when it premieres on June 2.

Anybody wondering whether The Orville will be available on FOX UK (as was the case with the first two seasons) is reminded that Fox has decided to license the show exclusively to Disney+ in Britain. This means you will need a Disney Plus subscription to watch the show.

As with other UK streaming services, Disney+ is region locked for licensing reasons. This means that you will need to get a UK IP address using a VPN to watch the show while abroad.

Our recommendations have a 30-day money-back guarantee, which means you can go ahead and try accessing Disney+ from anywhere – completely risk-free.

How to watch The Orville Season 3 online in Australia

This June, Australian SciFi-comedy fans are probably the luckiest TV viewers in the world. Why? The rights to broadcast season 3 of The Orville have been purchased by SBS VICELAND. This means that you will be able to stream the show on SBS On Demand from June 3.

This is a bit of a shock because SBS On Demand is completely free to view. This makes Australia the only country where you do not need to pay for a subscription to watch The Orville.

The only caveat is that SBS On Demand is region-locked. So, if you are outside of Australia on vacation or traveling for work, you will need to connect to a VPN that has a valid Australian IP address.

The good news is that all of our recommended VPNs have Aussie servers that have not been blocked by SBS. This means that you can easily log in (or create an account if you have never used SBS On Demand before) from anywhere in the world.

Can I watch The Orville Season 3 for free online?

Yes. Fox has licensed The Orville season 3 to SBS On Demand. This is a completely free Australian streaming platform that anybody with a valid Australian IP address can use to stream the new season without paying a cent.

Can I use a free VPN to watch The Orville season 3?

No. Although it is possible to find some free VPNs online, these are never suitable for streaming shows like The Orville. Free VPNs have very few servers that are packed with users from around the world. This makes those servers too slow to do data-heavy tasks like HD streaming.

In addition to being sluggish and prone to causing buffering, free VPNs have all been blocked by leading streaming providers like Hulu and Disney Plus. This makes free VPNs unsuitable for watching the new season of The Orville.

We also recommend staying away from free VPNs for privacy and security reasons. Free services have highly invasive privacy policies that allow them to harvest your data for profiling purposes. This means that the VPN will track every web visit you make and sell your browsing habits to marketing companies, data brokers, and any other third parties willing to pay.

Free VPNs have also been found to lie about the level of protection they provide. They often have outdated and weak encryption (and on some occasions no encryption at all despite claims to the contrary). Furthermore, studies have revealed free VPNs suffer from leaks, keep logs they claim not to, have server and app vulnerabilities, and even apps that contain spyware.

When is the Premiere of The Orville season3?

The Orville: New Horizons (season 3) will receive its international release on June 2nd in the US, Canada, and Europe, and on June 3rd in Australia (due to their time difference).

What is the cast for Season 3 of The Orville?

Fans of The Orville will be happy to hear that despite the massive hiatus caused by the Coronavirus pandemic, the cast for The Orville remains unchanged. We have included a list of the actors below:

What is The Orville about?

The Orville is a sci-fi comedy loosely based on the hit show Star Trek. It was created by Seth MacFarlane; the co-creator of Futurama and the genius behind the hit animated show Family Guy.

The show is set 400 years in the future and follows the adventures of a crew of an interstellar craft that is best described as mediocre.

As was the case in the original that inspired it, the interstellar explorers must travel the cosmos in search of new civilizations and habitable planets – facing all manner of adventures and problems as they go. According to early tip-offs, Season 3 will explore issues created by interspecies relationships of a romantic nature.