Can you watch Canelo vs GGG live online or with Kodi?

We’ll show you if Kodi users can watch Canelo v GGG online or on Kodi and if there are any safe and legal Kodi addons to stream the fight. We’ll also show you which Kodi addons not to use. Click here to skip to the Kodi section. We’ll also look at a range of other options to live stream the big event online and if any free options exist. 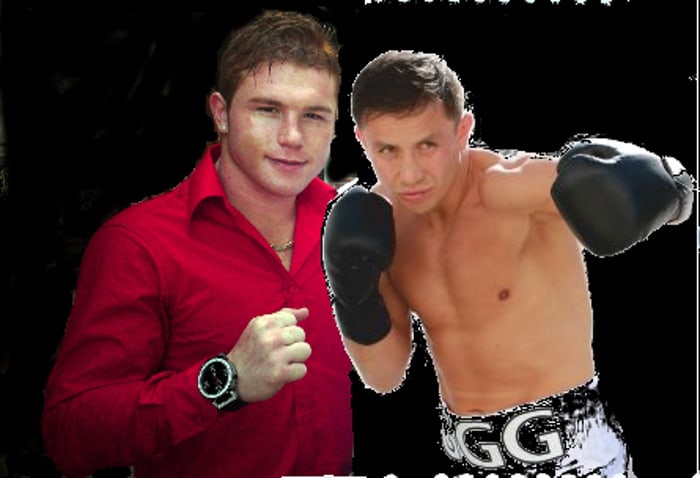 Saul “Canelo” Álvarez will square off against Gennady “GGG” Golovkin for the Middleweight World Championship on September 16, 2017 at the T-Mobile Arena in Las Vegas. Supremacy, as the fight has been billed, will be a contest for the unified WBA (Super), Ring magazine, WBC, IBF, and lineal middleweight championship. If you’re wondering how to stream Álvarez vs Golovkin online with Kodi or otherwise, you’ve come to the right place.

Where to watch Alvarez vs Golovkin online: UK, US and Everywhere

The fight will be broadcast on these cable networks:

Of these networks, a few offer online streams. Most likely all of them will be geo-locked to viewers in their respective countries. To get around these geographic restrictions, we recommend connecting to a good VPN. Short for virtual private network, a VPN encrypts a device’s internet traffic and routes it through an intermediary server in a location of your choosing. This masks your IP address with one from the country that you’re trying to stream from, thereby unblocking the fight.

Live streams require a sturdy connection and plenty of bandwidth, not to mention strong security and privacy practices. We recommend IPVanish, which has plenty of servers around the world optimized for streaming. It’s also a favorite among Kodi users for its remote-control friendly interface and ability to work with all add-ons.

Here’s a list of online live streams for Canelo vs GGG around the world:

The Ring TV is the official online pay-per-view streaming service for viewers in the US. The fight costs $79.99. The site seems to have some affiliation with HBO and thus we assume it will be an identical broadcast and commentary to what you’d get on cable. As far as we can tell there is no Android or iOS app to watch the fight on. You’ll have to watch in a web browser. An American IP address and a US-based payment method will be necessary to order the fight..

British boxing fans can order Canelo vs GGG on BoxNation and watch it online. The pricing scheme is a bit confusing, however. If you’re a new customer, the fight will cost you GBP £16.95 in total. That includes the normal 12-per-month subscription plus an additional one-off £4.95 subscription fee added when you sign up between September 9 and 18. After that, unless you cancel your subscription, BoxNation will continue to charge you £12 per month. You will need a UK IP address and payment method to order the fight.

Subscribers to online TV service DAZN in Germany can watch Alvarez vs Golovkin live at no extra charge. The service costs 9.99 Euro per month and is also available in Switzerland, Japan, Austria, and Canada, but only users in Germany are allowed to live stream the fight. If you’re already a DAZN subscriber, you might be able to use a VPN to get a German IP address and live stream the fight, but we haven’t tested this ourselves. Commentary will probably be in German.

DSTV says customers with premium subscriptions to SuperSport 2 can watch Canelo vs GGG at no extra cost to their subscription. From their website: “Big fight fans in South Africa can watch via their decoders or on DStv Now, online or the app.”

Latin American broadcaster Space will make the fight available on its website. From what we can tell you will need an existing cable subscription to watch the fight, along with a Latin American IP address, but it can be watched at no extra charge. Commentary will probably be in Spanish.

BeIN Sports will broadcast the fight in France, and cord cutters can live stream the fight through beIN Sports Connect. A monthly subscription costs 15 Euros, or 14 Euros if you pay for the whole year at once. The website indicates that you’ll get access to every live even on every beIN Sports channel, which would include the fight. You can watch in a web browser, iOS, Android, and some smart TV or set-top boxes. You’ll need a French IP address and payment method to sign up.

WOWOW Prime subscribers with a cable subscription can stream the fight through WOWOW’s mobile and smart TV apps or in a web browser. Our Japanese is pretty limited, but it looks like it costs 2,300 Yen per month. You’ll need a Japanese payment method and IP address.

TV Azteca and Televisa will be broadcasting the fight live on basic cable at no extra charge in Mexico. We couldn’t find details on whether it would be streamed online, but both websites a free live stream of their channels. Here is TV Azteca, and here is Televisa’s sports channel. It’s unclear whether this will be blacked out at the time of the fight or not, but it’s worth a shot! You will need a Mexican IP address.

Starhub will broadcast Canelo vs GGG on Hub Sports 2 in Singapore. We think Subscribers can watch live online with the Starhub Go sports package, which costs $9.90 per month. But just in case we’ve misinterpreted something, you should probably call ahead before ordering. You’ll need a Singaporean IP address and payment method.

Can I live stream Canelo vs GGG on Kodi?

Kodi is free and open source home theater software that runs on a wide range of devices, ranging from desktop operating systems like Windows and Mac to small streaming boxes like Amazon Fire TV. Kodi can stream content from a huge range of sources through third-party extensions called add-ons, making it extremely versatile.

Warning: Whatever you use Kodi for, we recommend connecting to a VPN to protect yourself from threats including man-in-the-middle attacks, hackers IP address hijacking, and ISP snooping and bandwidth throttling. VPNs are often associated with Kodi users looking hide their pirated streams from their ISP, all Kodi users will benefit from use of a VPN. Although unofficial add-ons carry more security risks, official add-ons are not immune to these, either.

We recommend IPVanish, which secures your connection inside an encrypted tunnel and masks your real IP address and keeps no logs of activity so your ISP and others cannot spy on your online activity. This will protect your privacy and can help to keep you safe from Man in The Middle Attacks. It works with all Kodi add-ons we have tested and is one of the few VPNs fast enough to stream uninterrupted live video, even in HD. It works with Amazon Fire Stick and Fire TV, as well as all other popular devices used with Kodi.

Exclusive reader deal: Save up to 60% on IPVanish plans here.

Unfortunately, the live fight is not available on any official Kodi addons that we know of. Of course, you’ll find no shortage of recommendations for third-party add-ons outside of the official Kodi repository with a bit of Googling. Users should beware of these add-ons and know the risks before using them. We advise you avoid these add-ons as they give access to copyrighted content which could land you in trouble if your ISP or copyright holders.

Some of these add-ons include:

What are these add-ons: These third-party Kodi add-ons aggregate links to live and on-demand sports videos. The list of links is given to the user, who can click on them to open a stream in Kodi.

Why should you avoid them? The sources that these add-ons aggregate are by-and-large pirated streams. They may well be illegal to view in your country. Third-party Kodi add-ons can carry malware, perform man-in-the-middle attacks, and add your device to a botnet. These threats can damage your device and expose your IP address to hackers. Our advice is to stay clear of them.

Third-party add-ons for live sporting events such as the Canelo vs GGG fight, often use pirated IPTV (Internet Protocol Television) streams as a source. These add-ons frequently rely on Acestreams, which use the BitTorrent network to share the network load between concurrent viewers. This will expose your IP address to everyone else watching the same stream, some of whom could copyright trolls looking to extort money from Kodi users.

SportsAccess and SmoothStreams are paid services, but they are not necessarily legal. Both source pirated streams and sell them to Kodi users. Many of the streams can be found legally in other places from legitimate sources, or even free from unofficial ones.

These add-ons might not be illegal to use in every country, but we strongly recommend users opt for official streams and add-ons.