MTV USA content is geo-restricted and unavailable outside the US. We’ll show you how to watch MTV USA abroad with a Virtual Private Network (VPN) as well as the best VPNs to use.
Mark Gill TECH JOURNALIST, VPN AND PRIVACY SPECIALIST 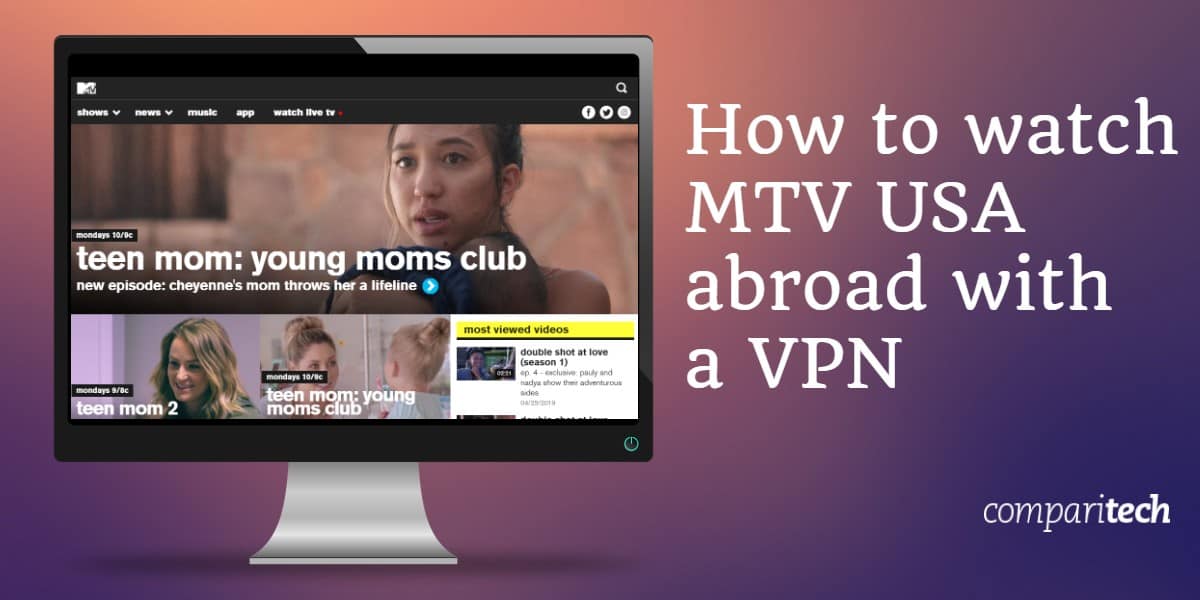 MTV USA content is geo-restricted and unavailable outside the US. We’ll show you how to watch MTV USA abroad with a Virtual Private Network (VPN) as well as the best VPNs to use.

When you try to watch MTV USA abroad, you’ll see the following message:

Sorry, this video is unavailable due to rights or restrictions”.

This means that the content is geo-blocked and that it can’t be accessed outside the US, at least not without a VPN! 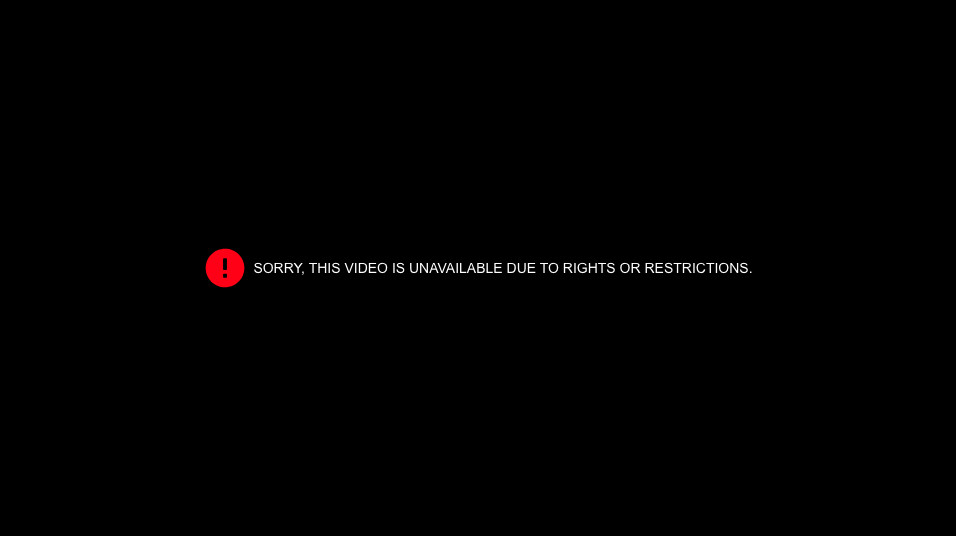 By using a VPN, you’ll be able to unblock geo-restricted content such as MTV USA, no matter where you’re located. These services work by encrypting your device’s internet traffic, routing it through one of the VPN’s own servers, and providing you with a new, country-specific IP address. In the case of MTV USA, you’ll want to choose a server in the US in order to obtain a US IP address.

We’ll cover the top VPNs for MTV in detail but if you want a quick answer here’s a summary.

With so many VPNs to choose from, how are you supposed to know which is best? We’ve scoured the market in order to find the best VPNs for MTV USA and save you some time.

The VPNs we’ve chosen all meet the following requirements:

Here’s our list of the best VPNs to watch MTV USA abroad:

ExpressVPN offers seamless streaming of MTV USA abroad thanks to its fast, reliable servers in almost two dozen US cities. ExpressVPN has more than 3,000 servers in total, across 94 countries, meaning it’s well placed to block geo-restricted content worldwide. Streaming services are often difficult to unblock but aside from MTV USA, ExpressVPN works with the likes of Netflix, BBC iPlayer, and Amazon Prime Video.

You can use ExpressVPN on a wide range of devices as it offers a long list of apps and browser extensions. These are very easy to use though 24/7 live chat support is available if you do have any issues. ExpressVPN offers its own smart DNS proxy service called MediaStreamer, allowing you to use your VPN with games consoles and smart TVs.

There’s plenty of security features to keep you safe online when using ExpressVPN. For instance, this service secures your data is secured with 256-bit AES encryption and protection from DNS and IPv6 leaks. There’s also a kill switch and split tunneling functionality. ExpressVPN doesn’t keep any logs from which you could be identified. This means that it doesn’t log your IP address, browsing history, or metadata.

ExpressVPN apps can be downloaded for Windows, Mac, Linux, Android, iOS, and routers. You can also download browser extensions for Chrome and Firefox.

BEST VPN TO WATCH MTV USA ABROAD:ExpressVPN is our #1 choice. It allows seamless streaming of MTV USA thanks to its fast, consistent US servers. It’s highly secure with encryption and a kill switch. Includes 24/7 support, a wide range of apps, and also unblocks Netflix. It’s risk-free as it includes a 30-day money-back guarantee.

NordVPN has over 1,700 servers in the US and unblocks MTV USA abroad with ease. A large network of more than 5,000 servers worldwide means you’re always likely to find a server with low load and optimal performance for streaming. NordVPN is able to unblock most geo-restricted content you’ll come across including streaming services like Netflix and Amazon Prime Video or even apps such as Tinder and Snapchat.

There are a number of features that make NordVPN a particularly high-value service. For starters, you can connect up to 6 devices simultaneously via a single account. There’s also excellent 24/7 customer support which is available via live chat. Then there’s the security options: NordVPN protects your data with 256-bit AES encryption, DNS, IPv6, and WebRTC leak protection, an automatic kill switch, a strict no-logs policy, and access to specialty servers.

You can use NordVPN via the apps for Windows, Mac, Android, iOS, Linux, and Android TV. There are also browser extensions for Chrome and Firefox. However, routers require manual setup.

EXCELLENT VALUE:NordVPN has over 1,700 US servers. It unblocks MTV USA, Netflix, and Amazon Prime Video. The apps are easy to use and provide numerous advanced security and privacy features. Use on up to 6 devices simultaneously. 30-day money-back guarantee.

CyberGhost is a fast and secure VPN service that’s ideal for watching MTV USA abroad. It has a network of just over 3,700 servers, more than 700 of which are in the US. Streaming with CyberGhost is stress-free as it offers unlimited bandwidth and traffic and is fast enough to handle HD content with no problem. CyberGhost also allows simultaneous connections on up to 7 devices which is more than most VPNs allow.

This is a great VPN for beginners, with versatile apps and browser extensions that are nonetheless easy to navigate. CyberGhost has a strong commitment to user privacy. It uses 256-bit AES encryption, DNS leak protection, kill switch, and no-logs policy. CyberGhost also publishes a yearly ‘Transparency Report’, providing information on the number of DMCA complaints and police requests they receive. Further, this service doesn’t log any information which could identify you.

STRONG SECURITY:CyberGhost has fast servers in the US and great all-round security with encryption and a no-logs policy. Lets you connect up to 7 devices. Offers live chat support and a variety of beginner-friendly apps. 45-day money-back guarantee.

PrivateVPN is a smaller VPN service with around 100 servers in 60 countries, including the US. Despite its small size, it has servers in 10 US cities including Chicago, Las Vegas, and New York. What sets PrivateVPN apart is its high speed servers, which are ideal for streaming MTV USA. That’s not all you can watch, though: PrivateVPN is also able to unblock Netflix, BBC iPlayer, and Amazon Prime Video. You can use this service to connect up to 6 devices simultaneously.

This is a VPN that’s easy for beginners to use thanks to the simple, uncomplicated design of its apps. PrivateVPN offers live customer support and even remote help should you need it. Notably, any interactions are with the developers themselves rather than freelance customer service reps. PrivateVPN is headquartered in Sweden and states it has a zero-logs policy. Security features include 256-bit AES encryption, kill switch, and DNS leak protection.

You can use PrivateVPN via the apps for desktop (Windows and Mac) and mobile (Android and iOS). Manual setup is required in the case of both Linux and routers.

FAST US SERVERS:PrivateVPN has fast servers in the US for watching MTV USA. It’s also able to unblock Netflix and Amazon Prime Video. Connect up to 6 devices simultaneously. Keeps data secure with encryption and no-logs policy. 30-day money-back guarantee.

Surfshark has servers in 12 US cities which include Los Angeles, Miami, and New York. This allows you to unblock US-based streaming services such as MTV USA, Netflix, or Amazon Prime Video. What’s more, Surfshark is ideal for families as it allows an unlimited number of simultaneous connections. The speeds offered by this VPN service are fast and consistent, meaning you should be able to stream without any performance issues.

Notably, Surfshark offers a number of interesting features. These include tools that let you block ads, whitelist certain apps and websites, and even use two VPNs at once for additional security. There’s also 24/7 support, available via live chat and email. Surfshark offers strong security, protecting your data with 256-bit AES encryption, DNS and IPv6 leak protection, a kill switch, and strict no-logs policy.

Surfshark offers apps for the following: Windows, Mac, Android, iOS, and Amazon Fire TV and Fire Stick. Browser extensions are also available for Chrome and Firefox. Manual configuration is required in the case of Linux and routers.

You can watch MTV USA abroad with a VPN by following these quick and easy steps:

How to watch MTV USA abroad

It’s worth mentioning that in order to watch content on MTV USA, you also need to sign in with your TV provider. If this isn’t an option for you, it’s possible to obtain a one time 24-hour viewing pass by signing in with your Facebook account or by creating an account and providing an email address. 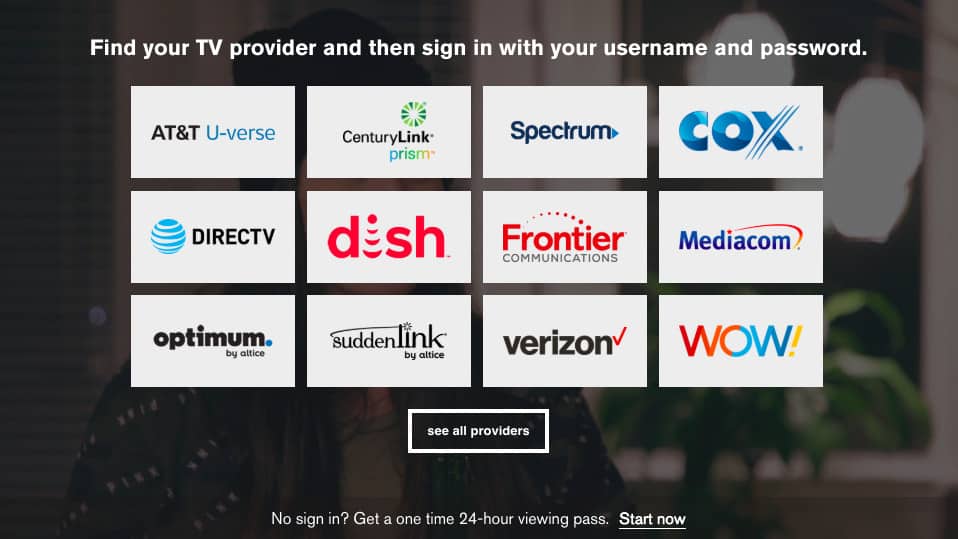 Can I use a free VPN to watch MTV USA abroad?

Yes, some free VPNs are able to unblock MTV USA abroad. However, most free VPNs aren’t worth your time due to their poor performance and lack of security. For the most part, free VPNs don’t have many servers and the high number of users means servers can be slow and overloaded. Some free VPNs restrict your bandwidth in an attempt to better manage this but the result is often a lot of buffering and lag when streaming.

Free VPNs are limited, not only in terms of performance but also in functionality. Unlike paid VPNs, there’s often a smaller selection of apps and most free services don’t allow multiple connections. Furthermore, free VPNs have been known to log your data, selling it to third parties while other free VPNs make money by spamming you with ads. Your best bet is a paid VPN that offers fast speeds, strong security, user-friendly apps and multiple connections.

What can I watch on MTV USA?

MTV USA offers various TV shows, most of which are reality and competitive series. Here’s some of the content you can watch on MTV USA: