Looking forward to watching the Djokovic vs Federer match? We’ll let you know when the Australian Open Men’s semi-finals 2020 are taking place, and explain how to live stream Djokovic vs Federer for free from abroad using a Virtual Private Network (VPN).
Ian Garland Streaming, Kodi and VPN Expert 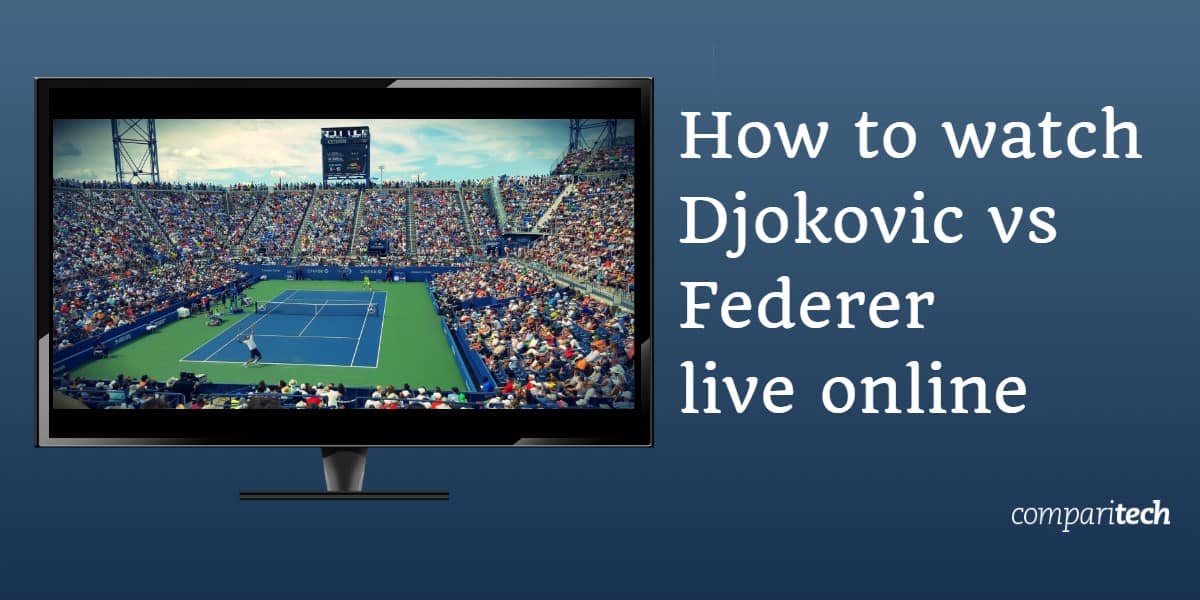 The 2020 Australian Open isn’t over yet, and in fact, the most exciting part is still to come. Two tennis heavyweights, Roger Federer and Novak Djokovic, will go head-to-head on Thursday, January 30, with the winner going into the final on February 2. Here’s the best part: if you’re in Australia, you can watch every match free of charge. Don’t worry if you’re currently out of the country; below, we’ll explain exactly how to live stream the Australian Open from abroad.

It’s important to note that we’ll only be recommending official Australian Open broadcasters. Given how popular this tournament is, it’s likely that unauthorized streams will be available. These are often taken offline partway through, though, and tend to provide an inferior viewing experience, so we don’t recommend using them. Luckily, you won’t have to since there are plenty of legitimate ways to stream Djokovic vs Federer (or any other Australian Open game) live online.

This year’s Australian Open will only be shown on geo-restricted streaming services. This means that if you’re traveling abroad and there’s no official broadcaster in the country you’re visiting, you won’t be able to access your home streaming services without a VPN.

How to watch Djokovic vs Federer online from anywhere

When you connect to a VPN, your real IP address is hidden and replaced with the IP address of the server you’re using. Why does this matter? Well, streaming services tend to use this to determine which country you’re in. Simply, a VPN allows you to spoof your location and access services that would otherwise be unavailable where you are.

Because the Djokovic vs Federer game will be broadcast live, it’s important to make sure your VPN works as expected ahead of time. This way, if there are any issues, you’ll still have time to get help (most major VPN providers offer 24/7 support over live chat) and might not have to miss the beginning of what’s sure to be an extremely close match.

How to watch Djokovic vs Federer for free on Australian TV

Australian tennis fans can breathe a sigh of relief: every single fixture, including Djokovic vs Federer, will air live on Channel 9. This means that you can stream them all, free of charge, online using 9Now. Coverage begins at 10 AM AEDT (6 PM EST / 11 PM GMT) daily, with short, infrequent breaks for the news.

Although this service is completely free, you will have to create an account before you can watch anything. This is straightforward and should only take a second, though. Additionally, as 9Now is region-locked, you’ll have to be in Australia (or using an Australian VPN server) to gain access. Don’t have a VPN yet? ExpressVPN is offering a 30-day money-back guarantee, which means you can stream the Australian Open men’s semi-finals risk-free. If you’re unsatisfied, just cancel during this period to get your money back.

Where else can I stream the Australian Open Men’s semi-finals online?

This tournament might be held in Australia, but there are fans all over the world watching with bated breath. Below, we’ll explain how to stream the 2020 Australian Open from wherever you are in the world:

If you’re in the US, you can stream the men’s semi-finals live at 3 AM EST on ESPN and The Tennis Channel. This won’t cost you anything extra if you already get these channels as part of your cable TV package, and between them, these two platforms will show every remaining match.

Looking to live stream the Australian Open without cable? ESPN also allows you to sign in with a YouTube TV, Sling TV, or Hulu with Live TV account. Here’s the good news: each of these services comes with a free trial, so it’s possible to sign up, watch the Djokovic vs Federer match online, and cancel to avoid being charged.

All of these platforms are region-locked, so you’ll need an American IP address to use them. If you’re currently outside of the US, you should be able to access these platforms as normal once connected to a US-based VPN server.

Eurosport has exclusive rights to show the 2020 Australian Open in the UK. Games will be shown live, but due to the time difference, these will often air late at night. Luckily, there’ll also be replays from 5 PM the following day.

To stream Eurosport online, you’ll have to sign up for the Eurosport Player. This costs £6.99 per month or £39.99 per year, and unfortunately, there’s no free trial. Additionally, you’ll have to use a VPN if you’re outside of the UK, since Eurosport’s content changes from one region to another.

There are two Australian Open broadcasters in Canada: TSN and RDS. Both services are showing the entire tournament, and really, the only difference is that TSN’s coverage is in English while RDS has only French-language commentary.

If you receive either of these channels as part of your cable package, you can sign in to the respective website and start watching immediately. Otherwise, you’ll have to pay $4.99 CAD for a day pass or $19.99 for a month’s access to the service.

TSN and RDS are geo-restricted and only available in Canada. However, you can simply connect to a Canadian VPN server to access these services while abroad.

Federer might have made it to the semi-finals, but he’s had a rocky tournament so far. The world’s #3 looked to be struggling against Sandgren and Millman, which doesn’t bode well given that these two are currently rank #100 and #47, respectively. To make matters worse, he suffered a groin injury during the Sandgren match, which means he’s unlikely to be in top form during the semi-finals.

In contrast, Djokovic is in his element at the moment. He’s absolutely dismantled his opponents so far, taking out Milos Raonic in straight sets. Further, the Serbian has won the Australian Open seven times (including just last year) and has never lost a semi-finals or finals match at this event. However, he’s aware of how close this match could be, remarking that “he was one shot away from beating me at Wimbledon”. However the game goes, it looks set to be one to remember.