How to watch Maurice Hooker vs. Jose Ramirez live online 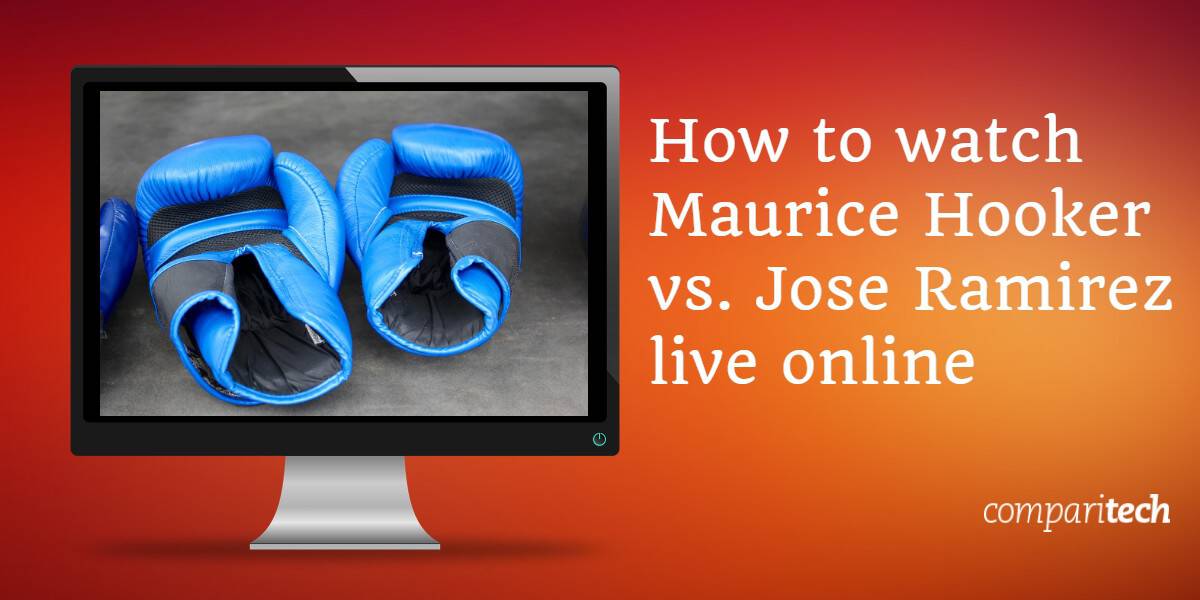 Maurice Hooker will face off against Jose Ramirez on July 27 at the College Park Center in Arlington, Texas. The main event will start at around 11 PM EST (8 PM PST) but there’s plenty to keep you occupied until then, with eight undercard fights including Farmer vs. Frenoir. Below, we’ll let you know how to live stream Hooker vs. Ramirez and all the preliminary matches online.

It’s important to note that we’ll only be recommending official sources. High-profile sporting events like this are often available on shady streaming sites but we advise against using them. The video quality is usually very poor, plus third-party streams can be taken offline without warning for copyright violation. There are several legitimate ways to watch Hooker vs. Ramirez online anyway, so there’s no reason to resort to unauthorized, unreliable streams.

The Hooker vs. Ramirez fight will only be shown on region-locked platforms. As a result, you’ll need a VPN to watch unless you’re in the US, the UK, or Canada.

VPNs encrypt your network traffic, preventing it from being read by snoopers like your Internet Service Provider (ISP), employer, or government. Additionally, VPNs enable you to change your IP address, bypassing geographic restrictions and letting you access region-locked services like Sky Go, DAZN, and Netflix from abroad. We recommend ExpressVPN: this fast, reliable VPN has strong security features, excellent unblocking ability, and over 3,000 servers in 94 countries.

Getting started with ExpressVPN only takes a few minutes. Just choose your preferred subscription length (one, six, or twelve months), and pay. You can even pay with Bitcoin if you’re worried about privacy, although as ExpressVPN doesn’t log any personally identifiable information, you’ll be untraceable either way. ExpressVPN includes a 30-day money-back guarantee, meaning you can watch Hooker vs. Ramirez risk-free and simply cancel afterward if you’re unsatisfied.

BEST VPN FOR STREAMING SPORTS:ExpressVPN is ideal for watching Hooker vs. Ramirez abroad. It’s very fast, unblocks some of the most popular streaming platforms, and doesn’t compromise on your security or privacy.

How to unblock Hooker vs. Ramirez abroad with a VPN

Don’t worry if you’ve never used a VPN before; accessing geo-blocked platforms from abroad is actually quite simple. Just follow the steps below to watch Hooker vs. Ramirez from anywhere:

Remember: Hooker vs. Ramirez will be broadcast live. As such, it’s important to make sure your VPN works well before the fight is due to begin. This way, if anything doesn’t work as expected, you should still have enough time to get help from your VPN’s customer support team.

How to watch Hooker vs. Ramirez live online

DAZN has exclusive rights to show this event in North America. Subscribers will be able to stream Hooker vs. Ramirez and all of the undercard fights live from 7:30 PM EST (4:30 PM PST). This service costs $19.99 USD or $20 CAD per month and offers a one-month free trial. As such, it’s technically possible to watch Hooker vs. Ramirez online for free as long as you cancel before your credit card is charged.

You should note that DAZN has particularly strict geo-blocking and most VPNs won’t allow you access it from abroad. However, we can confirm that, at the time of writing, ExpressVPN can unblock the Canadian version of DAZN. Additionally, your payment method will have to be linked to an American address if you’re using DAZN US or a Canadian address for DAZN Canada.

British boxing fans can watch Maurice Hooker vs. Jose Ramirez live on Sky Sports. If you’re already a subscriber, you can simply log in to the Sky Sports website or Sky Go app to stream these fights at no added cost.

There’s no need to panic if you don’t have cable, though. This match will air on Sky Sports Action, which is included as part of Now TV’s Sky Sports pass. Daily passes cost £8.99 each, and as you don’t need a Now TV account to buy one, there are no hidden charges to watch out for.

Sky Go and Now TV are both region-locked and only available in the UK. Additionally, they both require you to have a payment method linked to a British address. Existing subscribers can use these services as normal from abroad by connecting to a VPN server in the UK.

This is certain to be an exceptional fight, regardless of who wins. Both Hooker and Ramirez are undefeated champions in their respective organizations, meaning that no matter what, someone will walk away as the unified WBC and WBO Super Lightweight champion.

So which boxer is more likely to win? The stats themselves don’t tell us much: Hooker has 26 wins and three draws, while Ramirez has 24 straight victories under his belt. However, Hooker has a height advantage and a far longer reach. He tends to fight fairly conservatively, keeping his opponents at a distance, which means there’s a strong chance Hooker could win by decision.

On the other hand, Ramirez likes to get into the thick of things, overwhelming his opponents. If Ramirez keeps the pressure up and gets into Hooker’s personal space, there’s no reason why he shouldn’t win.