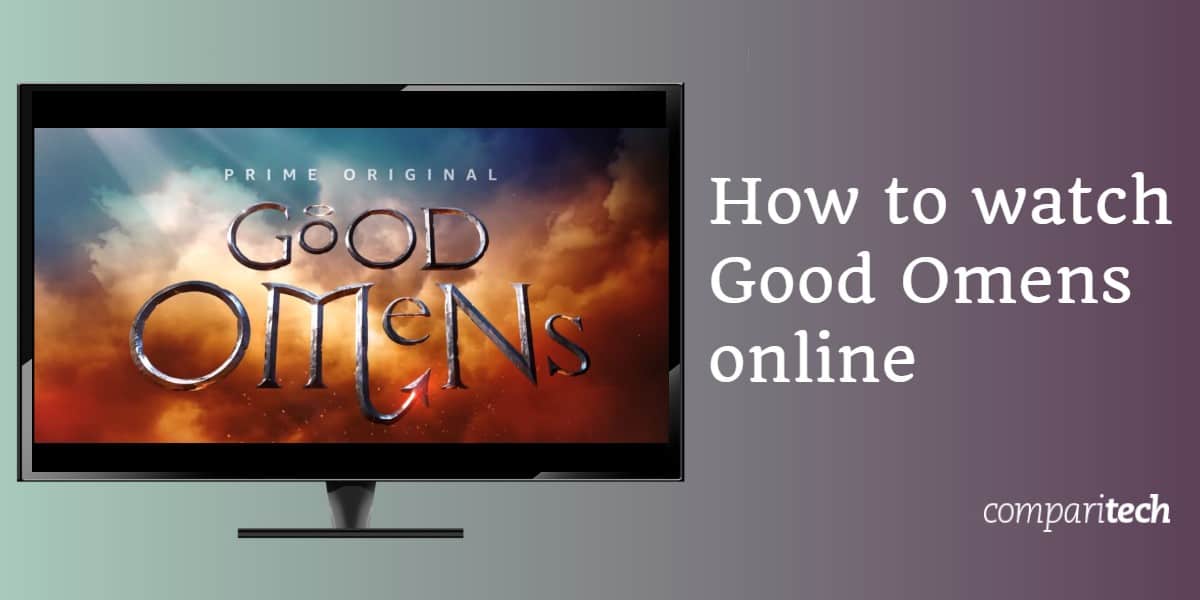 Although Good Omens has been out for a while on various streaming platforms, it’s just now coming to traditional TV. A new episode will air every Wednesday at 9 PM GMT (3 PM EST / 12 PM PST), but if you can’t wait six weeks for the finale, don’t panic: we’re about to explain how you can stream the entire first season of Good Omens online, even if you’re abroad.

It’s important to note that we’re only recommending official sources. Good Omens is a hugely popular show with an all-star cast, so it’s only natural that unlicensed streams would pop up. That said, these usually have low-quality video and given that they’re frequently taken offline for copyright violation, they’re inherently unreliable. Besides, there’s no need to use shady, unofficial streams since you can watch every episode of Good Omens online for free.

How to watch Good Omens online from anywhere

So how can you access a region-locked service abroad? Simply, these platforms rely on the user’s IP address to determine their location, so when you use a VPN, they assume you’re in whichever country your chosen server is in. Confused? Follow our quick and easy guide to setting up a VPN.

Here’s how to watch Good Omens online free, from anywhere:

Good Omens will be broadcast live, which means it’s important you ensure your VPN works properly ahead of time. This way, you’ll have time to get help from your VPN’s support team in case of any issues, and shouldn’t have to miss any of this critically-acclaimed series.

How to watch Good Omens for free on UK TV

BBC2 will be showing one episode of Good Omens every Wednesday at 9 PM. As such, you can live stream it, free of charge, on BBC iPlayer. As an added bonus, each episode will be added to the service’s on-demand library shortly after airing, where it will be available for a few weeks at least. You will have to create an account before you can watch anything, but this is very simple and only takes a minute.

British legislation says that you must have a TV license to watch anything (whether live or on-demand) on BBC iPlayer. However, while the service asks users if they have one or not, it doesn’t actually verify their answer and relies entirely on an honor system. Contrary to popular belief, BBC iPlayer does not ask users to enter a TV license number.

BBC iPlayer is region-locked and can usually only be accessed from within the UK. However, if you’re abroad, you can simply connect to a British VPN server and watch as normal. Still need a VPN? ExpressVPN comes with a 30-day money-back guarantee. This means you can watch Good Omens for free online, with no risk, and if you’re unsatisfied, you can simply get your money back.

Where else can I watch Good Omens online?

Don’t worry if you’re outside of the UK; Good Omens is actually available in several different countries (including the US, Canada, and Australia) on Amazon Prime Video. Amazon Prime’s price varies by location but generally, you can expect to pay about $12.99 USD per month after a 30-day free trial. On the plus side, Prime Video is included at no extra cost, so if you already have Amazon Prime, you can watch Good Omens online for free.

Will there be a second season of Good Omens?

While Good Omens comes to a fairly conclusive ending, there is hope for a second season. Neil Gaiman, who co-wrote the original book alongside Terry Pratchett, says that the pair actually drafted up a potential sequel, although it never made it to print. Additionally, series star Michael Sheen says he’d be willing to do a second season, assuming there was enough of a story. Ultimately, though, at the moment, there’s no concrete information about a second series of Good Omens.