Looking to stream Blue Bloods season 11 live online? Unfortunately, this gripping drama is only available in a handful of countries. Not to worry, though: we’ll explain how to watch Blue Bloods from anywhere (even abroad) using a Virtual Private Network (VPN).
Ian Garland Streaming, Kodi and VPN Expert 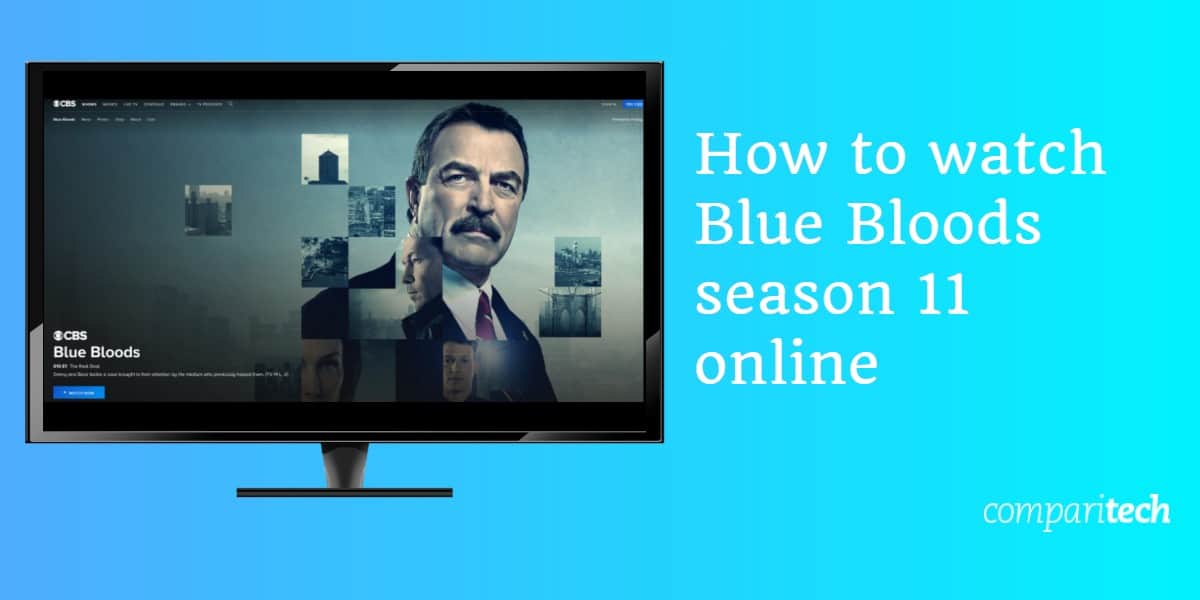 Season 11 of Blue Bloods will air at 10 PM EST (7 PM PST / 3 AM GMT) every Friday from December 4. Thanks to the pandemic, TV production has been scaled back significantly, and as such, this season will be shorter than any other, at just 16 episodes. This means that we can expect it to finish in mid-February. There’s plenty to look forward to before then, though; take a look below to find out how to stream every episode of Blue Bloods online.

At first, the new season will only be available in North America, which makes it likely unofficial streams will crop up pretty quickly. However, we don’t recommend using these. To begin with, they’re usually of a far lower quality, with laggy streams and low-resolution video. What’s more, they can be taken offline at any time for copyright violation. On the plus side, there’s no need to rely on shady streams since there are plenty of legitimate ways to watch Blue Bloods online.

Blue Bloods season 11 will only air on geo-restricted streaming services. As such, if you’re traveling outside of North America at the moment, you’ll have to connect to a VPN server in Canada or the US to stream new episodes on your usual home services.

How to live stream Blue Bloods from anywhere with a VPN

VPNs can be a little intimidating but once you know how they work, using them will become second nature. Below is a step-by-step guide to unblocking and streaming Blue Bloods season 11 from abroad.

Here’s how to watch Blue Bloods Season 11 online from anywhere:

Remember: Blue Bloods season 11 will be shown live. For this reason, it’s a good idea to spend a few minutes making sure everything works as expected ahead of the premiere. After all, you’ve waited almost a year for this; why let technical trouble snatch the start of a new season from you at the last second?

How to watch Blue Bloods season 11 on US TV

New episodes of Blue Bloods will be available exclusively on CBS. If your cable TV package already includes CBS, you can just sign into the website directly and start streaming at no added cost. It’s also possible to live stream CBS without cable, but you’ll have to sign in with a supported over-the-top service like fuboTV, YouTube TV, or Hulu with Live TV. These are all fairly expensive, but Hulu is the most affordable at $54.99 USD per month with a seven-day trial.

There is a much cheaper way to watch, as long as you don’t mind waiting an extra day for each episode. CBS All Access costs just $5.99 per month and comes with a one-month free trial. While this platform won’t allow you to watch CBS live, it boasts a huge collection of on-demand content including all ten previous seasons of Blue Bloods. This makes it a solid choice both for returning fans and those looking to start the series from the beginning.

CBS and CBS All Access are both geo-restricted and can usually only be used in the US. However, a US VPN server will allow you to access them from anywhere. Don’t have a VPN yet? NordVPN offers a 30-day money-back guarantee so you can try it risk-free; if it fails to meet your expectations, just cancel within this time to receive a full refund.

Where else can I stream Blue Bloods season 11 online?

Blue Bloods is an extremely popular show with fans all over the world. Below, we’ll explain how you can stream season 11 of Blue Bloods in your country.

Canadian fans get to watch new episodes of Blue Bloods at the same time as their US neighbors: 10 PM EST every Friday from December 4. However, these will be broadcast on CTV, not CBS. To view a CTV live stream, you have to log in with your cable provider details before you can actually watch anything. Unfortunately, this platform doesn’t support any over-the-top streaming services, so you can’t currently watch if you don’t have a cable TV subscription.

Not quite up to date yet? Crave allows you to watch all ten prior seasons of Blue Bloods and it costs just $9.99 CAD per month. There’s no news as to when we can expect the eleventh season to be added, though.

CTV and Crave are both region-locked, which means you’ll need a VPN to access them from outside Canada.

There’s no news at the moment regarding an Australian release of Blue Bloods season 11. However, in the meantime, you can stream every previous episode on Ten All Access. This service costs $9.99 AUD per month and includes a one-month trial. In other words, if you only have a few episodes to catch up on, you can just sign up, watch them, and cancel to avoid being charged.

Given that every other season has been shown on Channel 10, it’s almost certain that the new one will be too. If so, you’ll be able to watch it, completely free, on 10 Play. Recently-aired episodes are available on-demand for a short time, too, so there’s no need to worry if you miss one.

Both of these services are geo-restricted. As such, if you’re outside Australia at the moment, you’ll have to connect to an Australian VPN server to access them.

What can we expect from season 11 of Blue Bloods?

As fans know, the show centers around a family of police officers, and given everything that’s happening in the real world right now, the writers faced a tough challenge. Donnie Wahlberg, one of the stars, has mentioned that the show has “always tried to engage in tough conversations” but acknowledged that in the past, it could have done a better job at addressing the issues of the day.

We don’t know too much about the plot of the upcoming season, although we do know that it will involve City Council Speaker Regina Thomas (Whoopi Goldberg) returning and continuing her fight for social justice. Fans will also reportedly see Danny Reagan finally try to address some of the issues that have haunted him throughout the series.