How to watch NCIS: Los Angeles live online from anywhere

Excited for NCIS: Los Angeles to return? The show will be back sooner than you might think, and we’ll let you know how to stream the rest of NCIS: LA season 13 online.
Ian Garland Streaming, Kodi and VPN Expert 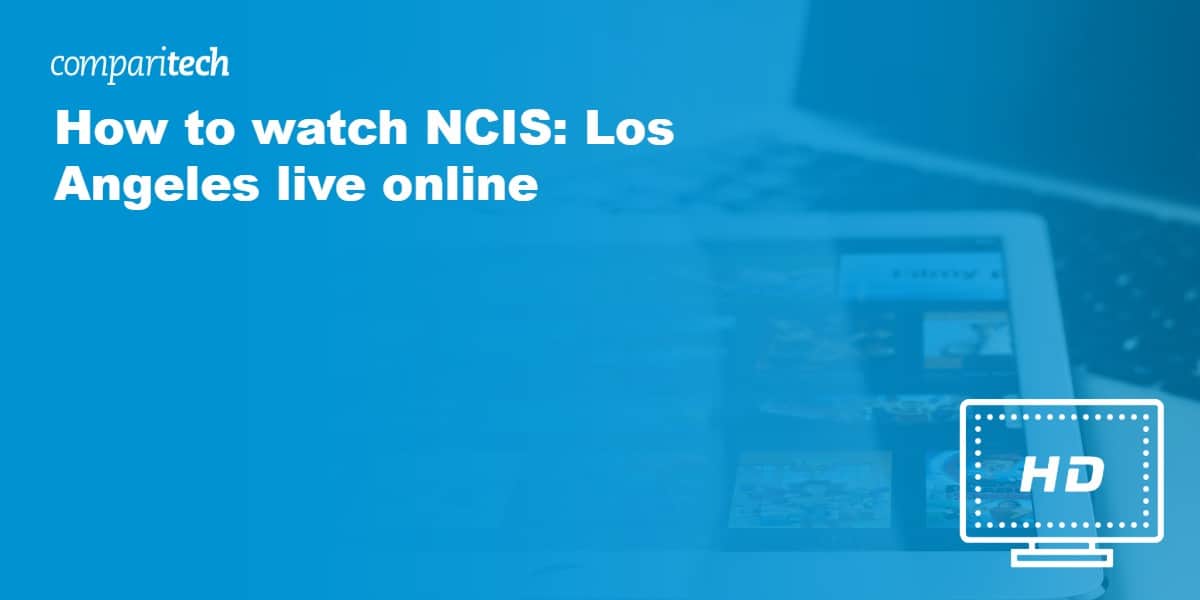 After more than a month away, NCIS: Los Angeles is returning on January 2, 2022 at 21:00 ET (18:00 PT). Barring any more breaks in the schedule, one episode will be released every week, likely until Spring at least. There’ll be plenty of action to look forward to, and the good news is that it’s actually pretty easy to watch NCIS: Los Angeles season 13 online; just take a look below to find out how.

Note that we only recommend watching via official sources. Unlicensed streams just aren’t worth the trouble: their video quality is usually terrible, they can land you in legal trouble, and they’re frequently taken offline for violating copyright. There are plenty of legitimate broadcasters showing NCIS: LA online, though, making third-party streams effectively pointless.

NCIS: Los Angeles season 13 will only be shown on geo-restricted services. This means that if you’re traveling abroad, you’ll likely need a Virtual Private Network (VPN) to continue watching your usual services back home.

How to stream NCIS: Los Angeles online from abroad

VPNs help keep your online activities safe from snoopers by encrypting your data and sending it through a server in a different location. This second step, however, can also be used to regain access to your usual streaming services as you travel.

Here’s how to watch NCIS abroad:

If you’re looking to live stream NCIS: Los Angeles, it’s extremely important to make sure your VPN works with the streaming service that’s showing it beforehand. This way, you won’t be stopped from watching due to unforeseen technical trouble. All of the VPNs mentioned above offer free 24/7 assistance over live chat, just in case you have any issues.

NordVPN offers a fully-featured risk-free 30-day trial if you sign up at this page. You can use the VPN rated #1 for streaming NCIS: LA with no restrictions for a full month. This makes it easy to stay caught up on the latest episodes, even while traveling abroad.

How to watch NCIS: Los Angeles online on US TV

Just like with previous seasons, NCIS: Los Angeles will be broadcast on CBS. If you already receive this channel as part of your cable TV package, you can just sign into the website and watch online for free. Alternatively, users can login with a Hulu, fuboTV, or YouTube TV account, each of which includes a short free trial.

It’s also possible to watch NCIS: LA on Paramount Plus. This service costs $9.99 USD per month, following a seven-day trial period. Better still, it has the first half of season 13 as well, making it easy to refresh your memory ahead of the new episodes.

Unfortunately, it’s pretty difficult to stream older seasons online. Sling TV has six seasons available but these are out of order (3, 6, 7, 8, 9, and 12). If you’d like to watch the show from the very beginning, there’s currently no way other than to purchase seasons individually on a video rental service like Amazon Prime Video or Vudu.

These services are all geo-blocked but you can access them outside of the US using a VPN. NordVPN even has a 30-day money-back guarantee so that you can try it risk-free. If you’re in any way unsatisfied, just cancel within 30 days to claim a full refund, no-questions-asked.

Where else can I watch NCIS: LA season online?

The show might be set in Los Angeles, but it has fans all over the world. Here’s how to stream NCIS: LA wherever you are:

NCIS fans in Canada can stream the entire show, from start to finish, on Paramount Plus. This costs $5.99 CAD per month and comes with a seven-day free trial. As well as allowing you to watch CBS live, this service will add the latest episodes to its on-demand library soon after they finish airing. It’s also possible to stream recently-shown episodes on Global TV, but you’ll need a cable TV subscription to watch these.

Both Paramount+ and Global TV are region-locked, so you normally can’t watch NCIS on them while abroad. However, if you connect to a Canadian VPN server, you can use these as normal.

Once again, Paramount Plus is the home of NCIS: LA season 13. A subscription costs $8.99 AUD monthly after a seven-day trial and grants access to every single episode of the show.

There are a couple of other ways to watch, though. Foxtel and Binge both have the first 11 seasons. This means that Foxtel TV customers can watch online at no added cost, and those without cable can stream NCIS online for just $10 AUD per month (after a two-week trial).

These services are all geo-restricted and can’t usually be accessed outside of Australia. If you’re on vacation abroad, though, all you have to do is connect to an Australian VPN server.

Season 13 of NCIS: Los Angeles hasn’t actually started airing in the UK just yet, so British fans might have a while to wait. In the meantime, you can stream seasons 11 and 12 on Sky Go or Now TV. The former is free, assuming you’re already a Sky TV customer, while Now TV’s Entertainment pass costs £9.99 per month after a one-week free trial.

To watch the first 10 seasons, you’ll have to purchase them on Amazon Prime Video or similar video rental platforms. Now TV and Sky Go are only available in the UK. This means that you’ll need a VPN to access them while traveling abroad.

What will happen in NCIS: Los Angeles season 13?

NCIS shows tend to have a fairly episodic structure, so there isn’t much in the way of an overarching plotline. However, season 13 has seen a few longer subplots, including Kensi and Deeks’ struggle to have a child of their own. We know that episode 7 will kick off with the revelation that a certain character is a long-standing member of a secret society dedicated to solving cold cases.

Who stars in NCIS: Los Angeles?

All of the main series cast are returning for season 13, with two notable exceptions. Barrett Foa (who played Eric Beale) and Renée Felice Smith (Nell Jones) both left the show to work on other projects. Still, fans can look forward to seeing most of their favorite cast members again, including: