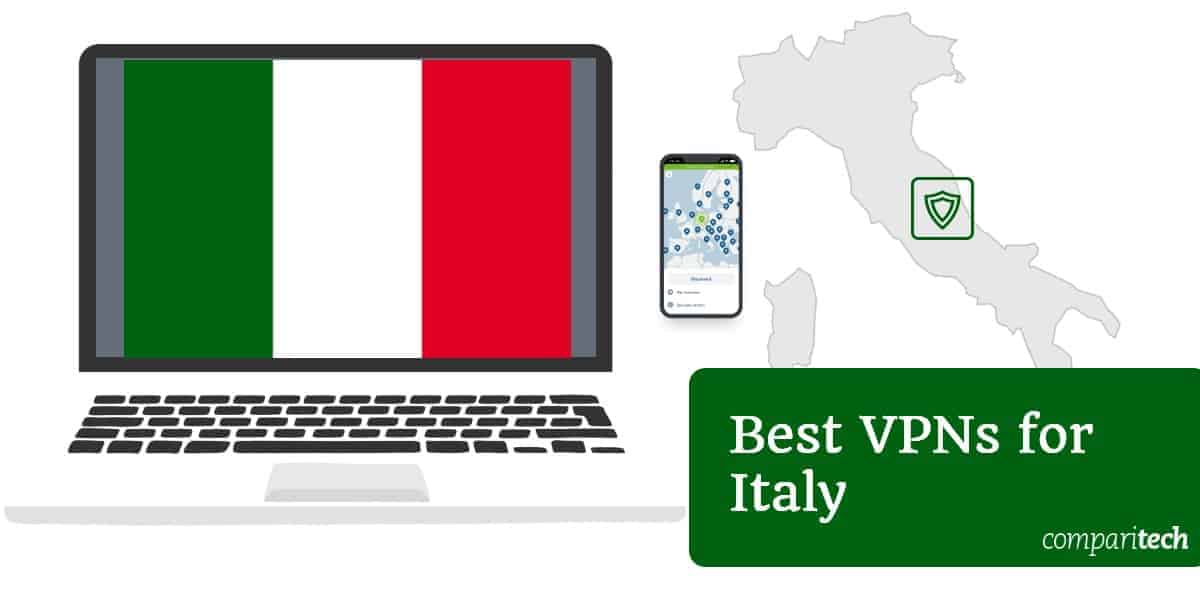 BEST VPN FOR ITALY:NordVPN is our first choice. With a large range of servers including a few in Italy, this is a good all-rounder option that unblocks Italian Netflix, RaiTV and most other streaming services. Great privacy and security credentials. A 30-day money-back guarantee is included so you can try it risk-free.

Surfshark has a network of around 3,200 servers in 65 countries, Italy included. This low-cost VPN is generally very fast, and excels at unblocking stubborn streaming platforms like Netflix, so you shouldn’t have any issues watching Rai TV abroad. Best of all, it allows you to protect every device you own with a single account.

This VPN’s servers secure your traffic using 256-bit encryption, DNS and IPv6 leak protection, and a kill switch. What’s more, they offer a NoBorders mode capable of bypassing even the strictest regional restrictions. Surfshark is a zero-logs provider and can’t reveal details of your activities under any circumstances. If you need any help, you can reach support staff 24/7 via live chat.

Apps are available for Android, Windows, Linux, MacOS, and iOS.

FAST AND VERSATILE:ExpressVPN is a reputable provider that's optimized for high-speed connections. Excels at unblocking Italian geo-locked streaming sites. Hard to beat on privacy and security. There is a 30-day no-quibbles money-back guarantee with every plan.

IPVanish operates more than 1,100 servers in some 60 countries. It owns, rather than rents, its servers, meaning it has maximum control over the traffic that flows through its network and who can access it. If you have a Hulu or Netflix account, IPVanish can’t help you unblock those. But it works for pretty much everything else including RaiPlay. IPVanish is also a favorite among Kodi users and works with all Kodi add-ons we’ve tested thus far.

NO DEVICE LIMITS:IPVanish has a large network of servers. Generally solid for RaiPlay streaming and folks who need the highest standard of privacy, but look elsewhere if you want to unblock Netflix or Hulu. 30-day money-back guarantee.

Supposedly « free » VPN services are still by-and-large for-profit ventures. In order to generate income, many of them mine your browsing traffic and inject tracking cookies into your browser in order to collect information that can be sold to advertisers. That defeats the privacy purpose of a VPN and should be avoided. Some VPNs even insert additional advertisements right into web pages.