If you’ve been looking for a way to watch streaming video on your television, you may have heard of Kodi boxes. But what are Kodi boxes? And which Kodi boxes are the best? This article will explain what Kodi boxes do and will review the most popular Kodi boxes for 2020.

Kodi is an open-source media player. It allows users to play music, video, and other multimedia content from files stored on a device or streamed from the Internet. Because of its ability to easily access streaming content across numerous devices, Kodi has become popular with the “cord-cutter” movement.

Kodi has also become popular thanks to third-party addons that let users stream unlicensed content. This has given it a bad reputation in the media. However, the Kodi Foundation has taken a strong stance against unlicensed streaming. The app is designed to block the installation of third-party addons without changing app settings. Users can easily find legitimate streaming addons available in the official Kodi addon repository.

Kodi can be installed on the streaming boxes listed in this article or on PC, Mac, Android phone or tablet, iPhone or iPad.

Whenever you use Kodi or any software to stream video from the Internet, you always open yourself up to privacy risks. Your ISP can log information about what shows you are watching and where you are streaming them from. It can then sell this information to advertisers if it gives you notice beforehand. Many ISPs throttle video streaming data to help clear congestion on the network as well.

The best way of dealing with these problems is to use a VPN anytime you stream video or are connected to the Internet. A VPN will encrypt the communications between you and the websites you visit, helping to keep your activities hidden from your ISP, hackers, and other unauthorized people.

Not all VPNs are good for Kodi users though. Some are too slow to stream high definition video. Others keep logs of users’ activities, replacing old privacy issues with new ones. Most VPNs are also difficult to install on Kodi boxes.

We recommend IPVanish for Kodi users. In our testing, we found IPVanish to be one of the fastest VPNs around. It has a strict policy against keeping logs. IPVanish is also available as a download for Android or Amazon Fire TV stores, making it easy to install on most Kodi boxes, including the Amazon Fire TV and Nvidia Shield.

What is a Kodi box?

A Kodi box is a small streaming device that connects to a television and is capable of running Kodi. Most Kodi boxes run Android OS, although some run Linux instead. Some iOS devices, such as the Apple TV, could also be considered Kodi boxes. The purpose of a Kodi box is to allow a person to watch TV shows and movies, listen to music, and enjoy other content on his/her television. Without a Kodi box, Kodi users would only be able to watch TV on their PCs or mobile devices, instead of on the big screen.

You may find some sellers offering what are known as “fully-loaded Kodi boxes”. We do not recommend you purchase or use these. Kodi boxes preloaded with the Kodi app and addons are quite often outdated and often include a large number of broken and potentially malicious Kodi addons. (More on this at the end.)

Here is a list of the most popular and highly rated Kodi boxes for 2020. 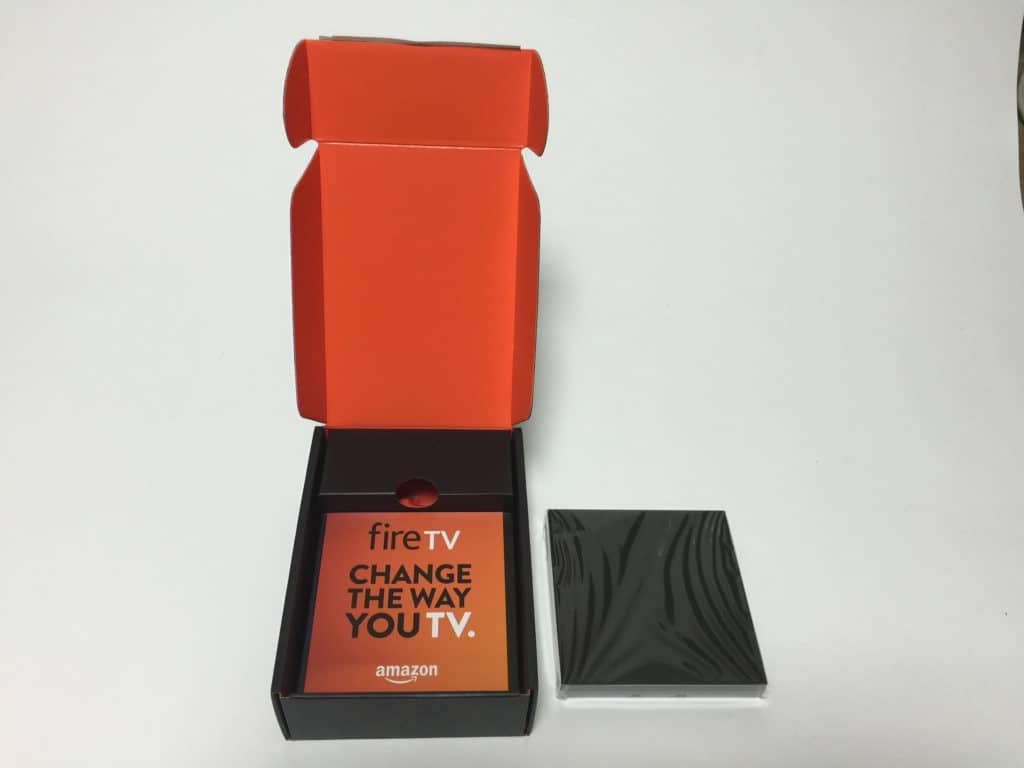 Amazon Fire TV is one of the most popular Kodi boxes around. It has 4K capability, a fast processor, 8GB of storage and 2GB of RAM. It connects to the Internet through WiFi, but also has an ethernet adapter if you want to go the wired route instead.

Amazon Fire TV comes preloaded with the Amazon Fire TV app store, which contains quite a few TV and movie apps. These apps sometimes provide a nice backup in case there is no working Kodi addon for a particular streaming service you want to use. The app store also contains lots of games that are made to work with a remote control.

Despite these advantages, there are two main drawbacks to the Amazon Fire TV. First, Kodi is not available in the Amazon app store. Instead, users must “side-load” Kodi by using a downloader or file manager app. This process can be frustrating to new users.

Second, while Amazon Fire TV with 4K UHD is not the most expensive Kodi box around, some Kodi users may still be unwilling to pay its $38-$57 price.

Related article: How to install Kodi on Amazon Fire TV/Stick 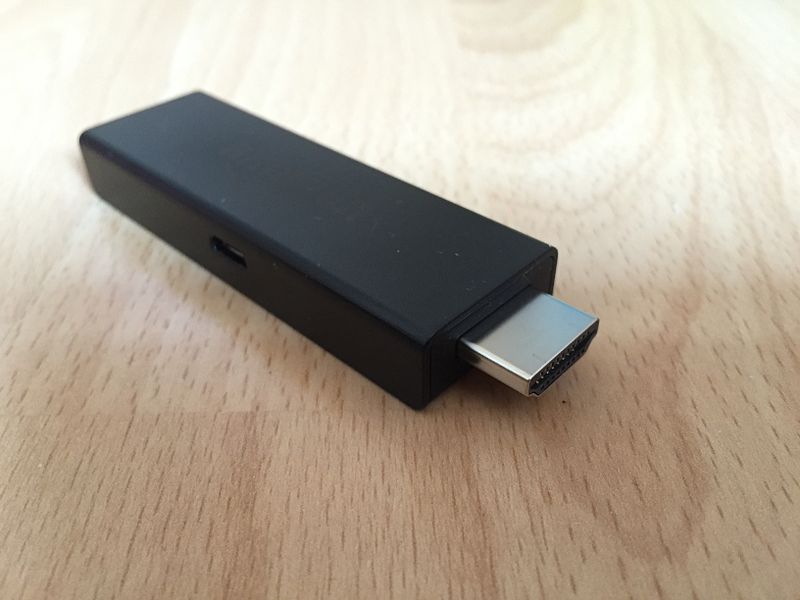 Another great advantage of the Fire TV Stick is that it is less bulky than its higher-priced counterpart, as it consists of only a rectangular “stick” that plugs directly into the television.

If you have a 4K television, the older version of the Firestick is probably not a good option. But if your TV only provides 1080p video or lower, it might be a good enough Kodi box for what you need it for.

As with the Fire TV above, Kodi users must sideload Kodi on to the Firestick. It cannot be installed from the Amazon app store. 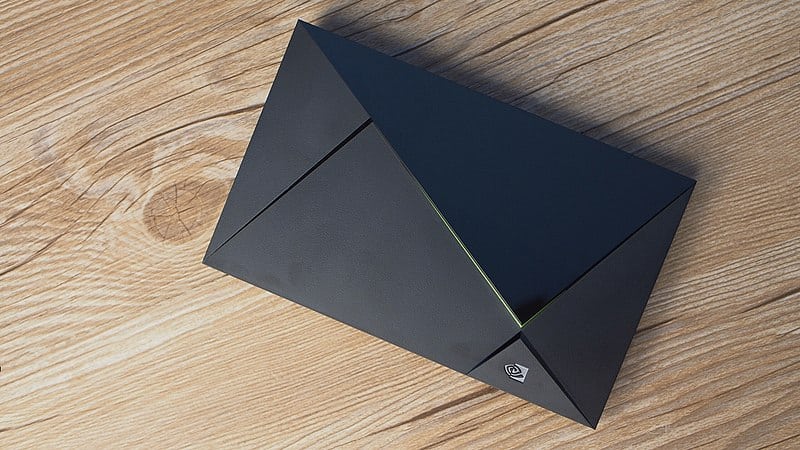 The Nvidia Shield has 4K support and runs on Android OS. The Google Play app store is available on it, making it easy to install Kodi on the Nvidia Shield. It is one of the most powerful Kodi boxes around, with a 1.9Ghz quad-core Tegra X1 processor. Many Kodi users say that menu functions on Nvidia Shield are extremely smooth, and both HD and 4K video play without interruption.

Nvidia Shield can also be used to stream PC games from a Nvidia graphics card on a nearby PC or from the Steam platform. If you want to be able to play the latest 3D games as well as stream video, the Nvidia Shield may be the right Kodi box for you.

Nvidia Shield costs around $180-$200, so this Kodi box is best for users that are willing to pay more to get high performance.

See also: How to install Kodi on Nvidia Shield 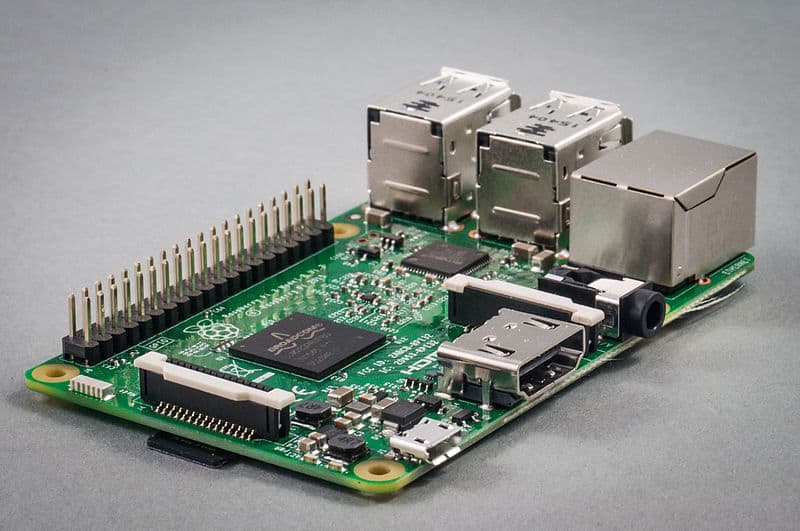 The Raspberry Pi is a small, single-board computer developed by the Raspberry Pi Foundation. It was originally created to teach students how computers work, but is now a go-to DIY streaming device, among other things.  The Raspberry Pi 3 is the latest version of this device. Most people who use Raspberry Pi to stream video run a version of Linux made especially for Kodi. The two most popular of these are OSMC and LibreELEC.

The device can handle 1080p video, but will not play 4K. It has an 802.11n WiFi antenna that is slightly less powerful than the Amazon Fire TV or Nvidia Shield’s. If the WiFi is not strong enough, it has an ethernet port that you can use to hook it up to your router.

A Raspberry Pi 3 costs around $57, although it does not come with a remote or case. Adding these components pushes the price up to around $100.

Related article: How and why to use the LibreELEC Kodi fork

The Seguru Trongle X4 is an Android-based streaming box. It can connect to the Google Play Store to download Kodi or other TV and movie apps. It’s capable of 4K video and is equipped with a 5Ghz WiFi adapter. It also has an ethernet port.

The one big drawback to the Seguro Trongle is that it doesn’t reformat Google Play Store apps for use with a remote. As a result, navigating apps such as Netflix and Hulu can be difficult. But since the Android version of Kodi is formatted for remotes already, this is not a problem when using Kodi on the Trongle.

WeTek Hub is an Android box that can also be set up to boot into LibreELEC. It comes with several Android TV and movie apps preloaded, and it provides access to the Google Play store. It has an AMLogic S905-H Revision C processor, which allows it to play 4K videos smoothly.

The WeTek Hub costs around $80-$100. The WeTek Hub offers a good mixture of LibreELEC and Android OS support.

The EmTech GEM Box is a streaming media player that also doubles as an Android gaming system. It comes with a game controller that has four colored buttons, a directional pad, two analog sticks, and a start and select button. This is similar to the controls of an Xbox 360. The GEM box offers access to Google Play, making it simple to download and install Kodi. The GEM Box is also compatible with GameFly, a popular video game rental service.

The cost for a GEM box is around $50, making it an inexpensive and useful option for any Kodi user who also wants to play games.

The GooBang Doo ABOX is an Android-powered streaming-media player. It has an S905W Quad Core A53 Processor and 2GB RAM. It can produce up to 4K resolution video. Most users of this box have reported that it plays 1080p or 4K video with few buffering problems.

The GooBang Doo ABOX costs around $70. Like the Seguru Trongle and WeTek Hub, the GooBang Doo provides an excellent choice for Kodi users who don’t want to mess with having to sideload Kodi or deal with the Amazon app store.

While all of the above boxes are great choices for Kodi users, we only recommend buying them if they haven’t been tampered with by the merchant. Many merchants instead offer something called a “fully-loaded” Kodi box. This is usually an Android-based streaming-media device with Kodi and a bunch of third-party addons preinstalled.

The problem with “fully-loaded” Kodi boxes is that they are often filled with unofficial, copyright-infringing addons full of dead links and poor-quality streams. These addons often slow Kodi down or cause it to crash. They also may be full of malware, depending on where the merchant got the addons from.

We do not recommend using a fully-loaded Kodi box. It is always better to set up the device yourself, install Kodi, and install addons for services you personally want to stream from. This will help prevent your box from getting infected with malware and potentially being damaged.

“Kodi” by XBMC Foundation, in the public domain