The stable release of Kodi 18 Leia is finally out! Here's how to install Kodi 18 on any device, including your Amazon Firestick. Or, if you still want to use the older versions, we'll give you guidance on how to install Kodi 17.6 as well.
Tom Blackstone Kodi and streaming expert 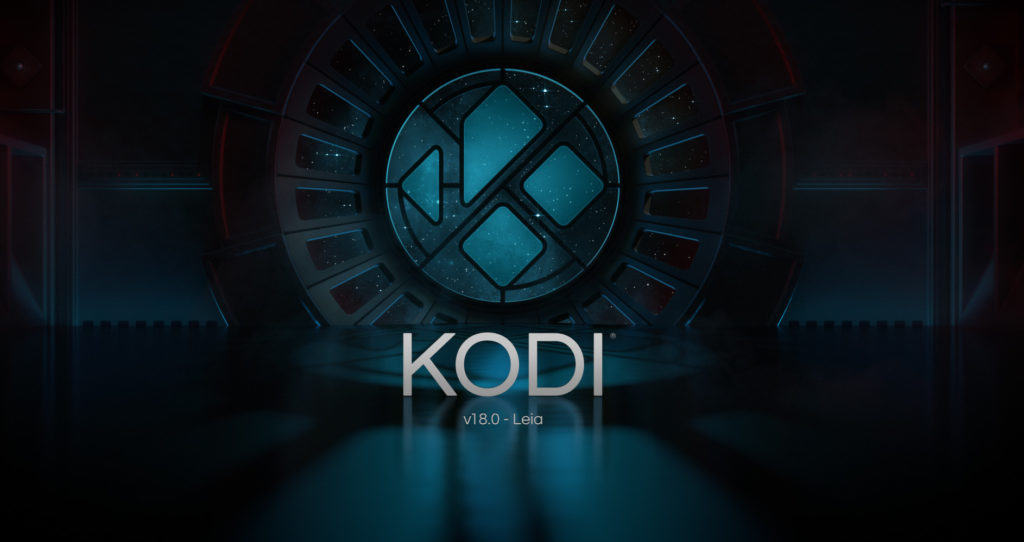 Are you looking for the newest version of Kodi? This article will explain how to download and install Kodi 18 or Kodi 17.6, the two newest versions available.

The Kodi Foundation has been working on a new version of Kodi that is codenamed “Kodi 18 Leia.” Unfortunately, what they have so far is not yet stable enough for them to recommend it as the “official” version. However, many users have reported that the current version works just fine. So you can always try it out if you want to.

Read on to find out how to download and install either of these Kodi versions.

Kodi is media player software that allows you to stream movies, TV shows, music, and other content from the Internet. It also lets you play videos stored on your device. It can be installed on Nvidia Shield, Apple TV, Amazon Fire Stick, or any device that runs Android, Windows, Mac OS X, iOS, or Linux.

Because it bypasses the usual browser plugins that play commercials, Kodi can be used to stream uninterrupted videos from free sites like Crackle, Tubi TV, and Popcornflix. This has made it popular with “cord-cutters” who seek to escape the high costs of cable and satellite TV.

Whenever you stream video using Kodi or a web browser, you should always use a VPN to protect your privacy. If your location is broadcasted, many streaming video sites will try to block you from viewing content based on your location. A VPN will allow you to choose an IP address from practically anywhere, preventing these sites from knowing where you are.

VPNs can also help to protect you against man-in-the-middle attacks and ISP speed throttling.

Not all VPNs are good for Kodi users. Most lack native apps for popular devices that run Kodi, such as the Amazon Fire Stick or Nvidia Shield. While all VPNs will slow your speed somewhat, many are so slow that they cannot stream HD video without buffering. Some VPNs keep logs of users’ activity, creating a new risk to privacy.

Because of these problems, we at Comparitech recommend IPVanish to Kodi users. It has a strict policy against logs, streamed 1080p with no buffering in our tests, and has a native app for both Amazon Fire Stick and Nvidia Shield. It’s a great way for Kodi users to protect their privacy.

How to download and install Kodi 18 Leia Stable Release 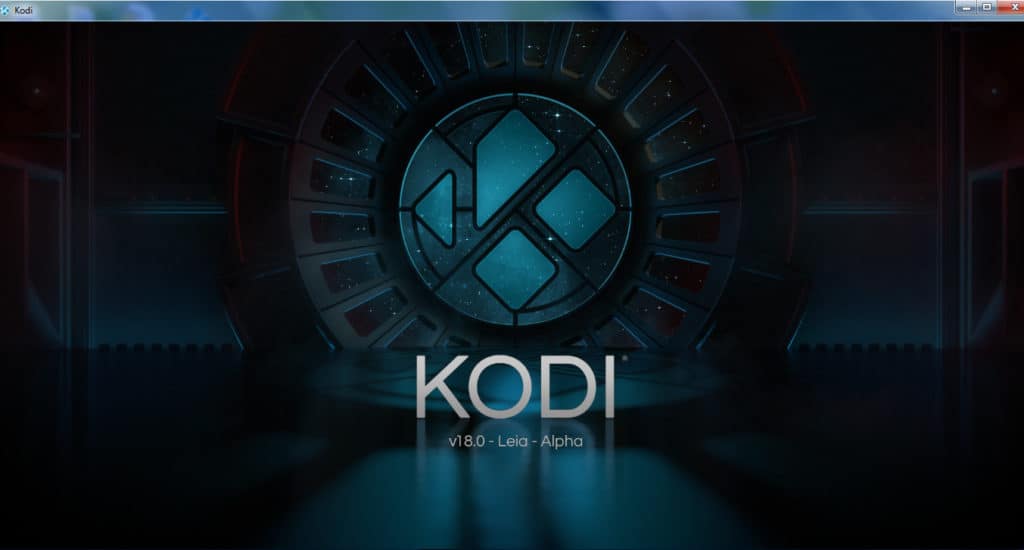 The final and fully stable version of Kodi 18 is finally here! There are so many useful new features in it that you may want to use it now even before the final version is released. If you want to try out Kodi 18 Leia, here is how to install the current stable build.

Note: If you already have a previous version of Kodi installed, the settings from your old version should transfer to the new version during installation. However, you should always backup your settings just in case something goes wrong.

For Windows or MacOS: 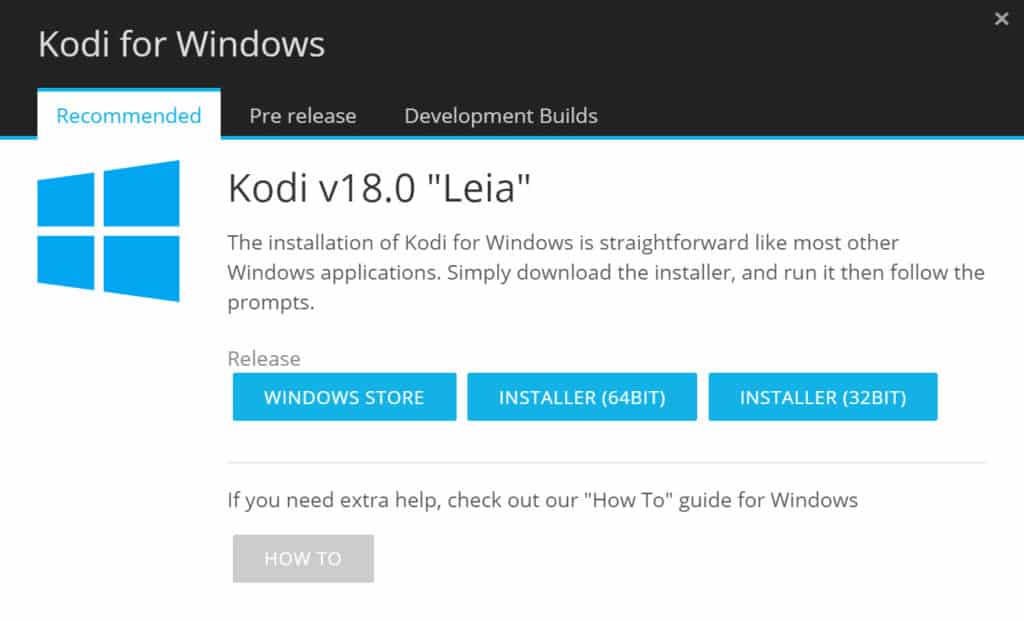 For Nvidia Shield and other Android devices 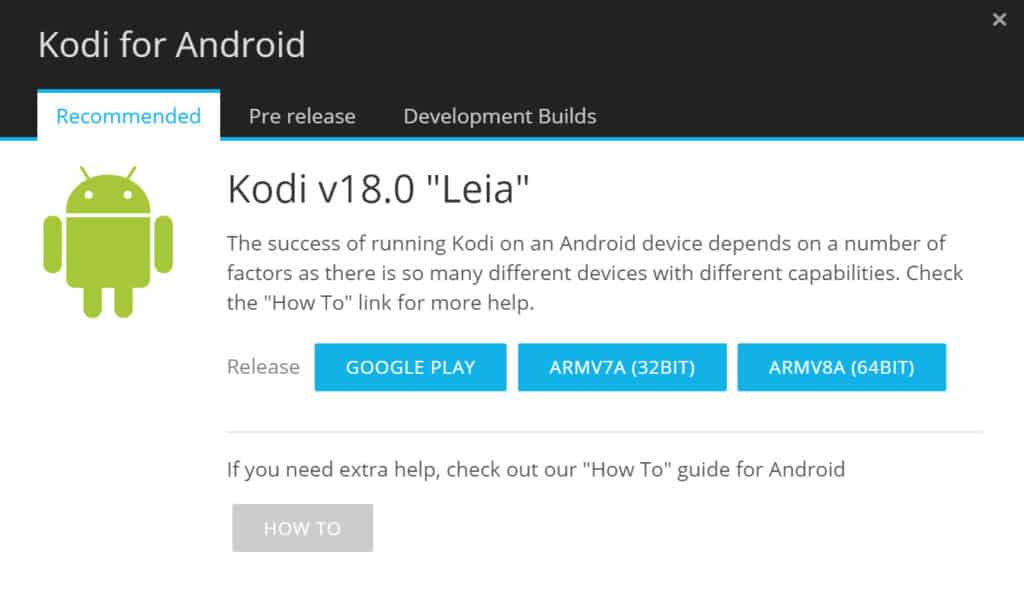 For normal Android mobile phones or tablets, simply go to the Google Play Store, type in Kodi, and download the latest version from there.

For Android TV devices, such as the Nvidia Shield or other set-top boxes running Android, do the following:

See also: How to install Kodi on Amazon Fire Stick

For iPhone, iPad, or Apple TV 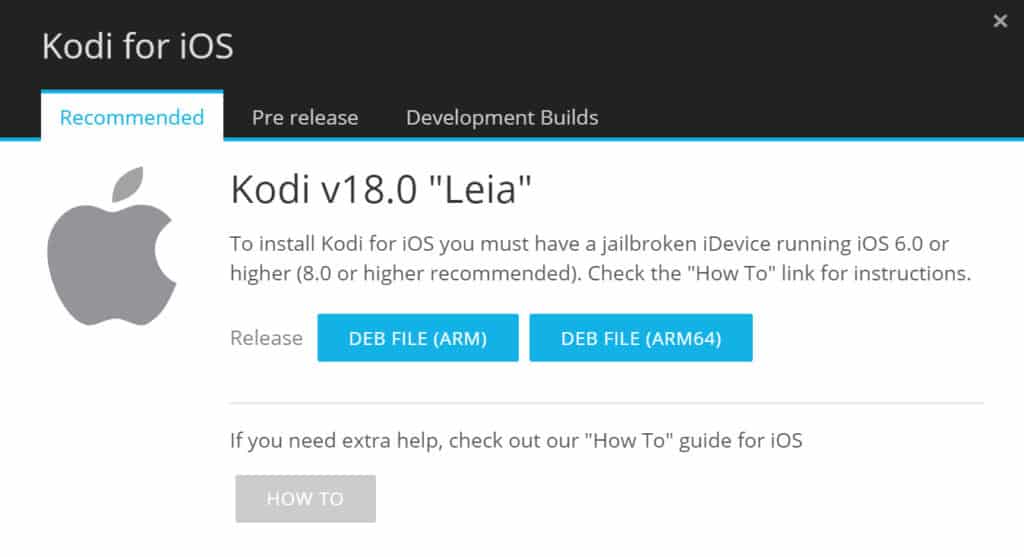 Here are some of the new features only available in Kodi 18 Leia. 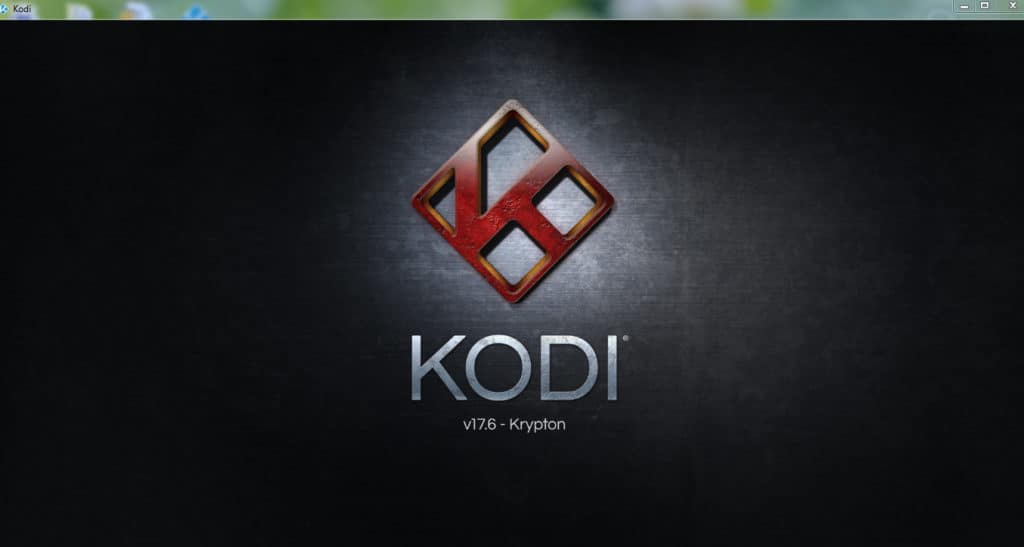 Now that Kodi 18 is the current and stable version of Kodi, version 17.6 has been pushed into the background. It’s still available to download, however, directly from the Kodi downloads page.

To find all downloads for older Kodi versions, including 17.6, do the following:

Kodi 17.6 contains no new features. However, it does contain a few fixes that make it more stable than previous versions, including: