Want to stream AEW Fight For the Fallen on Kodi for free both in the US and elsewhere worldwide? You can on July 13th, 2019 but viewers outside of the US will need to use a VPN.
William Elcock 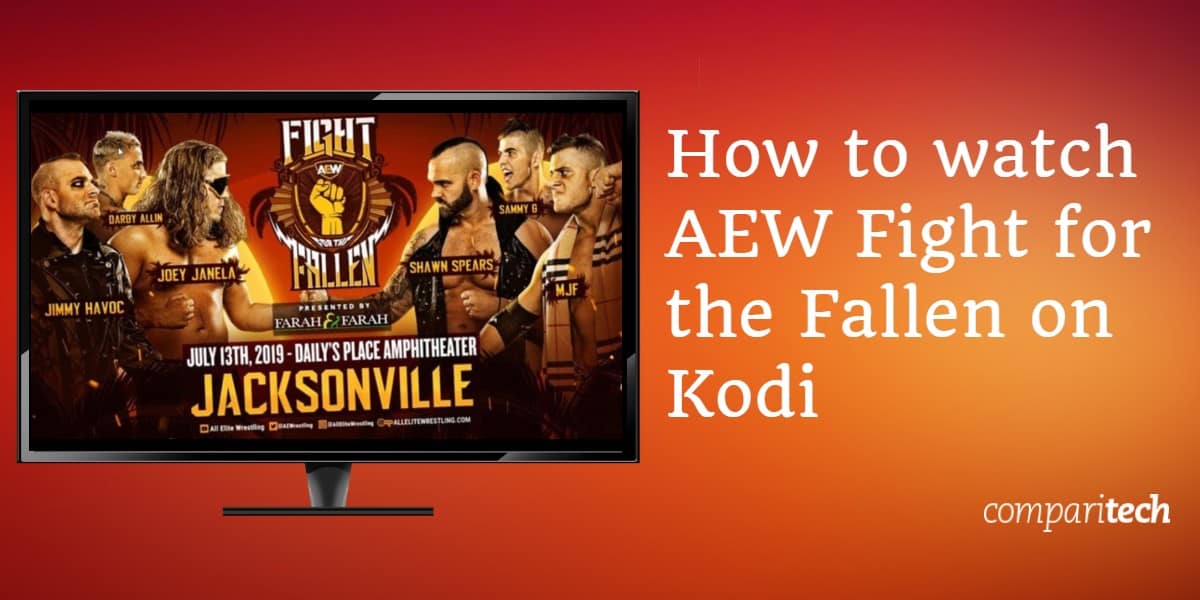 All Elite Wrestling (AEW) will hold its 3rd event on July 13th, 2019 at 8:30 PM EST. It’s dubbed Fight for the Fallen and takes place at Daily’s Place in Jacksonville, Florida. There were several entertaining matches held at AEW’s previous event, Fyter Fest, and the upcoming event is shaping up to be another good one. Watch out for names like Brandi Rhodes, MJF, and Chris Jericho on the cards.

Important note: Our guide only recommends official Kodi addons. AEW is a rapidly growing wrestling promotion which may tempt fans to stream the organization’s events unofficially. Luckily, you can watch Fight for the Fallen completely free in the US and Canada. Moreover, international viewers can also watch the event if they combine the right add-ons and services.

You can watch AEW Fight For the Fallen in the UK, Canada, Australia, or anywhere else outside of the US but you will need a VPN. We’ll explain how and which ones work.

How to watch AEW Fight for the Fallen with a VPN

Fight for the Fallen will be available to all fans in the US through the Bleacher Report Live (BR/Live) streaming service with a Kodi addon. Viewers outside the US will have to connect to a US VPN server to watch the event through Kodi or even on the web.

To get started with your VPN:

We recommend that you test out your VPN connection with the Kodi addon you plan to use to stream Fight for the Fallen. This gives you the chance to discover any possible issues and explore alternatives before the big event.

We’ll explain below how you can use BR/Live to stream AEW Fight for the Fallen for free through Kodi.

How to watch AEW Fight for the Fallen on Kodi

Viewers can watch BR/Live for free through the Indy Darlings Kodi addon. After downloading and installing the addon, you can connect to a US VPN server and will be able to live stream Fight for the Fallen.

Indy Darlings – US and international streaming with VPN connection

Indy Darling highlights independent wrestling series like Lucha Libre AAA, House of Bricks Pro Wrestling, and Insane Championship Wrestling. You will be able to find the Fight for the Fallen live stream under All Elite Wrestling > Live in the Kodi addon.

Please note that while this addon is listed in the official Kodi addon repository, it is currently unavailable from that source.

Fight for the Fallen will be hosted with the intent of benefitting victims of gun violence. The event is hosted in Jacksonville, Florida which was the location of a shooting which took place at a Madden 19 tournament in August 2018.

Big names like Brandi Rhodes, Allie, Cody, and the Young Bucks will face off on July 13th for a noble cause.