AEW Fyter Fest can be streamed on Kodi for free both in the US and from anywhere in the world on June 29th. Here's how you can watch Fyter Fest on Kodi. If you are outside of the US you will need to use a VPN.
William Elcock 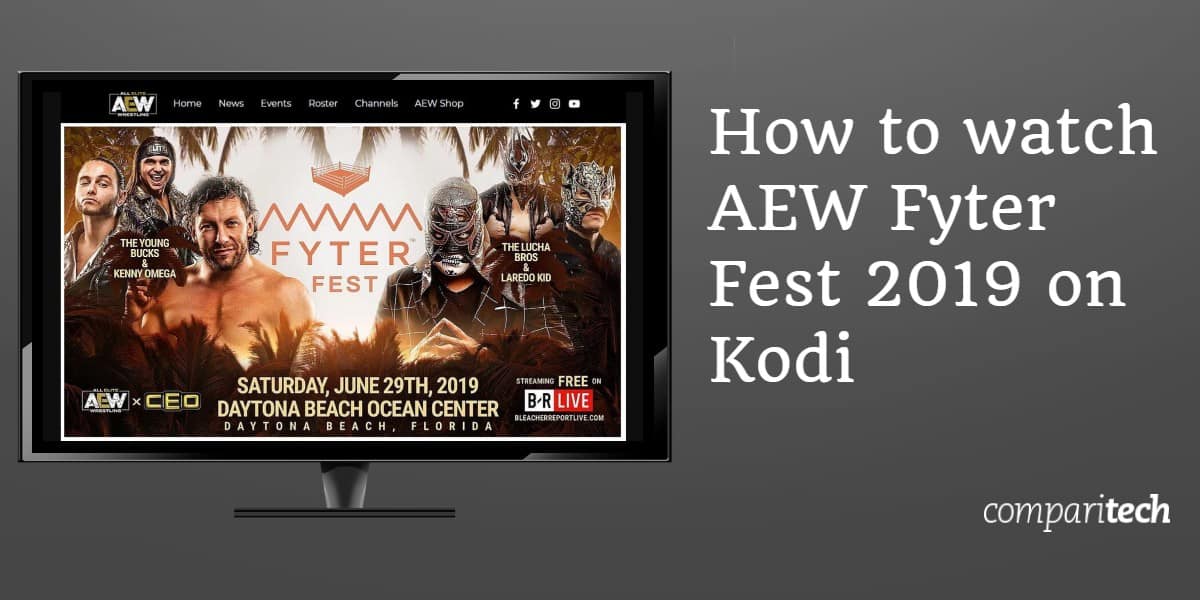 The fledgling wrestling promotion All Elite Wrestling (AEW) has taken the pro wrestling scene by storm. The promotion’s successful Double or Nothing, held on May 25th 2019, proved that it has the wrestling chops to compete with World Wrestling Entertainment (WWE) events. Now, Fyter Fest is on its way on June 29th, and thankfully, you can watch Fyter Fest on Kodi for free.

Important note: Our guide only recommends official Kodi addons. AEW has gained a lot of traction since its first event. Fans may be tempted to rely on unofficial streams to watch Fyter Fest. While on the surface it looks like only US customers can enjoy the event, international viewers can too if they use the right addons and services.

To watch the 2019 NBA Draft on Kodi in the UK, Canada or any other place outside of the US you will need a VPN. We’ll explain how and which ones work.

How to watch AEW Fyter Fest with a VPN

Fyter Fest will be available free through the B/R Live service for US viewers, with a Kodi addon offering a live link to the event. If you are outside of the US, you will need to connect to a VPN to view the event through Kodi or on the web.

We recommend you test out your VPN connection with the Kodi addon on your platform of your choice before the event to make sure everything works before the big night. This gives you some time to explore your options in case you need to find an alternative.

You can watch AEW Fyter Fest for free via BR/Live. We’ll explain below how you can access the BR/Live service through Kodi.

How to watch AEW Fyter Fest on Kodi

BR/Live can be accessed for free through Kodi via the Indy Darlings Kodi addon. This addon won’t require anything but a download and installation on your part. If you’re outside of the US, the live stream of Fyter Fest will require a VPN connection.

Indy Darlings is a Kodi addon which focuses on various independent wrestling series like AEW, CWF Worldwide, and Lucha Libre AAA. AEW Fyter Fest will be available under the addon’s Live section on June 29th, starting with the Buy In.

Instead, you can download Indy Darlings directly from MediaFire here.

What is All Elite Wrestling (AEW)?

The biggest wrestling promotion in the US is, of course, World Wrestling Entertainment (WWE). However, some fans have grown weary of WWE’s aged approach. When AEW held its first event, Double or Nothing, in May there was lots of buzz from fans who seem to be reinvigorated by AEW’s fresh approach.

Moreover, the promotion has sealed a massive broadcast deal with TNT. In the fall, TNT will broadcast a weekly AEW show during primetime. This is a major achievement for the fledgling promotion and it will be exciting to watch how it develops.