Can you watch Joshua vs Parker on Kodi or live online? 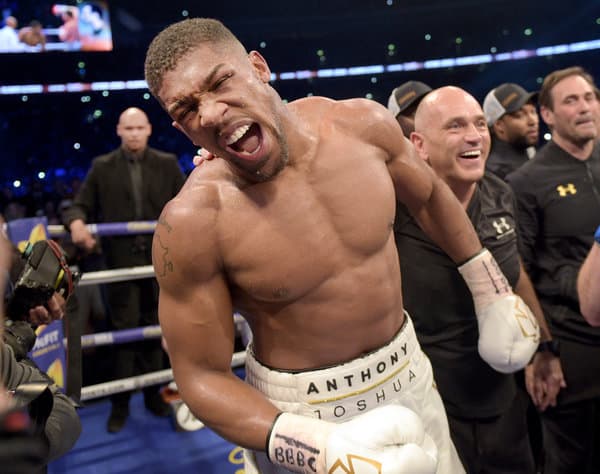 New Zealand’s Joseph Parker will face off the United Kingdom’s Anthony Joshua at Principality Stadium in Cardiff, Wales on Saturday, March 31, 2018. If you’re looking for a way to live stream Joshua vs Parker online, you’ve come to the right place. We’ll also show you if the fight is available through any official Kodi addons.

Where can I live stream Joshua vs Parker?

The boxing match will be broadcast in the US, the UK, and Canada from exclusive broadcasters Showtime, Sky Sports Box Office, and DAZN, respectively. Each rights holder offers a live streaming option for cord cutters to watch Joshua vs Parker online.

Below we’ve listed all the official streaming options we can find along with their prices, free trial offers, and viewership locations.

A specific time has not been set for the fight to start, but Joshua and Parker are expected to enter the ring no later than 10:30 p.m. in the local time zone (UTC+1).

How to unblock Joshua vs Parker from abroad with a VPN

If you’re not in one of the countries in the table above, you will not be able to stream the fight using your normal internet connection. This is because your IP address—a unique sequence of numbers and decimals used to identify your device—is assigned by location. If you attempt to live stream the fight from one of the sites listed above, you will be blocked from viewing.

To unblock Joshua vs Parker from another country, you need to use a VPN.

A VPN encrypts all of a device’s internet traffic and routes it through an intermediary server in a location of your choosing. By connecting to a VPN in the US, for example, you will be assigned an American IP address and can access any of the Showtime live streams.

Not all VPNs will be able to unblock the stream, either because they are too slow, are too unreliable, or have been blacklisted by the streaming service. Our top recommendation is IPVanish. IPVanish offers the speed and security necessary to live stream, as well as a broad range of servers in every country where the fight is being broadcast. It also works great with Kodi.

EXCLUSIVE DEAL: Save up to 60% on your IPVanish subscription. It comes with a 7-day money-back guarantee.

Note that the streaming services we list might require a local form of payment to subscribe, so make sure you can sign up with them first. A VPN can’t change where your credit card was issued from.

A VPN comes with a slew of other great benefits including improved privacy, security, and the ability to evade censorship and unblock geo-locked content. VPNs are 100 percent legal in almost all countries.

Can I watch Joshua vs Parker on Kodi?

Kodi users have a few legal options to live stream Joshua vs Parker. None of them are free, however, so you’ll have to sign up and pay for the appropriate streaming service. We always encourage Kodi users to use VPNs to protect themselves from security risks that come with using third-party addons. As mentioned before, a VPN can also help you unblock a streaming service if you’re out of country.

The PlayOn Browser for Kodi costs $30 per year and offers a 7-day free trial. With that you can access over 50 channels inside Kodi including Showtime. Note that the PlayOn subscription is not a substitute for a Showtime subscription. You’ll need both subscriptions if you want to live stream the fight from Showtime on Kodi. The Showtime stream will still be subject to geographic restrictions, so if you’re outside the US you’ll need a VPN to get an American IP address.

Reminder: Don’t use Kodi without a VPN. We recommend IPVanish; it keeps your online activity private, protects you from man-in-the-middle attacks, and is fast enough for HD streaming.

Save 60% on IPVanish here: our recommended VPN for Kodi

The DAZN addon for Kodi was not created by DAZN, but it does connect you to the official DAZN streaming service. Once you’ve signed up for the service, you can use this addon to live stream Joshua vs Parker from Canada, Germany, Austria, or Switzerland.

The DAZN addon is available from the Kodinerds repository. Learn how to install and use DAZN for Kodi here.

A quick Google search for live boxing addons on Kodi will turn up no shortage of sites instructing you to download unofficial addons from third party repositories. Many, if not most, of these addons use pirated IPTV streams and are not sanctioned. In many countries, they may well be considered illegal.

In some cases, pirated streams rely on BitTorrent or Acestreams. These technologies utilize peer-to-peer networks to spread the load normally put on the streaming server to viewers’ devices.

Not only are pirated streams not legal in most places, they can also be dangerous. Third-party addons can carry malware, be used to hijack your device and make it part of a botnet, and carry out man-in-the-middle attacks that steal your passwords and other info. For these reasons, we do not recommend streaming from pirated addons on Kodi.

Some of those addons include:

If it seems to good to be true, then it probably is. Joshua vs Parker is not being officially live streamed anywhere for free.

Using a VPN with your router

If you want to stream Joshua vs Parker on a device that doesn’t support VPNs, you can set up the VPN on a wifi router instead. This can be useful for game consoles, Roku, Apple TV, smart TVs, and other media streaming devices. By connecting a router to a VPN, then devices to the router, all the devices have their traffic routed through the VPN.

You have two options here: configure the VPN on your physical router through the firmware or set up a virtual router using a laptop. Once set up, you can safely unblock geo-locked streams and protect your connection from would-be intruders and snoopers.

VPN on a wifi router

Not all wifi routers support VPNs, and the wide range of firmware that comes packaged with routers varies so much that it’s impossible to provide a set of instructions that will work for everybody. Suffice to say you’ll need to log into your router’s web dashboard and sift through the settings until you find a VPN option. Once there, seek out config details from your VPN provider’s website or support staff.

If there is no VPN option, you might be able to replace the firmware on your router with one that does support VPNs. DD-WRT and Tomato are two good options. Look up your router model on Google to see if yours is compatible. Note that flashing firmware requires a certain degree of tech savvy, as doing so improperly can permanently “brick” your router, making it unusable.

Set up a virtual router

The second option is to set up a virtual router. Not only can most laptops connect to a wifi network, most can broadcast their own. Set up correctly, you can create a wifi hotspot to which any connected device will have its traffic routed through the VPN. You can find instructions on how to set this up on our site for both Windows and Mac virtual routers.

Joshua and Parker will compete for the IBF, WBA Super, WBO, and IBO heavyweight titles. Burnett and Parejo will fight for the WBA Super bantamweight belt.

“Joshua in bester Plauderlaune” by Karl-Ludwig Poggemann licensed under CC BY 2.0