How to Conduct a Network Stability Test

Whether they are major or minor, network connection failures can be daily occurrences, and it can happen to the best of them. We'll show you how to use Ping and professional tools to conduct a network stability test.
Liku Zelleke Network configuration, optimization, and security expert 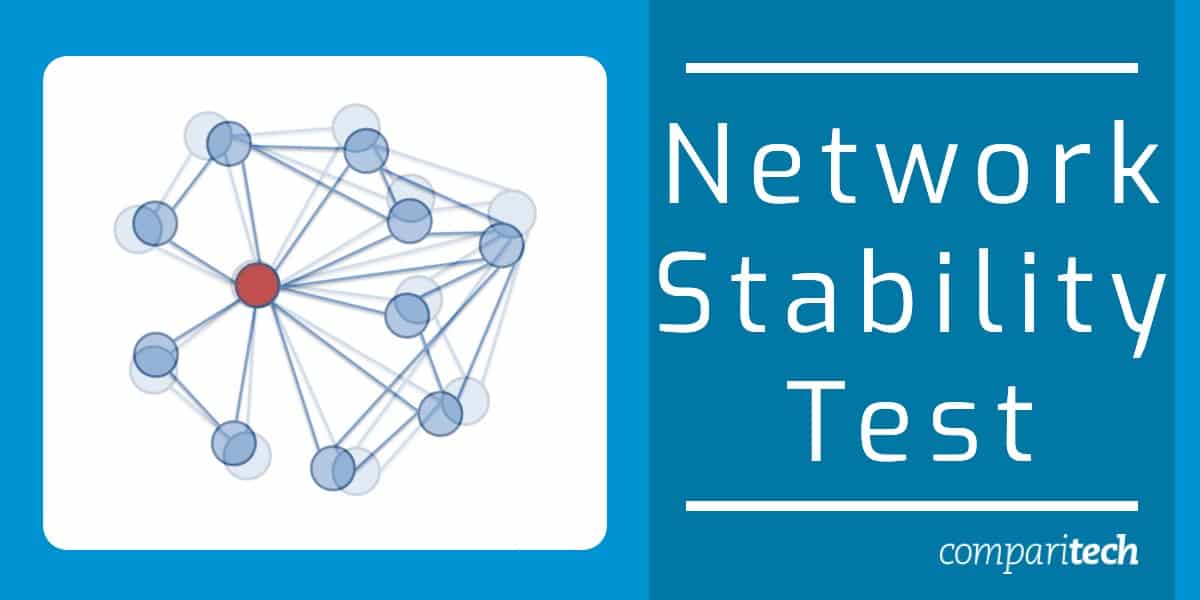 For smart administrators to troubleshoot, and then resolve, network failure issues quickly, they need to assess the stability of the network and find out where the disruption has occurred. And yet, an even smarter administrator would conduct a network stability test before a failure to evaluate the connection strength and spot any errors or weak spots before they cause a crash.

The definition of a network stability test can, therefore, be given as:

The process of using programs and commands to make sure every router and other devices being used to connect an intranet to the Internet – be they behind or beyond the territorial firewall – is up and running. It also involves making sure all the authorized data on the network is safe – both in motion and in resting states.

How can you test network stability?

Several steps need to be taken when testing a network’s stability. They include:

Network connectivity should never be lost; period. Apart from being up, it should also be fast and not prone to dropping packets. This can be done using three methods:

Only the right type of data should be transported on a network and not, for example, spam data from an attacker on the outside. In another scenario, servers shouldn’t be backed up during peak processing hours when they could hog the bandwidth.

Administrators should, therefore, keep track of what data packet is passing through their networks. They can use numerous deep packet inspection and network analysis tools found on the market which can be used to keep an eye on traffic and filter it as required.

Maintaining packet speeds across the connection

There shouldn’t be any attrition or loss of data speeds. Packets shouldn’t be dropped because the network is too congested, an access point is not up or performing as well as it should be, or because the specific packets have been blocked by mistake.

Administrators should have a plan as to how much bandwidth is allocated to every aspect of your data transportation – give more to VoIP and less to email traffic, for example, so audio communication doesn’t lag.

Here too, administrators can take certain defensive steps and corrective measures to remedy this particular issue.

Network administrators also need to make sure there are no breaches or unauthorized usage of the network, connected devices, and the data on it.

The ideal toolset to use here would be Network Intrusion Detection Systems (NIDS).

Tools for Network Security and Stability

Finally, administrators know that their networks will only be stable as long as people who aren’t supposed to be on them are kept away. If outsiders keep meddling with data, configurations, and authorizations they will soon be able to hijack the network. They can then use it as a springboard for further attacks, hack the devices connected on it, or simply crash it.

Ok, now that that is clear let us get into the technical part of PING and TRACERT.

What does PING do? 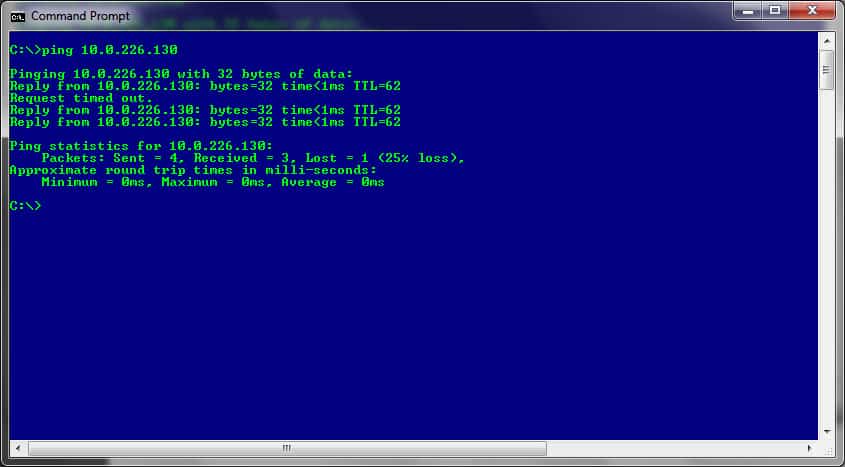 PING is a tool that sends packets to a target server and listens for a reply. A successful reply of all (100%) the packets delivered means the target is up and running and there are no connectivity issues. On the other hand, any dropped packets indicate that there is a network problem somewhere along the way, as is the case in the image below:

If the PING results in 100% loss, it could mean any (or all) of the connecting devices between the host machine and the target server are down.

What does TRACERT do?

TRACERT is a tool that sends packets to every single router that lies between the host machine and the target server.

In this case, though, the packets sent out will hop to every single router that is en-route to the target server and send a reply back to the host machine. Apart from confirming connectivity, each reply also includes the information of the next router in line so the subsequent packets have an address to target in the queue. 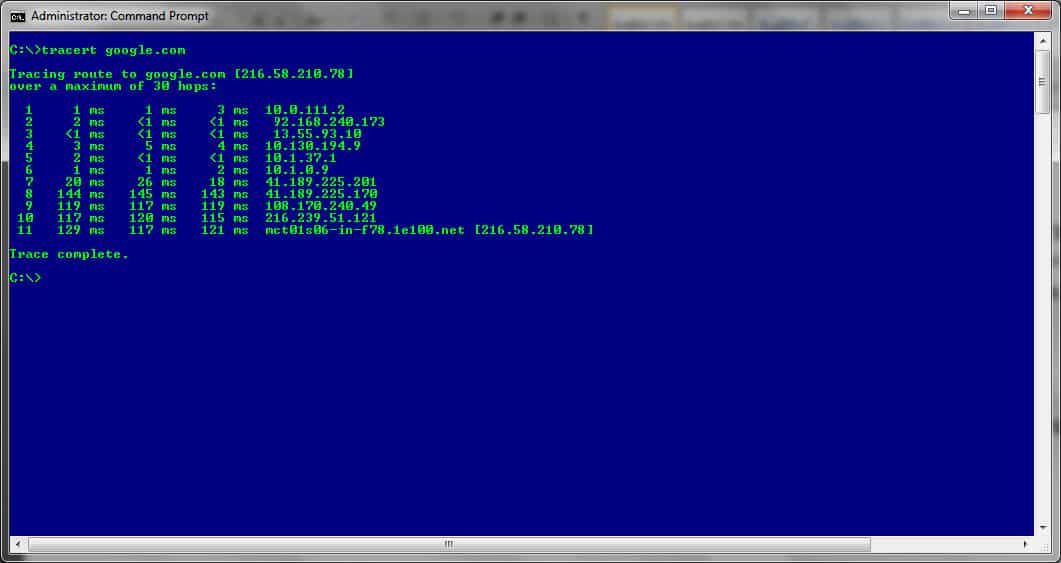 How to use PING to test for network connectivity

PING is a versatile tool that can be run from the command-line interfaces (CLI) of operating systems like Windows, Linux, and macOS.

The steps involved [in Windows OS] are: 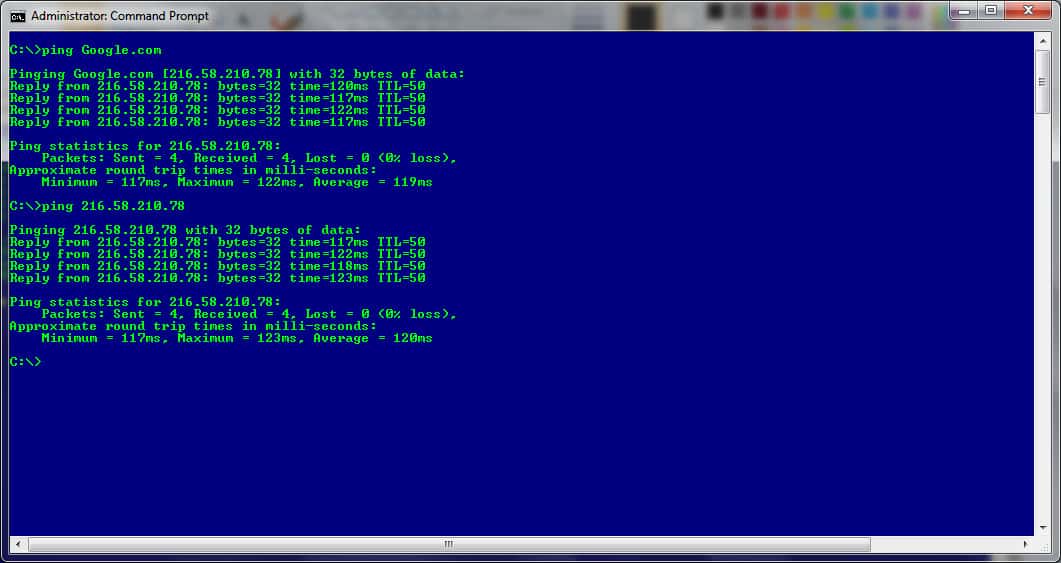 Additional functionalities can be added to the command by adding arguments to the basic syntax such as by using:

For a full list of all the arguments that can be used, simply type PING /? at the prompt. 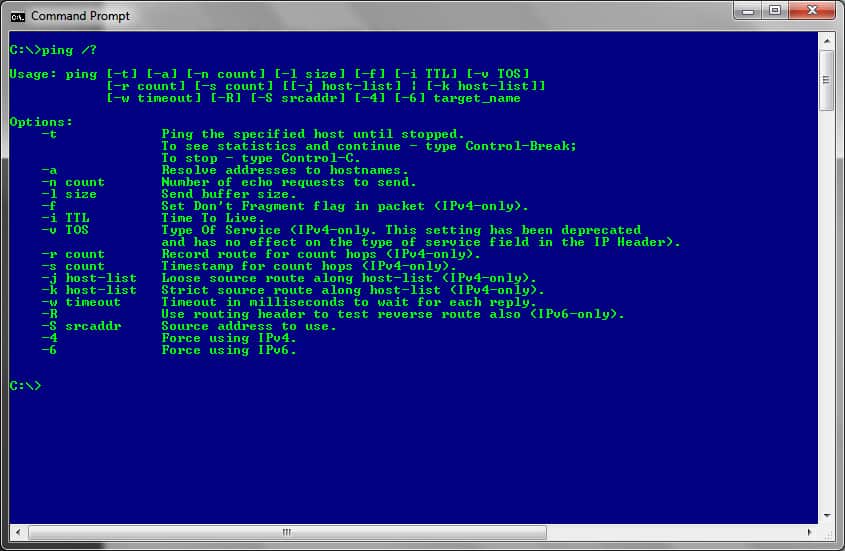 Error messages that show a reply from an unreachable device include Request Timed Out, Destination host unreachable, and Transmit failed (with an error code) – each of which tells a story about why there is an issue.

How to use TRACERT to check for network or internet connectivity

TRACERT is another command-line tool that helps with resolving network connectivity issues. As mentioned, and in comparison to PING, this tool doesn’t just test the connection speed between two points. It also checks all the routers that are found along the route as the packets that are sent hopping to and from each of them.

Any interruption in the connection becomes evident when the packet ceases to return with a reply from the device. This indicates that the silent device is the one to check out.

Once executed from the CLI, the command sends a UDP packet to all the routers that lie between the origin and target address and then waits for a reply – again, if there is one, that is.

The basic syntax of the TRACERT command looks like: 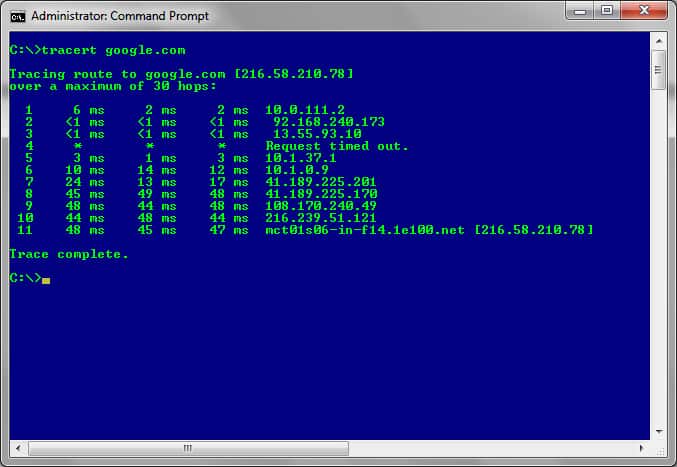 Additional functionalities can be added to the command by adding arguments to the basic syntax by using the likes of:

For a full list of all the arguments that can be used simply type TRACERT /? at the prompt. 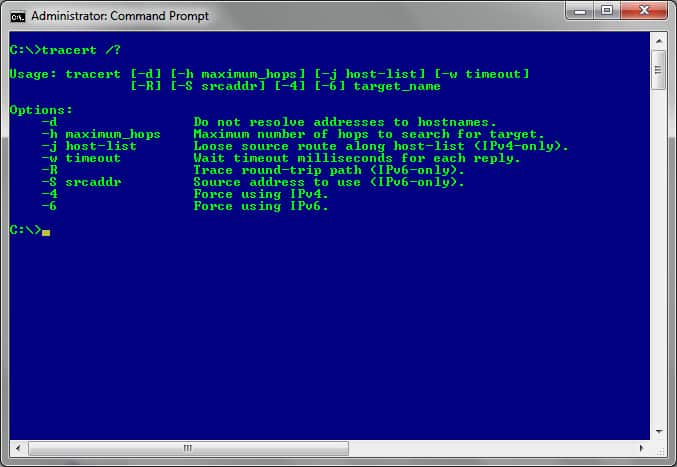 Depending on your choice of tools and the frequency required, you can schedule or run them to see the status of your network’s stability at any given time.

Are there any tools you prefer to use or think would do the job better? Let us know in the comments section below.

How do you test network quality?

Network quality is assessed by latency, packet loss, and jitter. All of these indicators can be identified through Ping. The roundtrip time given in the Ping summary is the time to the destination and back. Latency is the speed of delivery in one direction. So, divide the roundtrip time by two to get latency. The jitter is the variance in delivery time. The Ping results show the minimum, maximum, and average RTT. The wider the min and max are, the higher the jitter. The first line of the Ping statistics report shows the number of lost packets in th4e test batch run.

How do I trace network latency?

Why is my jitter so high?

The biggest cause of jitter on a network is excessive traffic. Traffic-shaping measures, such as prioritized queuing on network devices can improve performance for some applications while making jitter worse for others. For example, latency and jitter are very important for VoIP. So, many network administrators prioritize that traffic. However, VoIP traffic occurs in bursts, so the traffic of other applications will go fast, slow, fast, slow, creating a wide variation in transfer times as some of its packets get temporarily parked to make way for bursts of VoIP traffic.

How to find out round-trip time?

The roundtrip time (RTT) is a standard statistic given by both Ping and Pathping.