On July 14, Novak Djokovic and Roger Federer will face off in the Wimbledon men’s singles final. We’ll explain how to watch Djokovic vs. Federer live online for free, as well as how to live stream the Wimbledon men’s final abroad.
Ian Garland Streaming, Kodi and VPN Expert 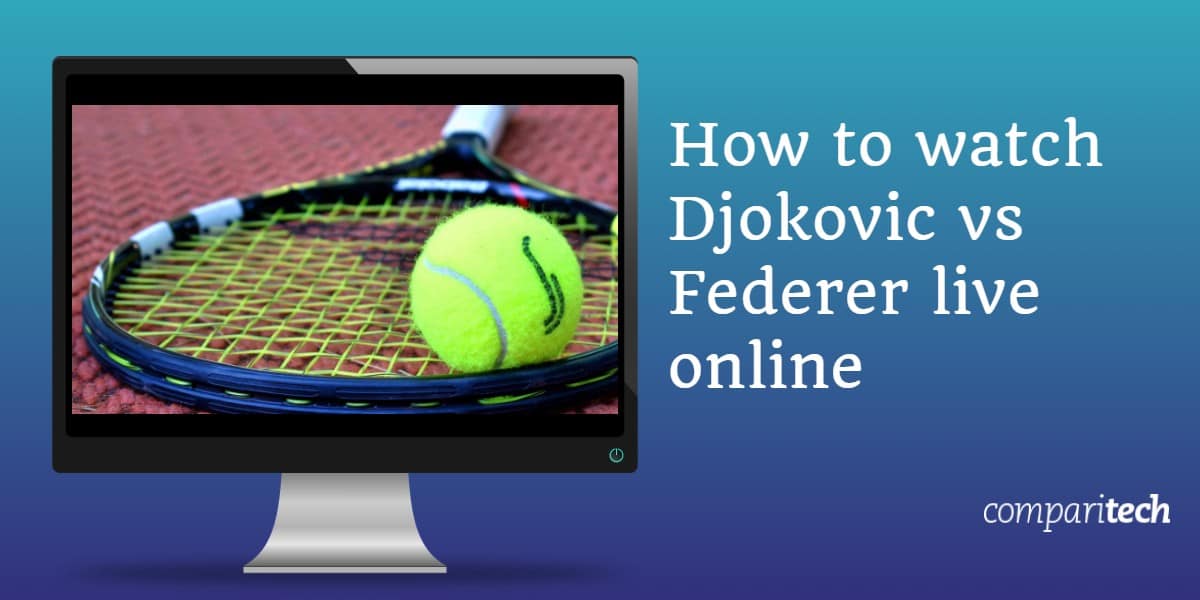 Wimbledon 2019 has had its share of memorable matches but there’s still one left: Djokovic vs. Federer. A victory here will make top-ranked Djokovic a five-time Wimbledon champion, but as the world’s current number three, Federer won’t go down without a fight. Want to stream Djokovic vs. Federer live online? No problem: below, we’ll let you know which networks are showing the 2019 Wimbledon final in your country, and how you can watch Djokovic vs. Federer without cable.

We’ll only be recommending official sources for the Wimbledon men’s final. Due to the popularity of this tournament, it’s likely unlicensed streams will be available. However, these are usually laggy and low-resolution, making them unsuitable for watching live events. Further, third-party streams can be taken offline for copyright violation at any moment meaning you might not get to see who wins. You can stream Djokovic vs. Federer online for free anyway, so there’s no need to resort to unreliable, unauthorized sources.

To live stream Djokovic vs. Federer for free, you’ll need a Virtual Private Network (VPN) unless you’re in the UK, the USA, or Australia.

How to live stream Djokovic vs. Federer abroad with a VPN

With a VPN, you can spoof your location and access region-locked streaming services from anywhere. Follow the steps below to unblock and watch Djokovic vs. Federer abroad:

The Federer vs. Djokovic match will be broadcast live, so we recommend making sure your VPN works well in advance. This way, you won’t be caught off-guard by unexpected technical difficulties, and will have enough time to contact your VPN’s customer support team for help.

It’s easy to watch the Djokovic vs. Federer game if you’re in Australia; just visit the 7plus website and you can start streaming immediately. This service is completely free to use, and doesn’t even require users to create an account beforehand. That said, 7plus is geo-restricted and only allows you to watch if you’re in Australia or if you have an Australian IP address.

If you’d like to watch 7plus abroad, you can just connect to a VPN and get an Australian IP address. Still haven’t decided which VPN to use? Why not take advantage of ExpressVPN’s 30-day money-back guarantee? This allows you to live stream Djokovic vs. Federer risk-free, plus if you’re unsatisfied or only needed a VPN to watch this one game, you can cancel to claim a full refund.

How to stream Federer vs. Djokovic for free on UK TV

The BBC is the only network showing Wimbledon 2019 in the UK, and as a result, you can live stream Djokovic vs. Federer live online, for free, the BBC iPlayer. You will have to create an account first, but this is simple and just requires you to verify your email address. Note: although you’ll be asked for a British postal code, this isn’t used to determine your location and any valid postal code will be accepted.

You’re required to have a TV license if you use BBC iPlayer or if you watch anything online at the same time it’s shown on TV. BBC iPlayer occasionally tells the user this, but the popup is inconsistently shown, and effectively pointless since the BBC doesn’t actually check whether you have a license or not.

BBC iPlayer has strict geo-blocking capabilities and blocks some VPNs outright. However, if you’re struggling to unblock this platform, you can still watch Djokovic vs. Federer live on TVPlayer, a free platform with less powerful region-locking. To use either service abroad, you’ll need a VPN.

If you’re in Switzerland and looking to cheer on Federer, it’s very easy to do so. The Wimbledon men’s singles final will air live on several SRG networks. RSI will provide Italian commentary, SRF will be in German, and RTS will offer Switzerland’s only free-to-watch French-language coverage. You don’t have to create an account before using any of these services, so they’re the best option for most people.

beIN Sports will be broadcasting this match with French commentary. However, unless you’re already a subscriber, we don’t recommend using this service as it costs €15 per month, there’s no trial period, and you can watch Federer vs. Djokovic for free elsewhere.

All of the streaming services above are region-locked. This means you’ll have to either be in Switzerland or connected to a Swiss VPN to access them.

Where else can I watch Djokovic vs. Federer live online?

The men’s singles final at Wimbledon regularly draws millions of viewers from around the world, so it’s no surprise that various international networks want in on the action. Take a look below to find out how to stream Djokovic vs. Federer online in your country:

ESPN has had exclusive rights to show Wimbledon in the US since 2011, which makes it very simple to watch Djokovic vs. Federer online free in America. If your cable TV package includes ESPN, you can simply login to the network’s website and stream Wimbledon live at no added cost. Don’t have cable? Don’t panic: there are plenty of other ways to watch.

Currently, DirecTV Now, PlayStation Vue, YouTube TV, Sling TV, and Hulu with Live TV all let you stream ESPN live online. Best of all, these services come with a free trial, meaning you can simply live stream Djokovic vs. Federer online then cancel your account to avoid being charged.

The streaming platforms above are only available in the US, and most require you to use a payment method that’s linked to an American address. Existing customers can still log in and watch Wimbledon from abroad by connecting to a US VPN server, however.

The match between Djokovic and Federer will be broadcast at 9 AM EST on TSN and RDS. TSN’s coverage will be in English while RDS will offer French-language commentary. Already receive these channels as part of your cable TV package? If so, you can just log in to the appropriate website and watch the 2019 Wimbledon final online for free.

Luckily, both of these platforms offer an online-only pass, meaning you can still watch the Wimbledon final without cable. Neither platform offers any kind of trial period but at the very least, you don’t have to pay for a full month’s membership; daily passes cost $4.99 CAD each.

TSN and RDS are both geo-restricted, and only available in Canada. As such, you’ll need a VPN to use them from abroad. 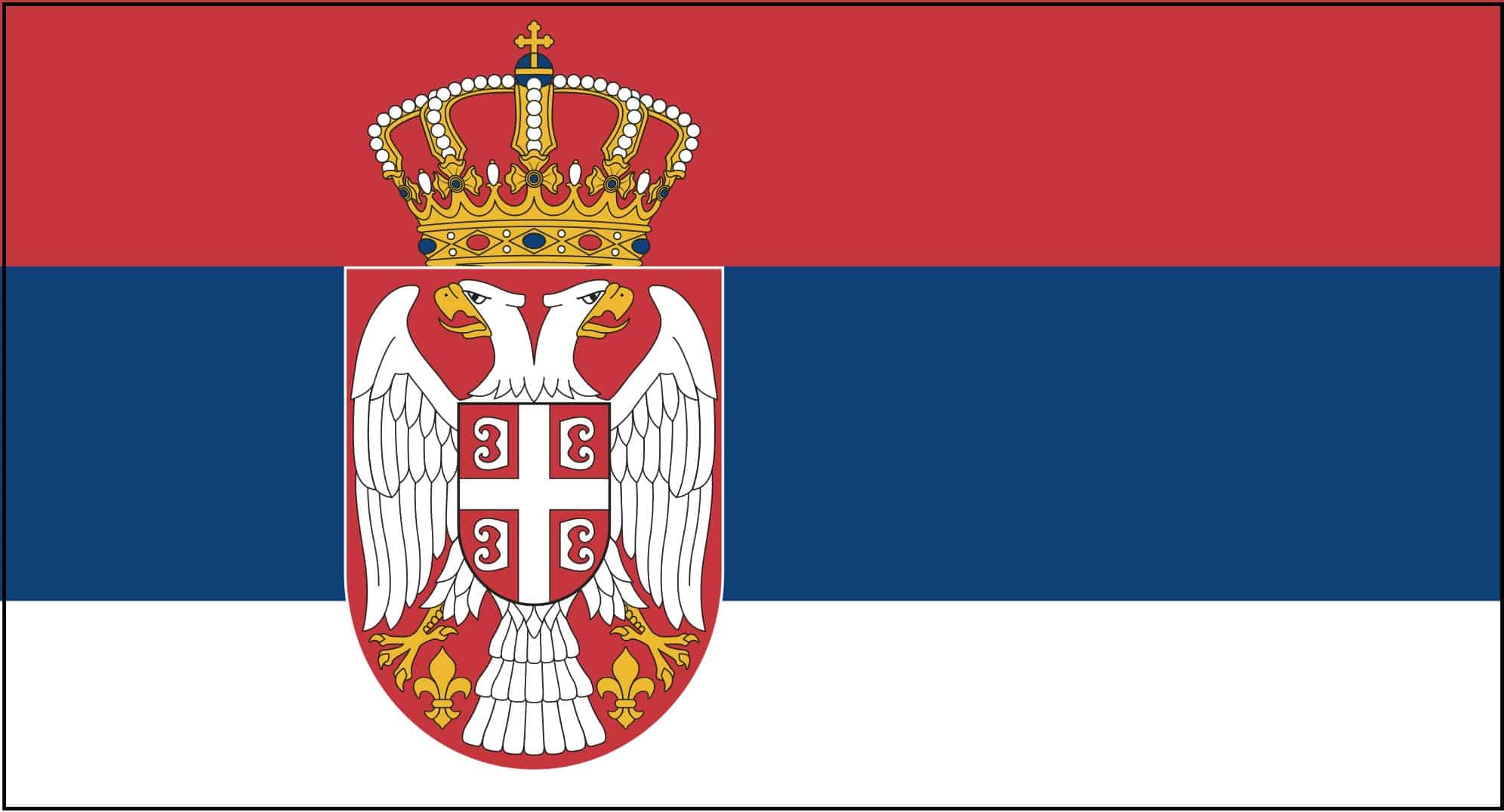 Serbia has two Wimbledon broadcasters: Eurosport and RTS. However, you can’t watch RTS content online, so if you’re living in Djokovic’s home country, the only way to live stream the Wimbledon 2019 final is on Eurosport. A monthly subscription costs €4.99 (roughly 588 RSD), which isn’t too bad, although there’s no free trial period.

While you can technically sign up for Eurosport in most European countries, the Wimbledon final will only be shown in specific regions. If you’re outside of Serbia, you’ll likely need a VPN to stream Djokovic vs. Federer on this platform.

There’s no need to worry if we didn’t mention your country above. Wimbledon is one of the biggest tennis tournaments in the world, and as such, the final between Djokovic and Federer will be shown in dozens of countries globally. Just check Wimbledon’s list of international broadcasters to find out which networks are airing the final in your country.

Unfortunately, though, not every country has legitimate sources for this event. Additionally, you might only be able to watch in some countries (like Spain) if you’re with a specific cable TV provider. In these cases, you can simply watch Djokovic vs. Federer live on a free streaming service from elsewhere in the world (such as BBC iPlayer or 7plus). Remember to connect to a VPN server in the appropriate country first, though.

Which player is most likely to win: Djokovic or Federer?

If history is anything to go by, Djokovic might have the upper hand here: the pair have played each another 47 times, but Djokovic has won on 25 occasions. Further, he’s beaten Federer twice in the Wimbledon finals during recent years. On the other hand, Federer is deadly on grass courts and loves to force his opponents to tire themselves out responding to his powerful serves.

Realistically, this match could go either way, although the odds are slightly in Djokovic’s favor. One thing is clear, though: these two players have won Wimbledon twelve times between them and neither will back down, so the 2019 Wimbledon final is one fans can’t afford to miss.