How to watch the Australian Open 2022 online for free 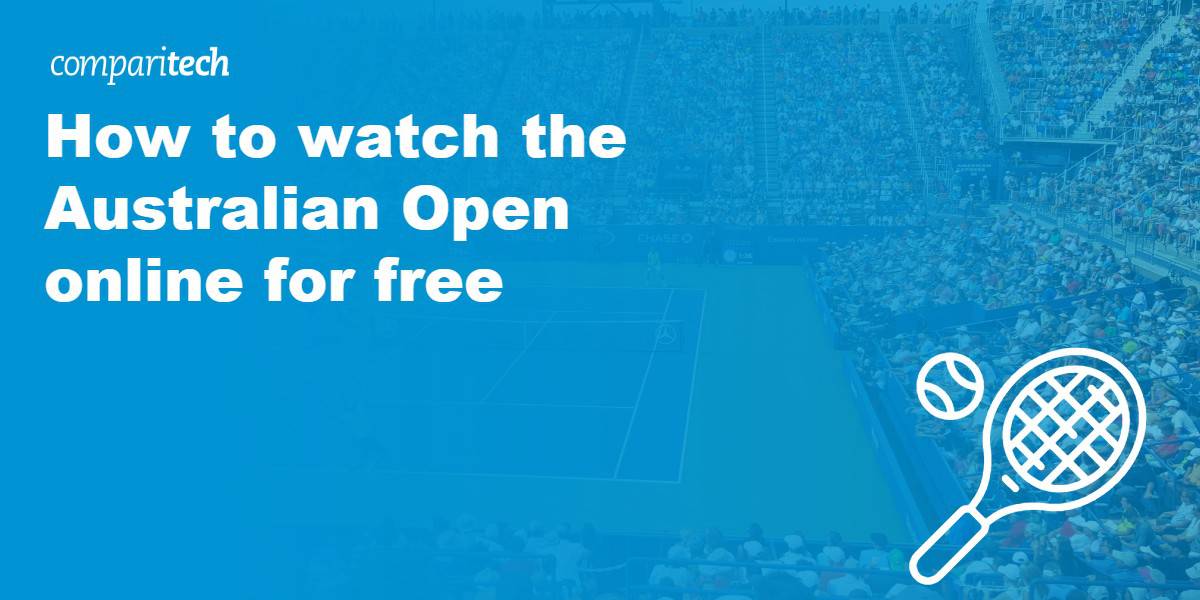 The 2022 Australian Open qualifying stages started on January 10, but the official tournament (and accompanying coverage) is scheduled to take place for two weeks from January 17 until Sunday, January 30.

For most tennis fans, traveling to Australia and getting tickets to the live event is simply not feasible, especially in the midst of a pandemic that has resulted in spectator limits and increased travel restrictions. Thankfully, you can enjoy Australian Open coverage from anywhere in the world by connecting to a Virtual Private Network (VPN). Note that due to differing time zones, tournament coverage will start on Sunday, January 16 for viewers in North America.

In this post, we’ll only recommend official broadcasters. While unlicensed streams likely exist, these are typically unreliable. Plus, with free options available for viewing the Australian Open from anywhere, there’s simply no need to opt for unlicensed streams.

Most platforms covering the Australian Open geo-restrict their content. As such, you’ll need to connect to a VPN to access your usual home streaming services from abroad.

How to live stream the Australian Open free from anywhere

Short for Virtual Private Network, a VPN encrypts your internet traffic and routes it through a secondary server in a location of your choice. It replaces your IP address with one from that server, tricking streaming websites into allowing you access to geo-restricted content that would otherwise be blocked.

Even if you’ve never used a VPN before, getting started is super simple. Just follow the steps below and you’ll be able to view the Australian Open from anywhere in the world.

If possible, it’s a good idea to do a trial run before the match you want to watch starts, just in case you run into issues and need to troubleshoot with your VPN customer support team. After all, once you have access, you won’t want to miss a minute of the action.

In Australia, Channel Nine (or The Nine Network) has secured the rights to provide full coverage of the 2022 tournament. Online streams will be available through the channel’s online platform, 9Now. This site is accessible from anywhere, but you can only view live streams if you have an Australian IP address.

Thankfully, if you’re traveling outside Australia during the tournament, all you need to do to access a live stream is connect to one of your VPN’s Australian servers. You need to have an account in order to watch anything, but signing up is free. You’ll be asked to enter an Australian postal code during the signup process, but this isn’t verified.

Don’t have a VPN yet? We recommend NordVPN for live streaming the Australian Open. It’s fast, reliable, and is known for its ability to unblock restricted content. Plus, it comes with a 30-day money-back guarantee, so you can use it to watch the whole tournament and get your money back at the end.

Where else can I watch the Australian Open 2022 online?

Coverage of the 2022 Australian Open will be available from various official broadcasters across the globe. Here, we’ll explain how to access these live streams from abroad.

ESPN has rights to US coverage of the tournament and will be airing it on ESPN, ESPN2. Live streams can be accessed on ESPN+ and the ESPN mobile app. To view these streams, you’ll need to sign in with credentials from a US cable TV provider (assuming ESPN is included in your cable package) or purchase an individual ESPN subscription (which costs $5.99 per month or $59.99 per year). There’s currently no free trial period.

If you don’t have access to ESPN directly, it’s also available via several over-the-top services, including YouTube TV, Sling TV and fuboTV. Some of these services offer free trials, which means you may be able to watch part of the tournament for free.

If you’re already subscribed to these services but happen to be outside of the US, you can connect to a US VPN server and log in normally.

In Canada, TSN has the rights to broadcast all Grand Slam tennis tournaments, including the Australian Open. TV coverage is spread across TSN1, TSN2, and TSN5, and matches can be viewed online through TSN Direct. For those looking to view on mobile, the TSN Go mobile app is available for Android and iOS. For access to TSN Direct or the mobile app, you’ll need to sign in with Canadian cable provider credentials. Alternatively, you can sign up for a standalone TSN Direct subscription which costs $19.99 (CAD) per month or $99.95 (CAD) for six months. A day pass is also available for $7.99 (CAD).

French-language network RDS will also be broadcasting the tournament, with French commentary. Streams can be accessed online via RDS Direct and on mobile devices through the RDS Go mobile app. Similar to TSN, day and month passes for the standalone service are available (for the same prices as above).

If you’re traveling outside of Canada while the Australian Open is on, you can connect to a Canadian VPN server to access your streams as normal.

Eurosport has UK broadcasting rights for the Australian Open and will air coverage on Eurosport 1 and Eurosport 2. Live coverage starts at midnight GMT on Monday, January 17.

Finally, you can also get access to Eurosport on Discovery Plus for £6 per month.

To watch from outside the UK, you can connect to a UK VPN server and log in as normal.

How does the Australian Open tournament work?

The Australian Open is the first of four Grand Slam tennis tournaments of the year and takes place in Melbourne, Australia. It’s a hugely popular event, with almost 800,000 spectators attending the 2019 tournament and more than 810,000 making it to the 2020 event (even though it was held during the Australian bushfires which were expected to lower attendance).

Last year, however, the tournament experienced a sharp drop in attendance, with capacity lowered to 25 percent due to the COVID-19 pandemic. A 50% reduction in attendance is being implemented this year, which should make the tournament feel a bit more like its old self.

The men’s and women’s singles tournaments follow a similar pattern. There are four rounds followed by quarter-final, semi-final, and final matches. Every stage is a knockout stage, so when a player loses a match, they are out of the tournament. The initial draw is conducted such that the top-seeded players won’t face off against each other until the latest stages. For example, assuming they don’t lose any matches, the top two seeds will meet in the final.

Who is expected to do well in the Australian Open?

At the time of writing, the top 10 ranked men and women players are as follows:

Last year’s winner of the men’s singles tournament was Novak Djokovic who claimed his record ninth Australian Open title last year. Indeed, the betting odds weigh in favor of Djokovic retaining his title in 2022 – if he is allowed to participate.

At the time of writing, this is still in the air because Djokovic appears to have had his Visa revoked for failing to be vaccinated. Djokovic had originally thought he would be allowed a Visa to travel and participate because he contracted and recovered from COVID last December.

The tournament favorite is now appealing the decision, which, if upheld, would see him deported and banned from the country for 3 years. Daniil Medvedev 13/8, Alexander Zverev 4/1, and Rafael Nadal 9/1 follow as second, third, and fourth favorites, respectively.

In the women’s singles,  Ashley Barty is currently ranked number 1 in the world and is the favorite with the bookies to beat Osaka, despite Osaka’s win last year.