It’s almost time for Tyson Fury and Deontay Wilder to step into the ring together for the third and final time. You’ll find all of the details below, including how to watch Fury vs Wilder 3 live online.
Ian Garland Streaming, Kodi and VPN Expert 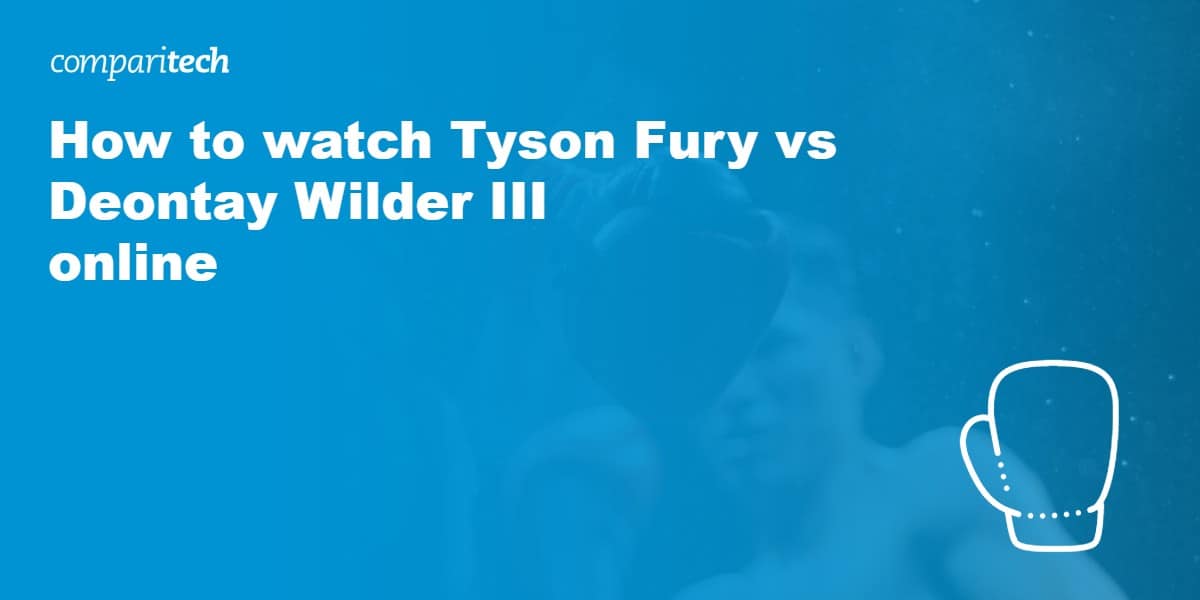 On October 9, the T-Mobile Arena in Las Vegas will serve as the stage for a legendary clash between two of the world’s top heavyweight boxers: Tyson Fury and Deontay Wilder. The undercard bouts are expected to start at around 7 PM EST (3 PM PST) but the main event won’t be until 9 PM or so. Will Fury cement his dominance with a second win or will Wilder force an overall draw from the three-fight trilogy? The only way to find out is to live stream Fury vs Wilder 3 for yourself, and we’re about to explain how.

Before we begin, we should stress that we don’t condone the use of unlicensed streams. These are unethical and frequently taken offline partway through, making them a poor alternative to official streams. With many ways to watch this event legitimately, there’s really no reason to resort to shady third-party broadcasts.

Fury vs Wilder 3 will only be shown on geo-blocked streaming services. This means that if you’re traveling abroad, you’ll need a Virtual Private Network (VPN) to watch on the same service you’d use back home.

How to live stream Fury vs Wilder 3 online from abroad

VPNs are privacy tools that hide your online activities and location from snoopers like your ISP. However, they also let you regain access to your usual platforms while traveling.

Here’s how to watch Fury vs Wilder online from anywhere:

Fury vs Wilder 3 will be shown live. For this reason, we strongly recommend testing your VPN with your chosen streaming platform beforehand. Do not purchase the PPV if you can’t get regular videos to play. If you’re having problems, contact your VPN’s support team for one-on-one support. The providers mentioned above all offer 24/7 assistance over live chat.

NordVPN offers a fully-featured risk-free 30-day trial if you sign up at this page. You can use the VPN rated #1 for streaming sports with no restrictions for a full month. This is perfect for anyone hoping to watch the Fury vs Wilder fight on their travels abroad.

How to watch Fury vs Wilder online on US TV

Fury vs Wilder 3 will be broadcast live on both ESPN+ and FOX Sports. However, it’s a pay-per-view event, so a regular subscription won’t be enough. Instead, you’ll have to pay $79.99 USD, or $86.98 for a fight pass plus a month of ESPN+ access (note that this renews automatically).

If you’d like to watch the undercard fights, you can tune into ESPN2, ESPN+, or FS1. Looking to stream this event in Spanish? In that case, you can just watch on ESPN Deportes or FOX Deportes. The preliminary rounds will be exclusively shown on the FOX Sports and ESPN apps from 4:30 PM EST.

ESPN and FOX Sports show different content depending on where you are in the world. If you’re traveling outside of the US, you can just use a VPN to regain access to Fury vs Wilder 3. NordVPN comes with a 30-day money-back guarantee, giving you the chance to try it risk-free.

Where else can I watch Fury vs Wilder 3 online?

Given the history between these fighters, it should be no surprise that there are people all over the world itching to see who comes out on top. Take a look below to find out which networks are showing the Fury vs Wilder fight in your country.

In the UK, Fury vs Wilder 3 will air live on BT Sport Box Office. Note that due to the time difference, the broadcast will begin at midnight on October 10. A fight pass costs £24.95 and luckily for those hoping to watch without cable, you don’t need to be a BT Sport customer to watch online.

Traveling outside of the UK at the moment? A British VPN server will allow you to unblock and stream BT Sport as normal, wherever you are in the world.

Australian boxing fans can live stream Fury vs Wilder 3 on Main Event and Kayo. Whichever platform you choose, it’ll cost you $59.95 AUD, and you won’t need a subscription to either service in order to watch online. The preliminary fights will begin at 12 PM AEDT on October 10, with replays of the whole event available a few hours after it ends.

The services above are only usually accessible in Australia. However, if you’re on vacation abroad, you should be able to use them once connected to an Australian VPN server.

Who is the favorite to win: Fury or Wilder?

At the moment, Wilder is the favorite, although not by much. It’s also worth mentioning that he was the favorite before the second fight too, when he lost by TKO. Fury is generally accepted as being the more skilled of the pair, but Wilder’s stopping power is second to none, and a single mistake could lead to a sudden end to the match. He has, after all, won 42 of his 44 fights. Notably, only two opponents have ever gone the distance, and one of them was Tyson Fury.