How to Watch NBA Without Cable from Anywhere in 2022

The 2021-2022 NBA season starts October 19! Looking to stream NBA games online without cable? Read on to find out how to watch NBA livestreams without cable, wherever you are in the world.
Ian Garland Streaming, Kodi and VPN Expert 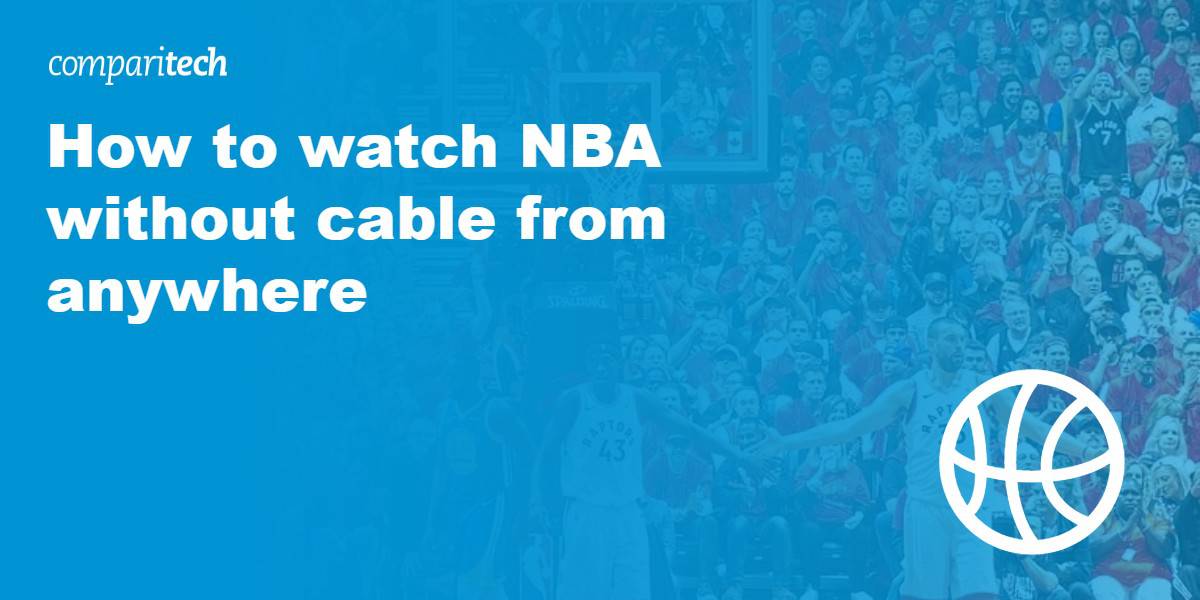 Basketball fans can rest easy: watching the NBA online without cable is very simple, whether you’re in the USA, Canada, the UK, Australia, or anywhere else in the world. In fact, over 50 countries have official NBA broadcasters. Below, we’ll explain which networks are showing NBA fixtures in your country, as well as how you can watch the NBA abroad with the help of a Virtual Private Network (VPN).

Note that we’ll only be recommending official sources. The NBA is incredibly popular and as such, unlicensed streams are almost inevitable. However, we strongly advise against using these. They often only have laggy, low-resolution video and can be taken offline for copyright violation at any moment. This means you might not even see who wins a given game. Most countries have at least one official NBA broadcaster anyway, so there’s no need to resort to shady, unauthorized streams.

Many of the services showing NBA games are geo-restricted. As such, you’ll need a VPN to access your usual home services while traveling abroad.

The vast majority of services showing NBA games are region-locked and can’t be accessed from outside of specific countries. This means that if you go on vacation, you won’t be able to stream the NBA on your usual services.

There is a workaround, however: by connecting to a Virtual Private Network (VPN), you can trick streaming platforms into believing you’re in another country, letting you watch the NBA from anywhere. We recommend NordVPN: it’s a fast, reliable service with exceptional speeds, powerful security and privacy features, and the ability to unblock platforms like ESPN, Sky Go, and TSN abroad.

Getting started is simple: just choose between a subscription term and pay. NordVPN even includes a 30-day money-back guarantee, enabling you to watch NBA games risk-free. If you’re unsatisfied, you can cancel during this period to receive a full refund.

How to watch the NBA abroad with a VPN

Never used a VPN before? Not sure how to get started? Follow the steps below to unblock and stream the NBA from anywhere.

Here’s how to watch NBA games online from anywhere:

NBA fixtures are broadcast live, which is why it’s so important to check that your VPN works in advance. By performing the steps above ahead of time, you ensure there’ll be enough time to get help from your VPN’s customer service team in the event of any problems. This also reduces your chances of missing the start of the game.

How to stream the NBA live without cable in the US

In the US, NBA coverage is split between four ESPN channels, TNT, and NBA TV. ESPN and NBA TV both allow you to watch for free if your cable TV package includes these channels. But what if you don’t have cable? The good news is that you can still stream every single NBA game live online.

Both ESPN and NBA TV allow you to watch at no additional cost if you have a AT&T TV Now, Sling TV, or YouTube TV account. We’d recommend signing up for a Sling TV account if you don’t already have one, as it’s the least expensive of the services above. The Orange plan costs $35 USD per month (currently just $10 for the first month) and includes TNT, ESPN1, ESPN2, and ESPN3. ESPNU can be added as part of the Sports Extra pack for an extra $10 per month, but you can skip this if you’re not interested in University basketball.

The services above are all geo-restricted and can only be accessed in the USA. Additionally, they require you to have a payment method linked to an American address, so it’s difficult for foreign users to register. Americans in other countries can still sign up and use these platforms by connecting to a VPN, however.

Where else can I watch the NBA online?

Want to watch NBA coverage from outside the US? No problem: take a look below to find out which networks are showing NBA games in your country.

Canadian basketball fans have it rough. NBA games are shown on four different services: Sportsnet, TSN, RDS (French-language), and NBA TV Canada. However, NBA TV Canada has no online live stream at all. Additionally, the other services come with a hefty price tag ($34.99 CAD per month for Sportsnet, $24.99 per month for RDS and TSN).

So what’s the best course of action? Generally, Sportsnet tends to show considerably more games than TSN, so it may actually be the better choice despite the higher price.

These streaming platforms are only available in Canada. That said, you can access them from other countries by connecting to a Canadian VPN server.

In the UK, NBA fixtures are exclusively shown on Sky Sports Arena. Existing Sky Sports subscribers can sign into the Sky Go app and watch at no added cost, but otherwise, you’ll have to buy a Sky Sports pass on Now TV.

Daily and weekly passes are available, but unless you’re only interested a few select games, your best bet is the monthly pass, which costs £33.99. You don’t actually need a Now TV account to purchase a Sky Sports pass, though, so at least there are no hidden charges to worry about. Alternatively, you could sign up for NBA League Pass: this costs £24.99 per month and allows you to stream every game.

Sky Go and Now TV are geo-restricted. This means you’ll have to either be in the UK or connected to a British VPN server to use them.

It’s easy to watch NBA live in Australia as every game is shown on the same channel: ESPN. If you already get ESPN as part of your Optus or Foxtel TV package, you can just sign into the Fetch or Foxtel Go app and start watching immediately. Additionally, SBS will be showing two games each week, completely free of charge.

Want to watch the NBA in Australia without cable? Foxtel Now promises at least four live games per week, and over 200 every season. However, the base subscription costs $25 AUD per month, and the sports package costs an additional $29 per month. As such, this is a fairly expensive way to watch.

Fetch and Foxtel Now are only available in Australia. Further, Foxtel asks for an Australian phone number during registration, making it difficult to sign up unless you usually live in Australia. You can use these services as normal from abroad by using a VPN.

beIN Sports and NBA TV both broadcast NBA games in France. However, while you can watch every NBA fixture without cable, doing so isn’t cheap. To stream NBA TV live online, you’ll have to purchase a League Pass which costs €30 per month. If you’d like to be able to watch every NBA game, you’ll also have to pay a further €15 per month for beIN Sports.

Both of the services above are geo-restricted, meaning you’ll need a VPN to access them abroad.

There’s no need to worry if we haven’t mentioned your country above. The NBA is extremely popular and accordingly, has official broadcasters all over the world. Better still, the NBA even provides a list of official international broadcasters, meaning it’s easy to find out exactly where and when you can stream NBA games in your country.