How to watch US Open Golf live online

Would you like to stream the 2019 US Open live online? We’ll explain how to watch the full US Open golf tournament, and how a Virtual Private Network (VPN) can help.
Ian Garland Streaming, Kodi and VPN Expert 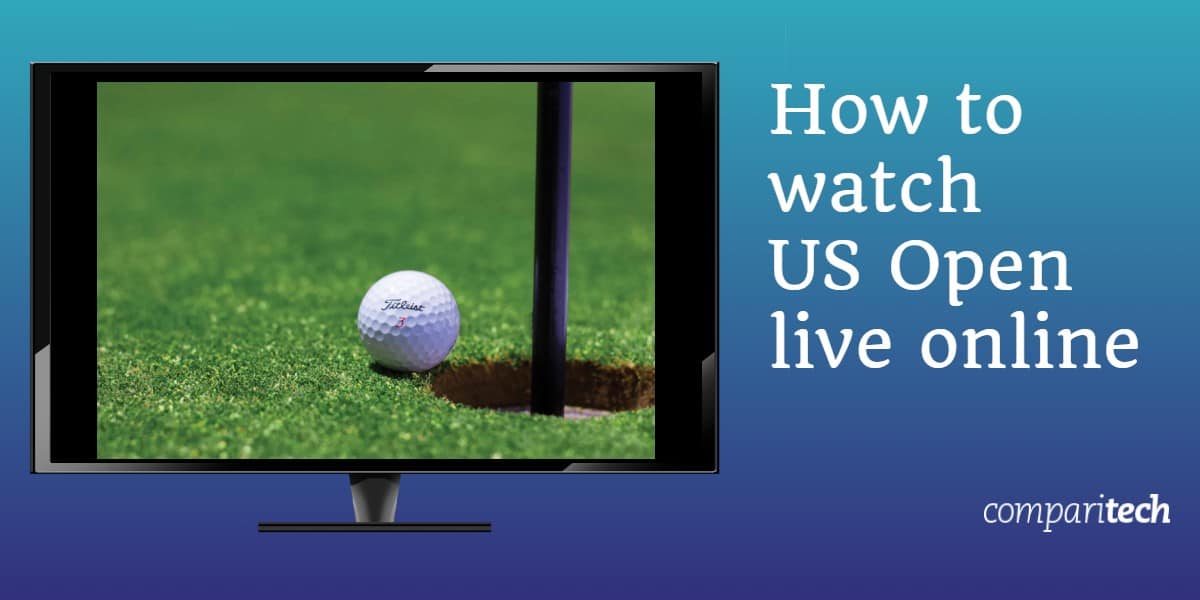 The US Open is among golf’s most high-profile events, and as a result, it’s being broadcast on several major networks. As most broadcasters have an online live streaming platform, this makes it very easy to tune in no matter where you are. With the sources below, you can watch the US Open online from the US, the UK, France, Germany, Canada, Australia, or anywhere else in the world.

Note that we’ll only be recommending official sources for the 2019 US Open. It’s almost certain that unlicensed streams will pop up, but remember that these are often low-quality and can be taken down at any moment. Since the 2019 US Open will be available from multiple licensed sources, there’s nothing to gain by using unreliable, subpar third-party streams.

Best VPN for the 2019 US Open: ExpressVPN

Broadcasters usually only have the rights to show content in a specific region. As such, they often use region-locking to block users who don’t have an IP address from the required country. However, by connecting to one of your VPN’s servers in the appropriate location, you can bypass this blocking and access a platform’s content. For instance, a British server might unblock BBC iPlayer, whereas a US server could unblock FOX Sports or ESPN.

We recommend ExpressVPN for watching the 2019 US Open. It has high-speed servers all over the world, all of which are fast enough to stream HD content without any lag or buffering. This service doesn’t keep logs of your activities and prevents third-party snooping with a strong selection of security features. ExpressVPN allows you up to three simultaneous connections, so you can protect all of your most commonly used devices with a single account.

You can register with ExpressVPN in a matter of minutes. Just decide which subscription length you’d like — one month, six months, or a year — and complete the payment process. If you decide this service isn’t for you, you can take advantage of a 30-day money-back guarantee and receive a full refund.

BEST VPN FOR THE US OPEN:ExpressVPN is our #1 Choice. With a vast server network that is optimized for high-speed connections, it’s perfect for watching the US Open. User-friendly apps for all operating systems. Hard to beat on privacy and security. There is a 30-day money-back guarantee so you can try it risk-free.

How to watch the US Open with a VPN

Where can I watch the US Open online?

In contrast to an event like the World Cup, the US Open is only being shown on a handful of different platforms. Below, we’ll list the licensed broadcasters for the 2019 US Open.

FOX Sports has the exclusive rights to show the US Open in the US until 2026. You can watch live streams at no extra cost if FOX Sports is included in your cable package or streaming subscription (fuboTV, Hulu, Sling TV, DirecTV, PlayStation Vue, or YouTube TV). While the list of supported cable providers is extensive, they’re all US-based, and typically inaccessible from other countries. If you have a subscription with one of these providers, you should be able to log in from another country by connecting through a US VPN server.

You can also watch on mobile using the FOX Sports GO app. This provides access to live and on-demand sports coverage, not just for golf, but also a wide selection of other sports including baseball, football, and soccer. While you can sign up for the app from outside the US, you’ll still need to enter your US TV provider credentials to watch live content. Australian Foxtel subscribers can watch the same coverage via the Foxtel mobile app.

You might be tempted to download an APK file and sideload it, but we’d advise against this. The FOX Sports GO APK isn’t available for direct download on the FOX website, and there’s no guarantee as to the legitimacy of third-party hosts.

Sky Sports have the right to show the entire tournament in the UK. They’ll be airing coverage on the Sky Sports Golf channel. This can also be viewed on the Sky Sports website, or via the Sky Go app. You can add every sports channel to an existing Sky TV subscription for £20 a month, but there’s also an £18 subscription that lets you watch the US Open and doesn’t lock you into a long-term contract.

If you already have a Sky Sports or NOW TV account, watching content is as simple as connecting to a British VPN server. However, both services require a payment method that’s registered in the UK, making them all but impossible to sign up for from elsewhere. As such, unless you have a friend willing to share their login details with you, there’s no fool-proof way to access Sky Sports or NOW TV from abroad.

Canadian viewers can watch the entire 2019 US Open live on TSN. While there will be some TV coverage on TSN channels, certain events, such as the featured groups, are exclusive to users of the TSN mobile app, which is sometimes called TSN GO. This app can be downloaded from any location, but the sign in process prevents non-Canadian users from accessing any content.

TSN only accepts credit or debit card payments, and the card has to be registered to an address within Canada. The only other option is to sign into the TSN app with your Canadian cable provider details (Bell, Bell Aliant, Bell MTS, Cogeco, Eastlink, or NorthernTel FibreOP). This combination means that it’s all but impossible to register for TSN from outside Canada, although if you’re Canadian and out of the country, the service should still work. All you have to do is connect to a Canadian VPN server.

SuperSport is showing the 2019 US Open across Sub-Saharan African countries like Algeria, Kenya, and South Africa, but it won’t be broadcast live. Instead, the tournament will be shown a few hours after it begins airing in other countries, with the first round starting at 8PM SAST on June 13. While some content can be watched without registering, there are no details as to whether the US Open will be for subscribers only.

SuperSport requires users to log in via DStv but you can’t register for DStv online. This effectively prevents you from signing up from abroad. Instead, the login page simply asks for your ID number, or if you don’t have an account, a phone number, so that DStv can send you a single-use PIN.

If you’re a DStv registrant and outside of South Africa, then you can access it through a South African VPN server.

How does the US Open work?

For the most part, the US Open follows standard golfing rules. The only real difference is in how tie-breakers work. Until now, in the event of a tie, golfers played 18 holes, after which, the player with the lowest stroke count would win. However, in an attempt to keep the sport exciting and fast-paced, the rules changed slightly last year.

Now, tied players will compete across two holes. If one person has the lowest score overall, they win. If two or more players tie after these two holes, they’ll go into sudden death. This means that they’ll play one additional hole at a time until a single victor remains.

Where and when will the 2019 US Open take place?

The 2019 US Open golf tournament will take place from June 13-16, at the Pebble Beach Golf Links in California. This location is known for its coastal views and, of course, an abundance of inlets and sand traps. Also, its 14th hole is infamous for its difficulty; despite being a par five, some of the world’s best golfers regularly end it with a triple bogey or worse. In fact, Tiger Woods once claimed it was the most difficult third shot in all of golf.

Do I need a VPN if I’m already subscribed to FOX or Sky Sports?

While VPNs can be used to bypass geo-restrictions, their primary use is to protect your data from being read without your permission. We’re not just talking about hackers, either; your own Internet Service Provider (ISP) can see everything you do. Since the FCC’s broadband privacy protections were repealed in 2017, ISPs are legally able to sell details of your activities to third parties. Further, ISPs have been known to throttle their customers’ network speeds to discourage streaming, but a VPN makes it harder for them to justify this.