How to watch Bachelor in Paradise season 7 online 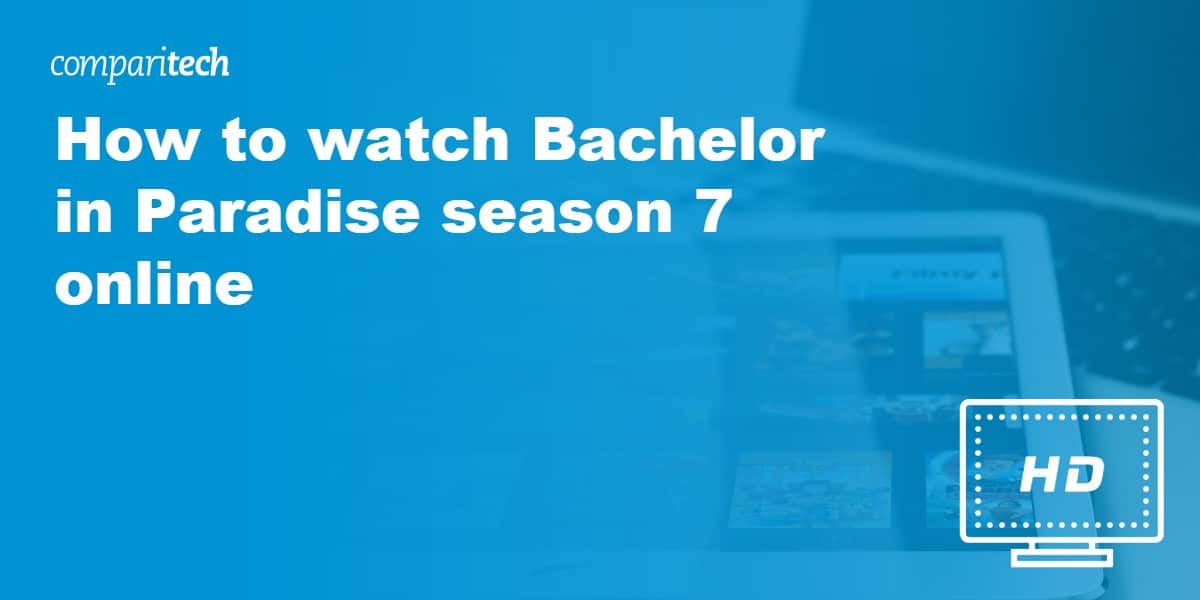 The good news is that you don’t have long to wait! Bachelor in Paradise season 7 is set to premiere on Monday, August 16, at 8 PM EST (5 PM PST). Season 7 of the spin-off of The Bachelor and The Bachelorette introduces us to 24 new contestants. Meanwhile, original host Chris Harrison has departed, with rotating guest hosts taking his place. Unfortunately, Bachelor in Paradise isn’t available everywhere. As such, you’ll need a Virtual Private Network (VPN) to watch it abroad (outside the US). That’s exactly what we cover in this post!

It’s not uncommon for there to be unlicensed streams of popular TV shows such as Bachelor in Paradise. The trouble with these is their low quality (not just resolution-wise; excessive lag and buffering are common too). You may even find that an unauthorized stream is taken offline for violating copyright. We’re only recommending official sources for watching Bachelor in Paradise season 7. By sticking with those listed in this post, you can save yourself the hassle.

Bachelor in Paradise season 7 will only be available to stream on region-locked platforms. Don’t worry though! If you’re traveling abroad, you can still watch via your usual home streaming service by using a VPN.

How to watch Bachelor in Paradise season 7 online abroad

First time using a VPN? It’s actually very easy! A VPN is a service that encrypts your internet traffic and routes it through a server in your preferred location. This makes it appear as if you’re located elsewhere, unblocking geo-restricted content in the process.

Here’s how to watch Bachelor in Paradise season 7 from anywhere:

NordVPN is offering a fully-featured risk-free 30 day trial if you sign up at this page. You can use the VPN rated #1 for ABC with no restrictions for a month. This is ideal if you need some time to decide if it’s right for you.

How to watch Bachelor in Paradise season 7 on US TV

Bachelor in Paradise season 7 will premiere on ABC. In order to be able to live stream ABC, you’ll need a cable TV subscription. This requires going to the ABC website or app and signing in via your TV provider (you’ll need to provide an email address or username and password). However, if you don’t mind waiting, it’s worth noting that you can watch full episodes one week after they premiere without signing in.

Thankfully, it’s also possible to stream ABC without cable. That’s because the network is available via the following TV streaming services: FuboTV, Hulu with Live TV, and YouTube TV. All of these services cost $64.99 USD per month and include free trials for new customers.

Regardless of whether you watch ABC directly or via a TV streaming service, you’ll need a VPN to stream the content from abroad. To do this, connect to a server in the US. This provides you with a US IP address for unblocking content including Bachelor in Paradise season 7. Don’t yet have a VPN? Why not make use of NordVPN’s 30-day money-back guarantee which lets you try it out risk-free.

Where else can I watch Bachelor in Paradise season 7 online?

Bachelor in Paradise season 7 will also be coming to Canadian TV! You’ll find it on Citytv where it will also premiere on Monday, August 16, at 8 PM EST. Unlike ABC in the US, you won’t need a cable TV subscription in order to live stream content. However, you will need to sign in via your TV provider to watch on-demand. Due to the fact that Citytv is only available in Canada, you’ll need a VPN and Canadian IP address to watch it while traveling abroad.

What should I know about Bachelor in Paradise season 7?

Now entering its seventh season, Bachelor in Paradise is a reality series in which rejected contestants from The Bachelor and The Bachelorette travel to “paradise” and explore new relationships. Like the previous season, it’s filmed in Sayulita, Mexico. One of the big changes is the fact that Chris Harrison is no longer host. Instead, there’ll be a rotation of guest judges including Lil Jon, Tituss Burgess, and Lance Bass. Wells Adams will be returning as the bartender and will see a larger role in the upcoming season.

Who are the Bachelor in Paradise season 7 contestants?