How to watch the Cruella Movie online from anywhere

Trying to watch Cruella online? We explain how you can stream Cruella from anywhere in the world by using a VPN.
Mark Gill TECH JOURNALIST, VPN AND PRIVACY SPECIALIST 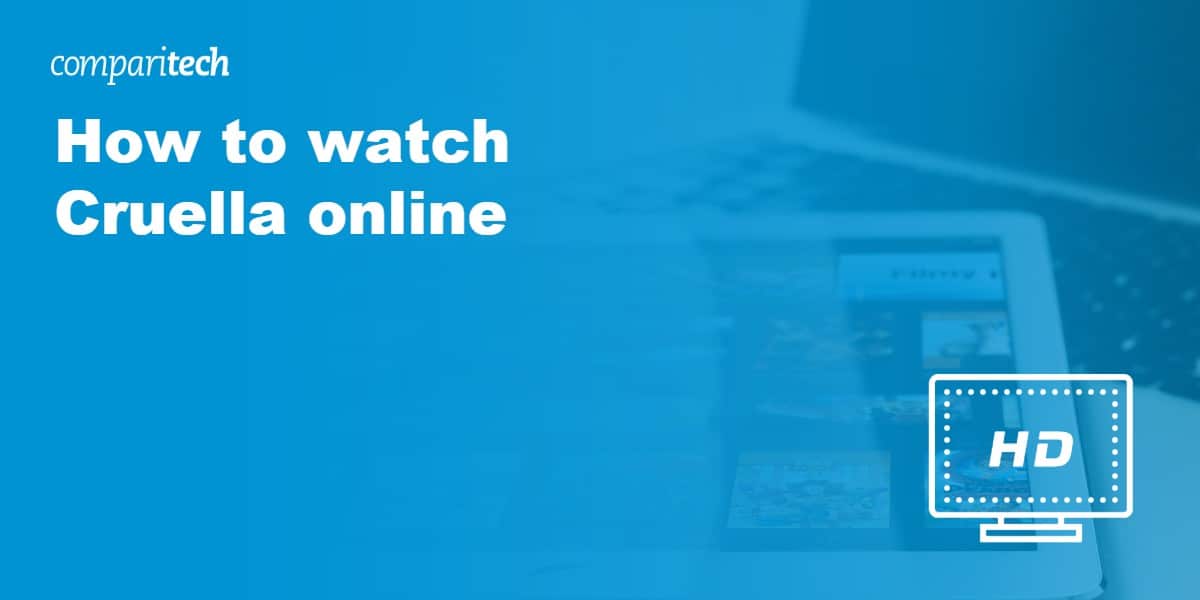 Cruella is scheduled to release in theatres and be available to stream online from Friday, May 28. Based on the character Cruella de Vil, Cruella is the third film in the 101 Dalmatians franchise and sees Emma Stone taking on the role of the iconic Disney villain. Unfortunately, it won’t be available to stream from everywhere. Indeed, if you’re traveling abroad, you may find that you need to connect to a Virtual Private Network (VPN) to watch Cruella online.

Please note that we’re only recommending official sources for watching Cruella. Highly anticipated movie releases such as this usually attract plenty of low-quality, unlicensed streams. However, by sticking with the official sources listed, you don’t need to worry about the stream being taken offline for copyright infringement. What’s more, you can be sure that you’re watching Cruella online in the highest possible quality for maximum enjoyment.

Cruella will only be available to stream on one region-locked platform. Traveling abroad? You’ll need a VPN if you want to continue to access this streaming service as usual.

How to watch the Cruella movie online with a VPN

Using a VPN to watch Cruella online from abroad is easier than you might think. Connecting to a server in another country allows you to change your IP address and spoof your location. You can then unblock and stream geo-restricted content (such as Cruella) from anywhere.

Here’s how to watch Cruella online from anywhere:

NordVPN is offering a fully-featured risk-free 30 day trial if you sign up at this page. You can use the VPN rated #1 for Disney+ with no restrictions for a month - great if you’re traveling abroad in a country that doesn’t have Disney+.

How to watch Cruella online from anywhere

You’ll only be able to watch Cruella on Disney+. In order to watch online, you’ll need a Disney+ subscription. This costs $7.99 (USD) per month or $79.99 annually. However, to start with, Cruella is only going to be available via Disney+ Premier Access. As such, you’ll not only need a subscription to Disney+, you’ll also need to pay $29.99 to get early access. You can then watch the movie as many times as you want for that single, one-time fee.

Movies that come to Premier Access are likely to stay there for the initial release window (usually about a month). In the coming months, Cruella will become available to all subscribers on Disney+ at no extra cost. As such, it really comes down to how long you’re willing to wait to see the movie.

Disney+ is available in a growing number of countries including the US, UK, Canada, and Australia. However, if you’re traveling to a country in which it’s not yet available, you’ll find its content to be geo-blocked. To get around this, you’ll need to connect to a VPN server in another country to change your IP address. NordVPN unblocks Disney+ and even comes with a 30-day money-back guarantee so you can try it out for yourself, risk-free.

What do we know about Cruella?

Cruella is the third live-action film in the 101 Dalmatians Franchise, following 101 Dalmatians (1996) and 102 Dalmatians (2000). Set in 1970s London during the punk rock movement, the story follows the rebellious days of a young Estella de Vil (Emma Stone), an aspiring fashion designer, exploring her journey to becoming the notorious criminal, Cruella de Vil.

Who is in the cast of Cruella?