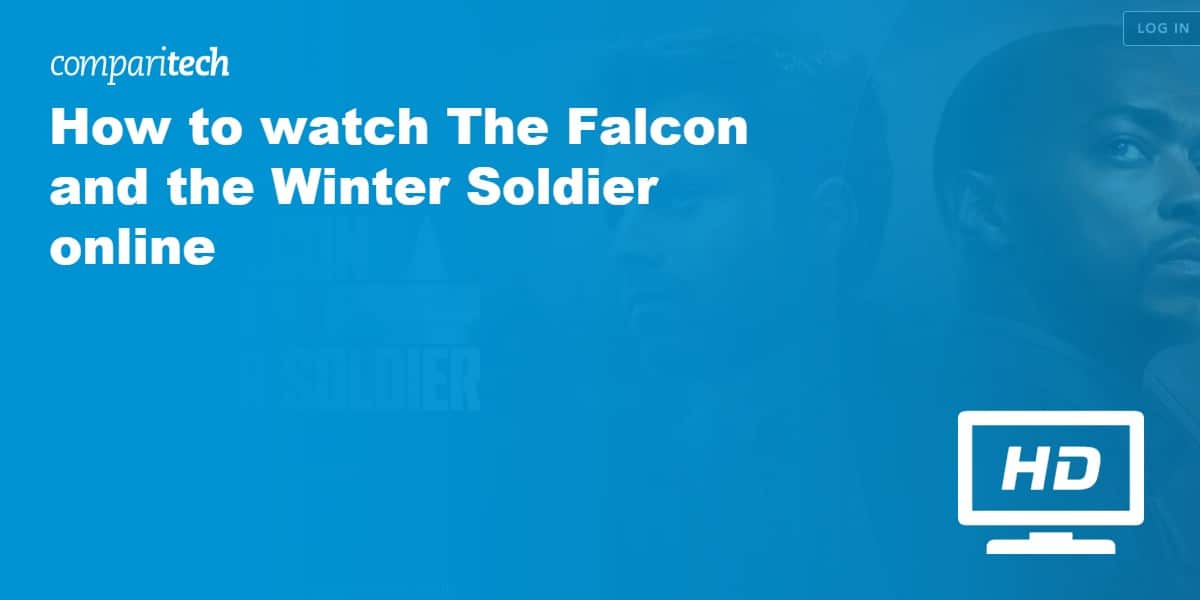 The Falcon and the Winter Soldier is set to premiere on Friday, March 19, with a new episode released each week (there are six in total). It’s set in the Marvel Cinematic Universe with events taking place after the film Avengers: Endgame (2019). Unfortunately, for licensing reasons, The Falcon and the Winter Soldier isn’t automatically available everywhere. By using a Virtual Private Network (VPN) however, you can unblock this show and watch it online from anywhere in the world.

So what is a VPN and how does it work? A VPN is a service that you can use to bypass geo-restricted and government-censored content. They’re also a great way to protect your privacy online. When you connect to a server, the VPN encrypts your internet traffic, securing it from prying eyes. You’re also assigned a different IP address, which makes it look as if you’re browsing from another location and lets you bypass geo-blocking.

Note that we’ll only be recommending official sources for watching The Falcon and the Winter Soldier. Unlicensed streams are inevitable but should be avoided due to their low resolution and lag. They also run the risk of being taken offline for violating copyright. The good news is that we’ll show you how to watch The Falcon and the Winter Soldier online with a VPN. As such, you don’t need to run the risk of missing out due to a dodgy stream.

The Falcon and the Winter Soldier will only be available to stream on region-locked platforms. To continue watching via home streaming services while traveling abroad, you’ll need to connect to a VPN.

A VPN routes your data through an encrypted tunnel to a server in your preferred location. In doing so, it provides you with a new IP address. For example, connecting to a server in the US means you’re assigned a US IP address. You can then access the likes of Disney+, no matter your actual location.

Here’s how to watch The Falcon and the Winter Soldier online from anywhere:

How to watch The Falcon and the Winter Soldier online

The Falcon and the Winter Soldier is only available on Disney Plus. Indeed, the miniseries was created specifically for this streaming service. At the time of writing, a Disney+ subscription costs $6.99 USD per month or $69.99 per year. However, from March 26, the price will increase to $7.99/month or $79.99/year. Note that there’s also the option of a bundle of Disney+, Hulu, and ESPN+, which you can get for $12.99/month.

Disney+ is available in dozens of countries including the US, UK, and Australia. However, if this service is not yet offered in your country, you’ll need to use a VPN to access it. Simply connect to a server in your preferred location to change your IP address. Content should then be unblocked.

NordVPN works with Disney+ and even includes a 30-day money-back guarantee so you can try it out risk-free. If you change your mind, all you need to do is request a refund within the 30-day period for your money back.

What do we know about The Falcon and the Winter Soldier?

Sam Wilson (Falcon) inherited Captain America’s Shield at the conclusion of Avengers: Endgame. The plot follows him as he teams up with Bucky Barnes (Winter Soldier) in an adventure that takes them across the globe. Their abilities are put to the test as they fight the Flag-Smashers, an anti-patriotism group.

Who is in the cast of The Falcon and the Winter Soldier?

Anthony Mackie and Sebastian Stan reprise their respective roles as Sam Wilson and Bucky Barnes from the Avengers film series. We can also expect to see the return of Daniel Bruhl as Baron Helmut Zemo and Emily VanCamp as Sharon Carter.