What are IP leaks and how can you prevent them?

VPNs are meant to hide your original IP address. But in certain circumstances, your IP address may be leaking. This post looks at how IP leaks occur and what you can do about them.
Marc Dahan Specialist in online privacy 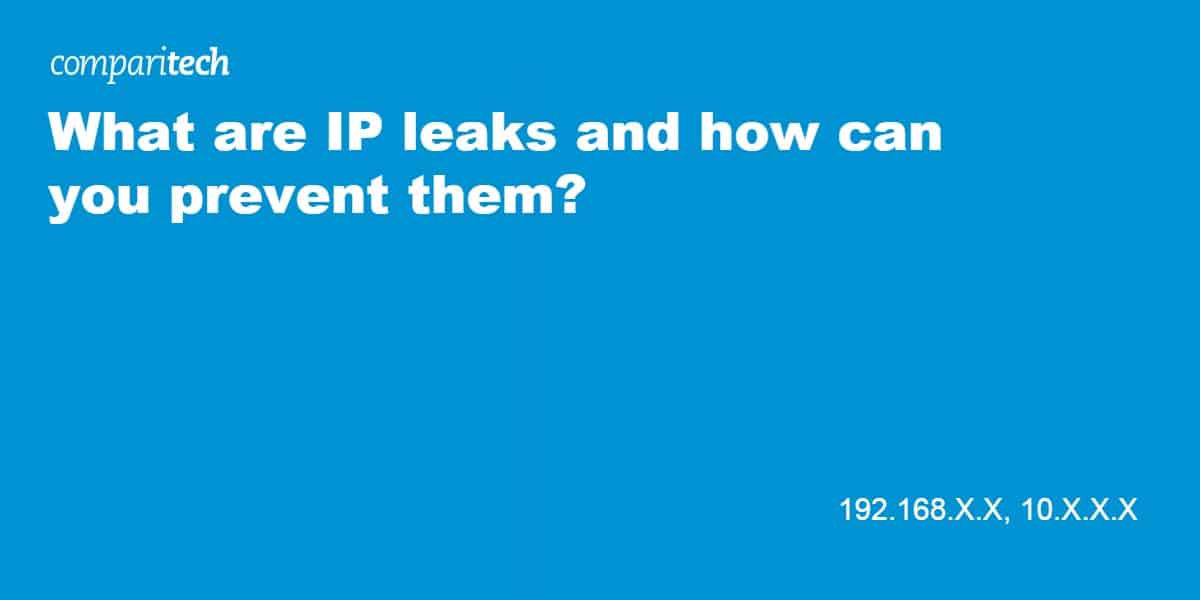 An IP leak, by definition, is quite simply what happens when your real IP address should be hidden, but it’s not. IP leaks are inexorably tied to Virtual Private Networks (VPN), which hide your original IP address and substitute it for the IP address of the VPN server to which you’re connected. VPNs also swap out your DNS servers, typically to their own, in-tunnel, DNS servers, so that third parties can’t obtain your web history through your DNS requests. With these measures in place, when you’re connected to the VPN, you’re more difficult to identify, locate, and track, enhancing your online privacy. That’s essentially a VPN’s raison d’être.

The above is how things are supposed to work. But sometimes, things go wrong, and your original IP address or the IP address of your DNS server(s) is exposed despite being connected to the VPN server. If and when that happens, you’ve got IP address leaks.

In this post, we’ll look at the most common IP address leaks, explain what causes them, and what you can do to prevent them.

But do bear in mind that if you’re using a high-quality VPN service, you shouldn’t experience IP leaks of any kind. While we offer some solutions to IP leaks in this post, I would recommend changing providers as a real solution and only use the tips provided here as a stop-gap measure until you make the switch.

Whether public or private, there are two kinds of IP addresses today: IPv4 and IPv6 addresses. My private IP address example above used IPv4 addresses. An IPv4 address is made up of four numbers, ranging from 0 to 255, separated by periods.

How to test for IP leaks?

Testing for IP leaks is easy. All you need to do is connect your VPN and visit an IP leak website. Popular choices are browserleaks.com and ipleak.net. There are others as well.

Compare the results from these sites with the VPN connected and with it disconnected. If any of the IP addresses that appear are the same before and after connecting to the VPN, then you have a leak. 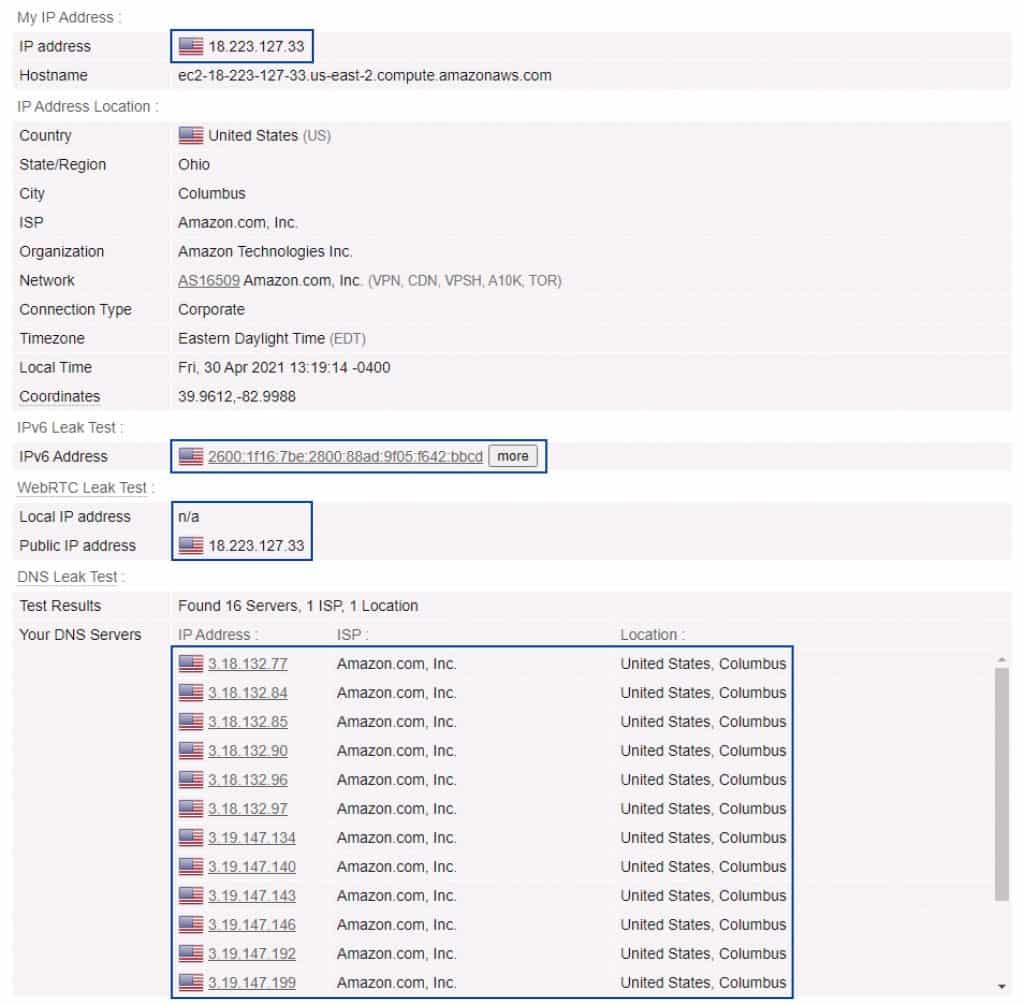 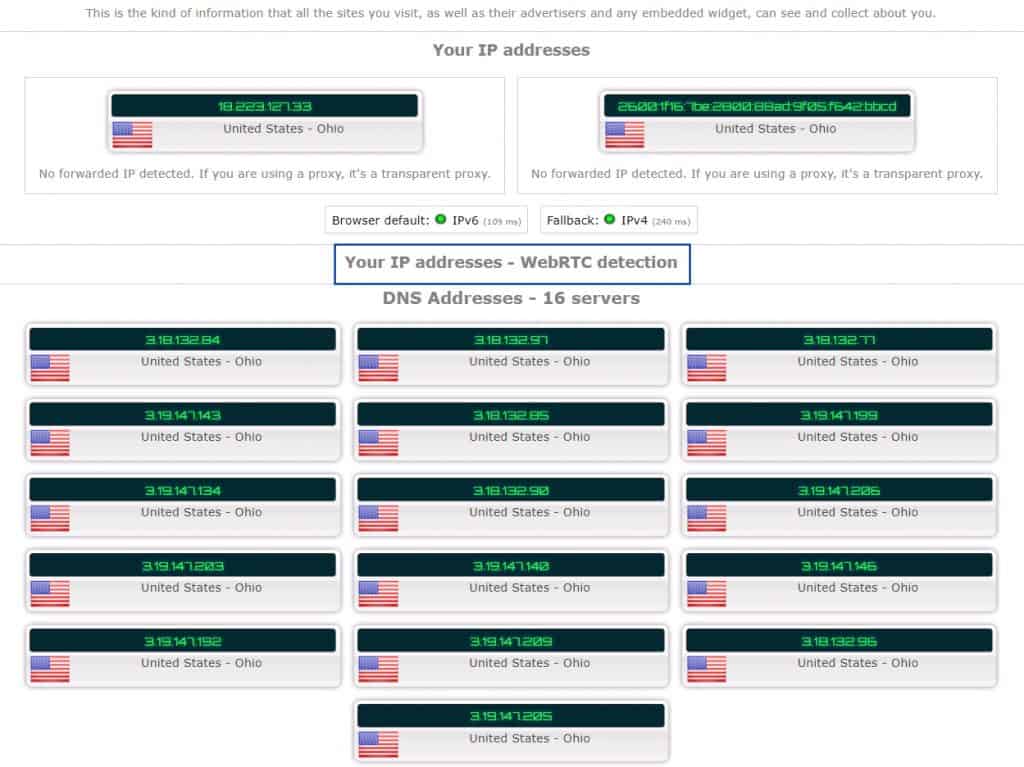 Onto the leaks. We’re going to start with IPv6 leaks.

The vast majority of internet users today still primarily use IPv4 addresses. Most VPN providers don’t support IPv6 yet, so the most common scenario is your IPv6 address leaking and compromising your masked IPv4 address. If your IPv4 address is leaking while connected to a VPN, it likely means the connection failed. Either that or your VPN isn’t doing anything at all, which seems unlikely – but you never know.

IPv6 leaks happen when a VPN provider fails to do one of two things:

That means that if I can snoop on your DNS records, I can see your entire web browsing history – even if you’re connected to a VPN. And that’s why a decent VPN will swap out your original DNS servers (which usually come from your ISP) with their own, in-tunnel DNS servers: so that all of your activity remains within the VPN tunnel.

DNS leaks can happen for different reasons. But it usually comes down to:

The issue with WebRTC is that even if you’re connected to a VPN, when you visit a WebRTC-enabled website, it can interact with your device and transmit data outside of the VPN tunnel. That interaction will reveal your real IP address to the website in question, defeating the privacy enhancements of the VPN.

WebRTC leaks can happen when:

There are other scenarios in which your IP address may leak: if your VPN connection suddenly drops or you experience a network disruption (WiFi suddenly becoming inaccessible, for example), which causes your VPN to start leaking or to disconnect altogether. As opposed to the other causes for IP leaks described above, the leaks described here are temporary rather than persistent. And that’s because disconnect and disruption leaks are triggered by an external event

Dropouts can particularly affect people who torrent over VPN. Obtaining large files can take a lot of time. Hence, many torrenters leave their computer unattended as they wait for the download(s) to finish. If a VPN dropout were to occur while the computer is unattended, you might be leaking your IP address for hours as your traffic goes through your ISP connection.

Dropouts can also affect mobile users that switch between WiFi and mobile data while connected to a VPN. Your VPN may disconnect during the switch, exposing your real IP until the connection is reestablished. Or the switch may trigger a network disruption, and your VPN app may start leaking data. It only takes a few seconds to compromise your privacy online.

So a disconnect leak is easier to manage than a network disruption leak because a kill switch will help you. But for disruption leaks, there isn’t much you can do. The only thing I would recommend is to test your VPN connection for leaks regularly. It shouldn’t take you long to find out if your VPN provider is consistently leaking data. If that’s the case, switch providers.

Here’s an article in which VPN providers were tested for various types of leaks – it’s a pretty sobering read.

So that, in a nutshell, is the deal with IP leaks. IP leaks are a big deal. An IP leak breaks a VPN’s main purpose: to hide your real IP address and location. When you pay for a VPN that leaks your IP one way or another, what are you paying for? I believe that having the illusion of security is much worse than not being secure and being aware of it.

Luckily, testing for IP leaks is easy, as is the best to fix IP leaks: choose a VPN provider that doesn’t leak. (It really isn’t that difficult).