How to watch Black Widow online from anywhere

Excited about the launch of Marvel’s newest movie, Black Widow? We’ll get you up to speed with all of the details including how to watch this movie if you’re traveling abroad.
Ian Garland Streaming, Kodi and VPN Expert 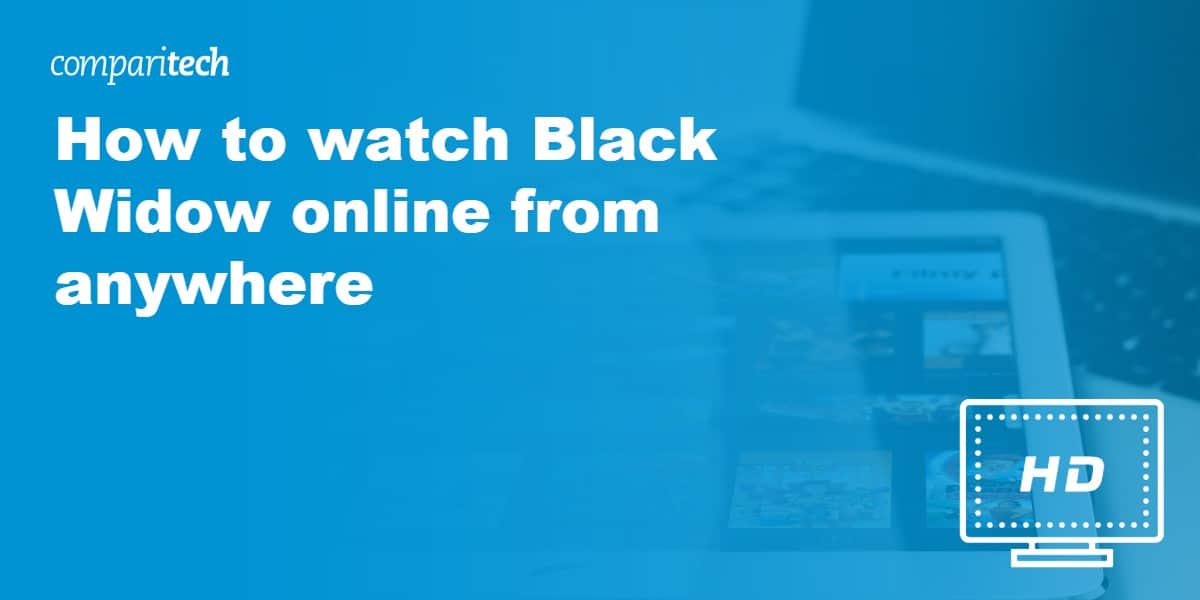 Black Widow has been a long time coming, having been delayed three times since its intended 2020 premiere. That said, there’s not long left to wait, as it’s arriving in theaters and online on July 9. This movie will follow The Avengers’ Natasha Romanov (aka Black Widow) as she attempts to prevent her past (and people from it) from catching up to her. Interesting, right? Take a look below for a full breakdown of how you can watch Black Widow online.

Given how popular Marvel’s movies are, it’d be surprising if there weren’t unofficial streams available. Still, we don’t recommend using these. Not only are they likely to be taken offline (Disney almost certainly has people employed to search for and report such streams), but even if you find one that works, the video quality is likely to be far lower than what you’d get from an official source.

Black Widow is exclusive to a single geo-blocked streaming platform. If you’re traveling in a place where this isn’t available, you’ll have to use a Virtual Private Network (VPN) to access your home country’s content library.

How to stream Black Widow online from abroad

VPNs encrypt your data, which greatly enhances your online privacy. What’s more, they’re capable of making it look like you’re browsing the web from a different location. This not only helps keep you anonymous, but it also means you can access geo-restricted services abroad.

Here’s how to stream the Black Widow movie online from anywhere:

NordVPN is offering a fully-featured risk-free 30-day trial if you sign up at this page. You can use the VPN rated #1 for Disney+ with no restrictions for a month—great if you want to binge Marvel shows or watch Black Widow while on a trip abroad.

How to watch Black Widow online from anywhere in the world

On July 9, Black Widow will be released simultaneously in dozens of countries including the US, the UK, Canada, Australia, Japan, Mexico, and France. Because only one platform has the rights to this movie, the place you’ll watch it is the same, regardless of where you live: Disney+.

This service’s price varies based on where you are, but you can expect to pay around $7.99 USD (€6.99/ £7.99) per month. Unfortunately, there’s no free trial period unless you live in Japan, where your first month is free (and ¥770 afterward).

The key thing to note is that Black Widow is a Premier Access title. This means that you’ll have to pay a fee to watch it, in addition to the cost of your Disney+ subscription. Previous Premier Access movies like Raya and the Last Dragon and Cruella have cost $29.99 USD (€21.99 / £19.99), so it’s likely this one will as well. However, you only have to pay if you want to watch in the first 90 days of the film’s release; from October 7, Black Widow will be added to the regular catalog and you’ll be able to watch at no added cost.

If Disney+ hasn’t launched in your country, it’ll likely be available on video-on-demand platforms like iTunes, the Google Play Store, and Amazon Prime Video.

Disney Plus is geo-restricted and isn’t available worldwide quite yet. As such, you may need a VPN to access it while traveling abroad. NordVPN offers a 30-day money-back guarantee, giving you the ability to try it out risk-free. If it fails to impress you, simply cancel to claim a full refund.

Can I watch the Black Widow movie for free?

Since Black Widow is exclusive to Disney+, which has largely phased out free trials, the only way to truly stream it for free is if you have a friend who’s willing to share their login details. After the first 90 days, Black Widow will technically be free, in that it won’t come with a hefty pay-per-view fee attached. However, you’ll still need a regular Disney+ subscription to watch it.

Black Widow doesn’t have any superpowers as such, so this film will be a little different from the likes of Iron Man and Thor. Taking place after the events of Captain America: Civil War, it’ll see Natasha trying to remain on the run while simultaneously dealing with a problem from her past.

Notably, this will be the first real introduction to the character (and her enemies) outside of what was shown in The Avengers series. The teaser trailer shows some of Natasha’s training the Red Room Academy, and also shows her being pursued by Taskmaster, a villain who can perfectly mimic any fighting style he encounters.

Which Marvel movies do I need to see before watching Black Widow?

Black Widow doesn’t actually show up much in many of her fellow Avengers’ standalone movies, which makes it fairly easy to get up to speed. Here’s a list of her chronological appearances, so you can watch the movies in order and get the timeline straight:

Naturally, Scarlett Johansson is reprising her role as Natasha Romanov, the eponymous Black Widow. She’s far from the only recognizable face in the cast, though, and will be joined by the likes of: