It’s been a long time coming but Shang-Chi finally has his own movie. We’ll let you know when it’s hitting streaming services and how you can watch Shang-Chi and the Legend of the Ten Rings online.
Ian Garland Streaming, Kodi and VPN Expert 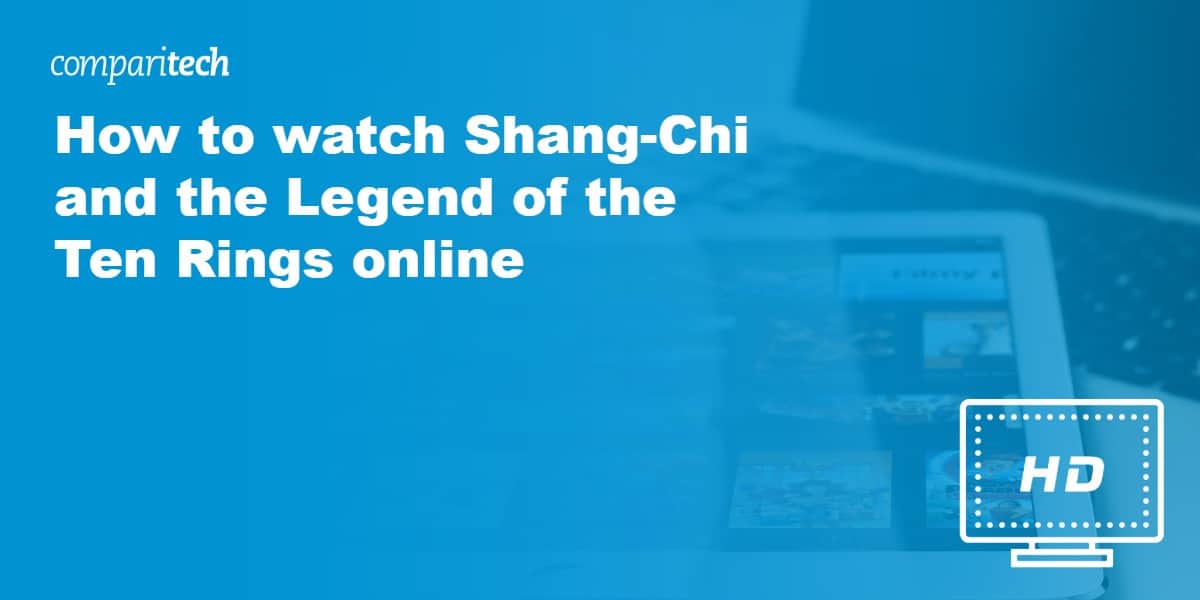 Black Widow kicked the MCU’s fourth phase off with a bang but according to critics, Shang-Chi is even better. The movie was delayed three times and is finally finishing up its theatrical run, meaning it’ll be available for home streaming on November 12. Below, we’ll give you all of the details including what platforms this movie will be on, what we know about the plot, and how to watch Shang-Chi while traveling abroad.

First off, we only recommend watching official Shang-Chi streams. Unlicensed sources tend to have lower-quality video and are inevitably taken down soon after they’re noticed by copyright holders. Besides, there’s one legitimate broadcaster that’s available in dozens of countries, so there’s not really any reason to stream this movie anywhere else.

Shang-Chi and the Legend of the Ten Rings will only be available on geo-blocked streaming platforms. This means that if you’re traveling, you’ll likely need a Virtual Private Network (VPN) to watch it on your usual streaming services from home.

How to watch Marvel’s Shang-Chi movie online from abroad

VPNs are privacy-enhancing tools that encrypt your internet traffic and send it through a server somewhere else in the world, hiding your true IP address in the process. They can also help you regain access to your usual services while traveling abroad.

Here’s how to watch Shang-Chi online from anywhere:

NordVPN offers a fully-featured risk-free 30-day trial if you sign up at this page. You can use the VPN rated #1 for streaming Disney+ with no restrictions for a full month. This is perfect for anyone hoping to watch Shang-Chi during their travels abroad.

How to stream Shang-Chi online from anywhere

In most of the world, Shang-Chi will be available on Disney+. This includes the US, the UK, Canada, Australia, Japan, Germany, France, and India. Better still, while Black Widow was part of the Disney Premier Access program, Shang-Chi won’t cost anything extra and will simply be available as part of a regular subscription. Prices vary but generally, you can expect to pay around $9 (GBP £6.70) per month. Unfortunately, it’s no longer possible to get a free trial.

Disney+ is scheduled to arrive in several East Asian countries in November, most notably South Korea and Taiwan, where it’ll launch the same day that Shang-Chi is added (November 12). However, while this service is premiering in Hong Kong later that week, Shang-Chi and the Legend of the Ten Rings will not be available in this location, possibly due to lead actor Simu Liu’s comments on Chinese censorship.

As far as we’re aware, Shang-Chi will be included in every Disney+ library other than the Hong Kong one. Still, if you find yourself in a location where this title isn’t available, you can use a VPN to access your home country’s library instead. NordVPN has a 30-day money-back guarantee, giving you the chance to try it risk-free and claim a refund if unsatisfied.

Can I watch Shang-Chi without Disney Plus?

If you live in a country where Disney Plus hasn’t launched yet Shang-Chi will likely only be available on video rental platforms like Amazon Prime Video, Apple TV, or the Google Play Store. There’s no confirmed price as yet, but Black Video was previously available for $20/GBP £14.89 (though prices will likely differ slightly from one region to another).

What do we know about the Shang-Chi movie?

If you’ve never heard of Shang-Chi before, here’s a quick rundown. Essentially, his father, Xu Wenwu discovers ten magical rings that grant an array of powers including immortality. He then founded the Ten Rings organization and forces Shang-Chi to undergo brutal martial arts training in the hopes of turning him into an accomplished assassin. Shang-Chi, however, doesn’t want this, so he flees to San Francisco and attempts to lead a normal, quiet life. Needless to say, this doesn’t happen.

Do I need to have seen the Avengers to watch Shang-Chi?

You don’t technically need to have seen The Avengers (or any other Marvel movies) to enjoy Shang-Chi. That said, particularly attentive fans might have noticed that the Ten Rings have been mentioned in the Iron Man series. This was, after all, the terrorist organization that led Tony Stark to create his original suit of armor. The third film even has an imposter pretending to be the Mandarin, who allegedly leads the Ten Rings in the modern era. We also know that at least one character from Dr Strange will be making an appearance, so it might be a good idea to rewatch that first.

Who stars in Shang-Chi and the Legend of the Ten Rings?

Shang-Chi has an impressive cast that features some of the biggest names in Asian cinema. Here’s a quick who’s who in the latest Marvel movie to grace our screens: