How to watch Dexter: New Blood online from anywhere

Don’t want to miss out on Dexter: New Blood? We cover all of the options for watching Dexter: New Blood online and explain how you can watch the show’s revival from anywhere with a VPN.
Mark Gill TECH JOURNALIST, VPN AND PRIVACY SPECIALIST 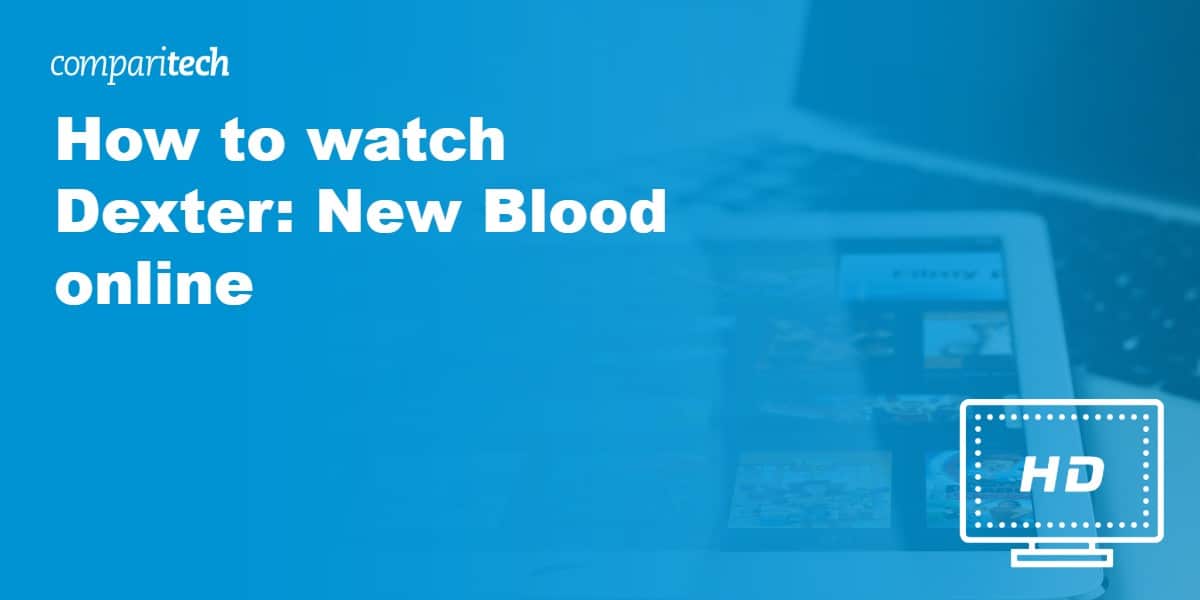 It’s back! Dexter is returning to our screens in the form of a 10-episode limited series titled Dexter: New Blood. It’s set to premiere on Sunday, November 7 at 9 PM ET/PT. Starring Michael C. Hall, New Blood has a chance to right a wrong for fans, many of whom were more than a little displeased at the show’s finale. Not sure where you can stream it? Read on to find out all about Dexter: New Blood and how a VPN lets you bypass geo-blocking and watch it online from anywhere in the world.

We’re only recommending official sources for watching Dexter: New Blood. The reason for this is that unlicensed streams are far too problematic. For starters, many will be taken offline without warning, due to copyright infringement. Even if your stream stays online, it’s likely it will be low resolution with choppy playback. The good news is that you won’t have to contend with these issues when you stick with the official sources listed in this post.

Dexter: New Blood will only be streaming on region-locked platforms. This means that if you’re traveling abroad and want to continue watching on your home streaming service, you’ll need to connect to a VPN.

How to watch Dexter: New Blood online with a VPN

A VPN is a service that encrypts the internet traffic traveling between your browsing or streaming device and the Internet. Connecting to a server changes your IP address and allows you to unblock geo-restricted content such as Dexter: New Blood.

Dexter: New Blood will air live on Showtime. If you don’t want to miss out on the show’s premiere, it’s a good idea to test your VPN with Showtime ahead of time. You then have time to contact your VPN’s support and resolve any issues you happen to encounter.

NordVPN is offering a fully featured risk-free 30-day trial if you sign up at this page. You can use the VPN rated #1 for Showtime with no restrictions for a month—perfect for short trips abroad.

How to watch Dexter: New Blood online in the US

Dexter: New Blood will premiere exclusively on Showtime on Sunday, November 7. If you have a cable TV subscription, you may already have access to Showtime, in which case you need only sign in using your cable TV login details. Don’t have cable TV? No worries. There are multiple cable-free ways to get Showtime.

A Showtime subscription costs $10.99 (GBP £8.05) a month while there’s even a 30-day free trial. It’s also possible to add Showtime for the same price via Amazon Prime Video Channels as well as Hulu. Select TV streaming services also offer Showtime as an add-on. These include FuboTV, Sling TV, and YouTube TV.

Showtime is only available in the US and is geo-blocked elsewhere as a result. You therefore need to connect to a VPN server in the US and get a US IP address to watch Dexter: New Blood on Showtime from abroad. NordVPN works with Showtime and even includes a 30-day money-back guarantee, allowing you to try it out risk-free.

Where else can I watch Dexter: New Blood online?

Showtime isn’t the only place you can watch Dexter: New Blood online. Here are some of the streaming platforms in other countries that will be showing the Dexter revival:

In Canada, you’ll be able to find Dexter: New Blood on Crave where it will also premiere on Sunday, November 7. A mobile-only plan costs $8.05 (CAD$9.99) a month while the higher tier (Crave Plus) is priced at $16.02 (CAD $19.99)/month. However, it may be that you already have Crave included as part of your TV subscription. If this is the case, all you need to do is sign in and you’ll have full access.

While Crave is only available in Canada, you can access it while traveling abroad with the help of a VPN. This requires getting a Canadian IP address, upon which content should be unblocked in your location.

Good news. Dexter: New Blood is also coming to the UK and, unlike many US TV shows, won’t be subject to much of a delay. It will air just one day later than the US on Monday, November 8 at 10 PM GMT. You’ll find it on Sky Atlantic which, if you already have a Sky TV subscription, is accessible via the Sky Go app.

What’s good about Sky Atlantic is that even if you’re not a Sky TV customer, you can still watch it online! To do this, sign up with Now. This TV streaming service offers an Entertainment pack that includes multiple Sky channels including Sky Atlantic. It doesn’t require a contract and costs $13.62 (GBP £9.99) per month (a seven-day free trial is included).

Whether you watch Dexter: New Blood via Sky Go or Now, a UK IP address is required due to the geographic restrictions of each service.

Just a quick mention for Australia which, according to reports, will receive Dexter: New Blood on Paramount Plus. However, no there’s no word as to when that will be. Regardless, a Paramount Plus subscription in Australia costs $6.71 (AUD $8.99) a month and includes a seven-day free trial. To watch it from abroad, a VPN and Australian IP address is required.

What should I know about Dexter: New Blood?

Dexter: New Blood is a 10-episode miniseries set a decade after the events of the Dexter season 8 finale. Dexter Morgan is now going by the name of Jim Lindsay, a local shopkeeper in the small town of Iron Lake, New York. Until now, he’s suppressed his serial killing urges but a series of incidents soon have Dexter worried that his “dark passenger” will resurface.

Who is in the cast of Dexter: New Blood?

It wouldn’t be Dexter without the return of Michael C. Hall as Dexter Morgan. Further good news comes in the form of Jennifer Carpenter who will reprise her role as Debra Morgan. Further cast members include Clancy Brown as Kurt Caldwell, Julia Jones as Angela Bishop, Alano Miller as Logan, Johnny Sequoyah as Audrey, and Jack Alcott as Harrison Morgan / Randall.