How to watch Friends: The Reunion online from anywhere

Hoping to stream the Friends reunion episode online? We’ll let you know how to watch Friends: The Reunion from anywhere in the world using a Virtual Private Network (VPN).
Ian Garland Streaming, Kodi and VPN Expert 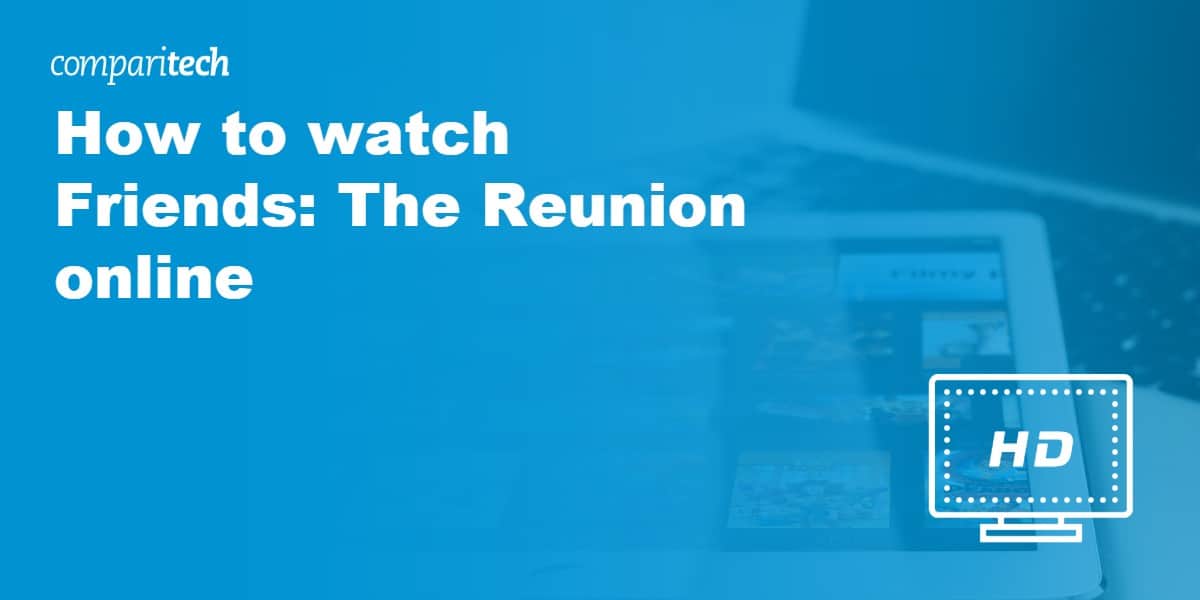 It has been 17 years since the final episode of Friends aired, and fans have been clamoring for a return pretty much since the credits finished rolling. Thankfully, the wait is finally over: the show’s stars have gotten together and created a short Friends reunion special. In a nod to the series’ distinctive naming scheme, this reunion is titled “The One Where They Get Back Together”. It won’t be a scripted episode, however; instead, the actors will discuss Friends’ legacy and cultural impact, while reenacting a few of the show’s more memorable scenes.

Friends was a cultural phenomenon in the 90s and early 2000s, and remains one of the most popular shows for streaming. As such, it’s highly likely that the Friends reunion will be available via unlicensed streams. We don’t advise using these: the video quality is often very poor and there’s a strong chance that the stream will be taken offline for violating copyright. Luckily, with international broadcasters in several countries (many of which offer a free trial) there’s no need to resort to unauthorized sources.

All of the streaming services showing the Friends reunion are geo-restricted. This means that you’ll have to use a VPN to access them while traveling abroad.

How to stream Friends: The Reunion online from anywhere

VPNs improve your online privacy by encrypting your traffic and routing it through a server elsewhere in the world. This latter step also makes it look like you’re in a different country, allowing you to access geo-blocked services from anywhere.

Here’s how to watch the Friends reunion online from anywhere:

NordVPN offers a fully-featured risk-free 30-day trial if you sign up at this page. You can use the VPN rated #1 for streaming with no restrictions for a full month. This is perfect for travelers looking to watch the Friends reunion episode during a short trip abroad.

There are no hidden terms—just tell customer support within 30 days if you decide not to continue with NordVPN and you'll be given a full refund. Start your NordVPN trial here.

How to watch Friends: The Reunion online on US TV 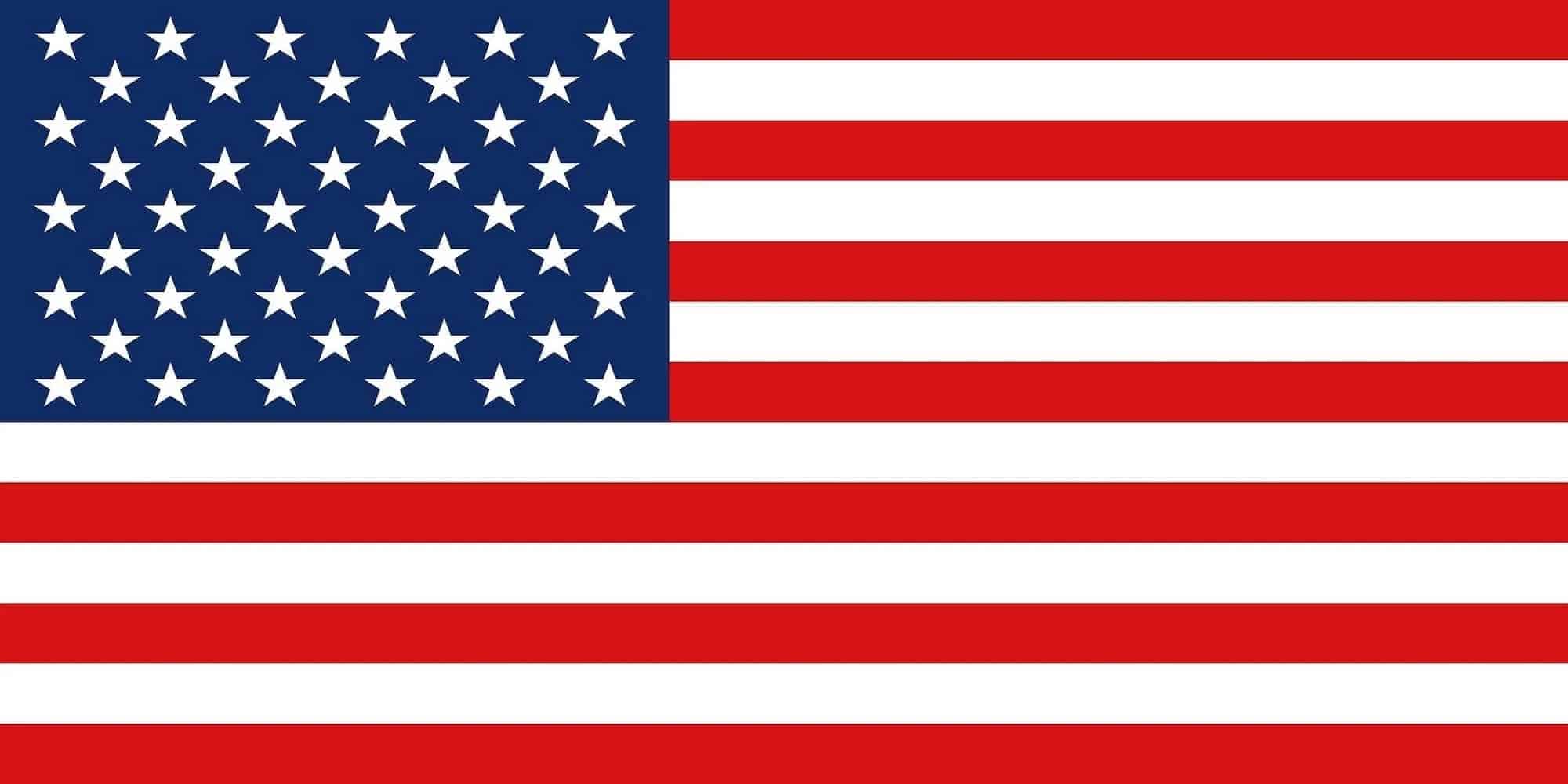 HBO Max spent over $400 million to secure the rights to the Friends reunion, so perhaps understandably, it’s the only service showing it in the US. This will be the second time the platform has sought to capitalize on millennial nostalgia, following the well-received Fresh Prince of Bel Air special in November of 2020.

If your cable TV package already includes HBO, you may be able to sign into the HBO Max website and watch at no added cost. That said, it’s also possible to stream the Friends reunion without cable by signing up for HBO Max directly. This costs $14.99 USD per month and there’s, unfortunately, no free trial. On the plus side, in addition to the special one-off Friends episode, this service also carries all 10 original seasons, so it’s perfect for bingeing the show after you watch the reunion.

HBO Max is available in several countries but may not show Friends: The Reunion everywhere. As such, you might need a VPN to watch while traveling. NordVPN offers a risk-free 30-day money-back guarantee and allows you to claim a full refund if it fails to meet your expectations.

Where else can I watch the Friends  reunion online?

Streaming services know how popular Friends is, and have been furiously competing for international broadcast rights. This is good news for fans, since it means that the reunion will be shown in multiple countries, day and date with the US premiere. Here’s how to watch the Friends special episode where you are:

The Friends reunion episode will air at 8 PM BST on Sky One. If you’re already a Sky TV subscriber, you’ll be able to watch live online via the Sky Go app. Shortly after the special finishes, it will be added to the platform’s on-demand library too, so don’t worry if you have other plans on May 27.

Fans who don’t have cable (or who are with a different provider) can watch on Now TV instead. The Entertainment pass costs £9.99 per month, but includes a seven-day free trial for new users. This means that it’s possible to sign up, stream the reunion, and cancel to watch the Friends reunion for free.

Looking to watch the original show? Currently, Netflix UK has all 10 seasons. This service no longer offers a free trial, but with plans starting at £5.99 per month, it’s not too expensive.

The services above are all geo-blocked. In other words, you’ll have to be in the UK or using a British VPN server to watch the Friends reunion on them.

Streaming Friends is extremely simple if you’re in Canada. Crave has every episode, and will add the reunion special on May 27, the same day that it airs in the US. Normally, you’d have to pay $9.99 CAD per month to watch, but there’s a seven-day free trial. This means that you can effectively watch the Friends reunion online for free, provided you remember to cancel in time.

Crave is only available in Canada. However, you can use it as normal, wherever you are in the world, by connecting to a Canadian VPN server.

Australian fans can stream all 230+ episodes of Friends on Binge. Additionally, this service will add The One Where They Get Back Together on May 27 at around 5 PM AEST. Subscriptions start at $10 AUD per month, although thanks to a two-week trial, you can essentially stream the Friends reunion special for free; just cancel before the trial ends to prevent your payment method from being charged.

Binge is geo-restricted and its website won’t load properly if you’re outside of Australia. Despite this, you can still watch from abroad by using a VPN.

What can we expect from the Friends reunion episode?

HBO recently released a two-minute long trailer that gives us a pretty good idea of what’s coming in the Friends reunion special. The main cast of the show will all be returning for a variety-style event. This will include a round-table discussion led by James Corden, a walk-around of some of the show’s most-iconic sets, and a performance of its most memorable scenes (with the pop quiz from The One With the Embryos confirmed).

Additionally, we know that some of Friends’ recurring cast members will be making an appearance. These include Tom Selleck (Richard), Maggie Wheeler (Janice), and Reese Witherspoon (Jill Green). However, there’ll also be plenty of celebrity fans in attendance, including:

Will there ever be another season of Friends?

Unfortunately for long-time fans, there’s no news on an outright Friends revival or 11th season. According to Jennifer Aniston, who played Rachel, Lisa Kudrow and Courteney Cox are all on board, but the show’s male stars are less keen. Matt LeBlanc, for his part, has said that he believes the time has passed for a new season, and that “everyone’s imagination of what [the characters] are doing now is better”.