How to watch MasterChef season 10 online

Looking to watch MasterChef live online? In this post, we’ll explain how to stream every episode of MasterChef season 10 from anywhere with a Virtual Private Network (VPN).
Ian Garland Streaming, Kodi and VPN Expert 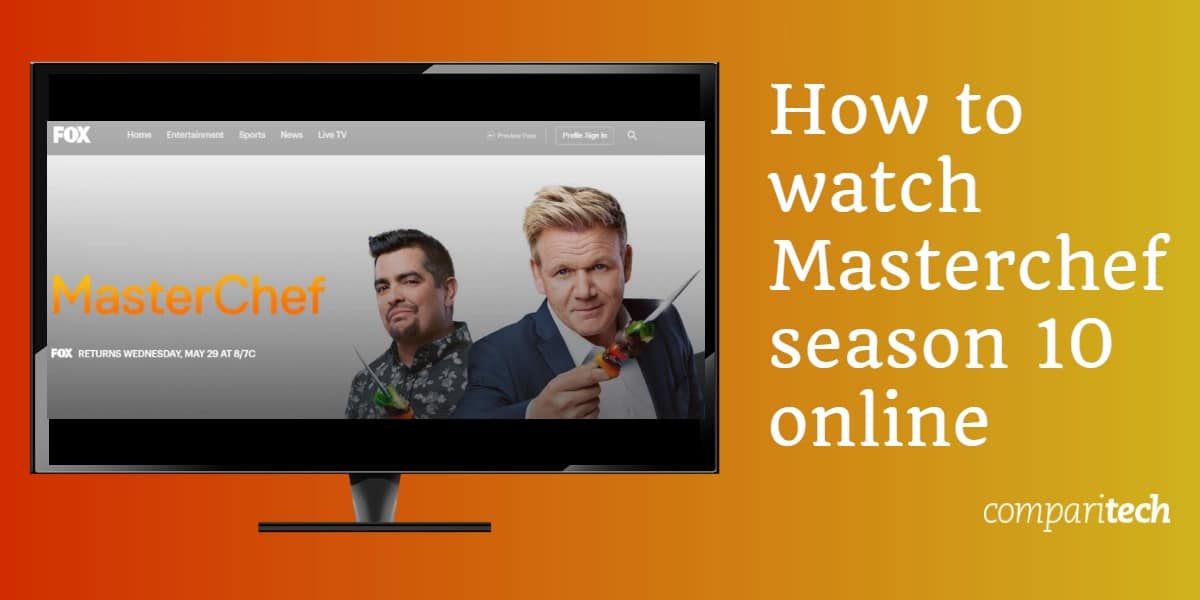 MasterChef’s tenth season begins at 5PM PST (8PM EST / 1AM BST) on May 29. There are usually around 20 episodes with one released each week, meaning we can expect season ten to end sometime this fall. There’s plenty to look forward to before then, though, and below, we’ll let you know how to watch MasterChef season ten live, wherever you are in the world.

We’ll only be recommending official sources. While popular shows like MasterChef are often available on unlicensed streaming sites, we advise against using them. For a start, their videos are often laggy and low-resolution. Further, there’s no guarantee that these streams won’t be taken offline for copyright violation partway through, leaving you unable to finish an episode. With so many legitimate ways to watch, there’s really no reason to use unauthorized streams.

The streaming services showing MasterChef season 10 are region-locked, so you’ll need a VPN to use them from outside of their respective countries.

VPNs encrypt your traffic, preventing third parties like your Internet Service Provider (ISP), employer, or government from seeing what you get up to online. However, they also allow you to access geo-restricted services from anywhere in the world. We recommend ExpressVPN: it’s a fast, reliable service with excellent unblocking ability and over 3,000 servers in 94 countries.

Getting started with ExpressVPN only takes a few minutes; just choose your desired subscription length (one month, six months, or a year) and pay. You can even pay in Bitcoin if you’d like to remain as anonymous as possible. ExpressVPN comes with a 30-day money-back guarantee so you can try it risk-free. If you’re unsatisfied or only needed a VPN for a short time, just cancel to receive a full refund.

BEST VPN FOR STREAMING:ExpressVPN is a privacy-conscious VPN with strong security features, high-speed servers in over 90 countries, and the ability to unblock popular streaming services like Netflix, FOX, and Amazon Prime Video from abroad.

How to stream MasterChef season 10 abroad with a VPN

With the right VPN, it’s easy to access geo-restricted platforms abroad. Follow the steps below to unblock and stream MasterChef season 10 from anywhere:

If you’d like to stream MasterChef live, we strongly recommend testing your VPN with the steps above before the show begins. This way, you’ll have enough time to get help from your VPN’s customer service team if anything doesn’t work as expected.

How to watch MasterChef season 10 for free on US TV

MasterChef season 10 will air exclusively on FOX. Although you can watch up to an hour of content for free, you’ll have to sign in with your cable provider details to stream more than one episode.

If you don’t have cable, you can simply sign up for DirecTV Now, Hulu with Live TV, Sling TV, PlayStation Vue, or YouTube TV instead. All of these services offer a free trial period (usually one week) but as MasterChef runs for several months, sooner or later, you’ll have to pay. At $15 per month, Sling TV is the least expensive way to watch MasterChef without cable.

You can drastically reduce the cost of streaming MasterChef season 10 if you’re willing to wait a few hours. New episodes will be added to Hulu’s on-demand library shortly after they finish airing, and since you won’t be watching live, you’ll only need Hulu’s base subscription, which costs $5.99 per month (for comparison, Hulu with Live TV costs $44.99 per month). Better yet, Hulu includes every previous episode of MasterChef and it allows you to pay in gift cards, so you can technically sign up from anywhere.

The services above are only available in the US. Additionally, Sling TV only offers FOX in select regions. You can bypass both of these issues by using a VPN to connect to a US server.

Can I stream international versions of MasterChef live?

You don’t necessarily have to be in the US to watch MasterChef. Below, we’ll explain which networks are showing your country’s version of MasterChef.

CTV is currently showing the sixth season of MasterChef Canada. New episodes air every Monday at 9PM PST (11PM EST), but it’s worth noting that Canadian MasterChef has far fewer episodes per season. We’re only about halfway through though, so there’ still plenty to watch.

Unfortunately, CTV requires users to sign in with their cable provider details before they can watch anything. With no online-only subscription available, this platform is almost impossible to use unless you normally live in Canada. Canadians who are temporarily in other countries can still sign in and stream content as normal by connecting to a VPN.

The British version of MasterChef recently finished its fifteenth season, but there’s more to come. Another season of Celebrity MasterChef is due to air sometime this year, and will feature appearances from Adrian Edmondson (The Young Ones), Vicky Pattison (Geordie Shore), and boxer Dillian Whyte, among others.

Understandably, details are scarce at the moment, but the new series will be broadcast on BBC One, meaning you’ll be able to watch it live on BBC iPlayer whenever it’s released. This streaming platform is region-locked, though, so you’ll need a VPN to access it from outside of the UK. 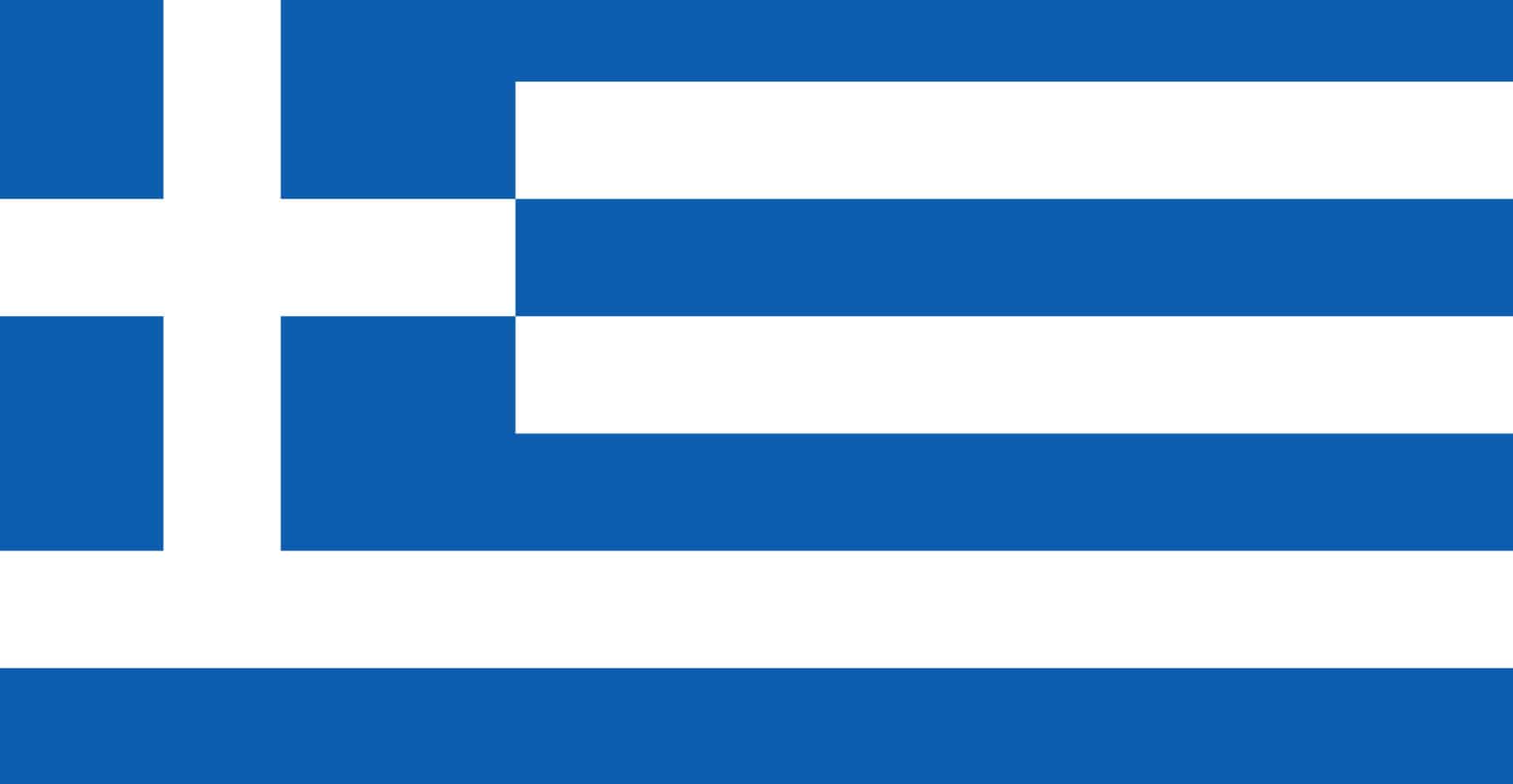 MasterChef Greece season six airs daily at 9PM EEST (6PM PST / 8PM EST) on Star. This platform is completely free to use, and you don’t even have to create an account. It’s worth mentioning that Star only provides Greek-language content, however, and subtitles are not available.

Star isn’t geo-restricted, meaning you can access it from anywhere. Despite this, we still recommend using a VPN as some ISPs have been known to limit the network speeds of users who stream frequently.

What can we expect from season 10 of MasterChef?

In the teaser trailer for the tenth series of MasterChef, Gordon Ramsay claims that this will be the most competitive season yet. Several especially difficult challenges are mentioned, including one in which contestants must break down a chicken blindfolded.

And it seems that things will only get more gruelling as the series progresses. For instance, the finalists will be tasked with running the dinner service at the esteemed Gordon Ramsay restaurant in London.