Can’t wait to watch the next season of This Is Us online? Here we’ll show you how you can use a Virtual Private Network (VPN) to live stream This Is Us season 6 from outside the US.
Mark Gill TECH JOURNALIST, VPN AND PRIVACY SPECIALIST 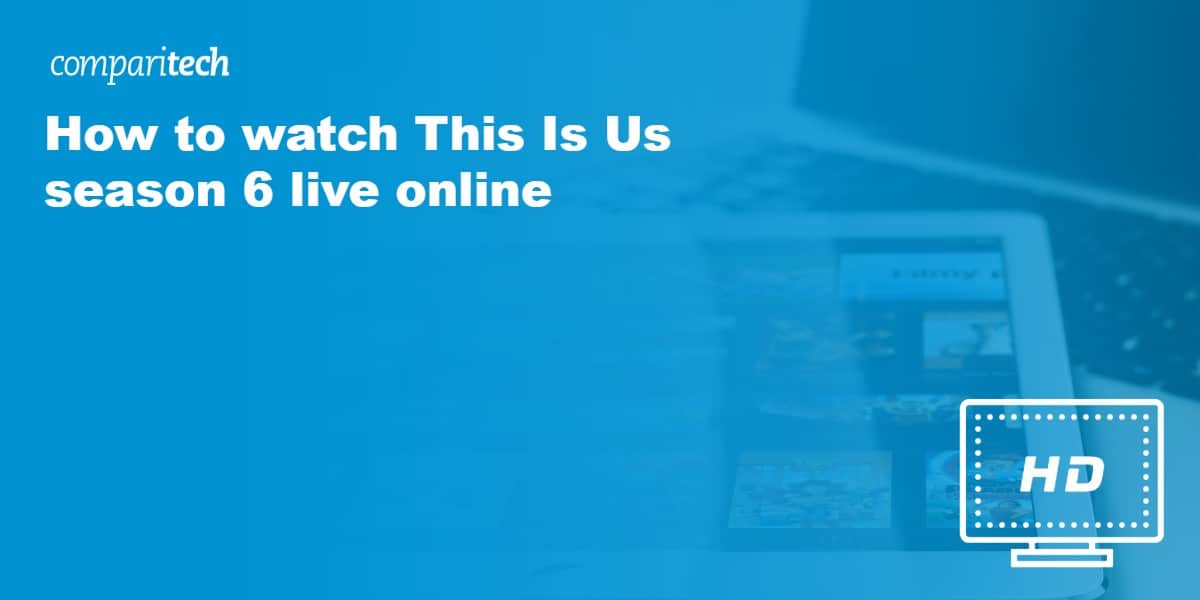 This Is Us season 6 is set to premiere on January 4 at 9 PM EST (6 PM PST) on NBC. It will be the final season of the much-loved show, despite the enormous success of season 5.

Sadly for fans, the show’s creator, Dan Fogelman, explained the show was never intended to run onto a large number of seasons, and will now be drawing to a close. That means anybody who loves This is Us will need to watch season 6 on NBC while they still can.

If you’re trying to watch This Is Us abroad (outside the US), the following message will be shown:

“Sorry, this video is not available from your location.”

That’s because NBC content is region-locked and only available in the US. However, there’s no need to worry! We’ll explain how you can use a VPN to access NBC and live stream This Is Us season 6 abroad.

Please note that we’ll only be recommending official sources for watching This Is Us live online. While there’s sure to be plenty of unlicensed streams, we don’t recommend these for a couple of reasons. The first is that they’re typically low quality, which may impact your enjoyment of the show. Secondly, you may find that the unauthorized stream you’re watching is taken down without any prior warning. There’s a number of ways you can watch This Is Us season 6 online. As such, there’s no need for any unofficial (and unreliable!) streams.

This Is Us season 6 will only be shown on region-locked platforms. This means you’ll need a VPN to watch abroad via your regular home streaming services.

How to watch This Is Us season 6 live online

Unblocking NBC to watch This Is Us season 6 is simple enough, even if you’re new to using a VPN. All you have to do is follow the steps laid out below:

Here’s how to watch This Is Us season 6 online from anywhere:

How to watch This Is Us season 6 on US TV

This Is Us season 6 is available on NBC. If you’re located in the US and have cable TV, you can watch This Is Us season 6 live online without a VPN (though we still recommend you use a VPN for increased privacy). You have the choice of live streaming via NBC’s website or apps.

Signing in with your cable provider only requires you to enter your cable email address or username and password. Note that cable TV sign-in is only required for live streaming on NBC. It’s possible to watch This Is Us season 6 on catch-up without signing in (but you’ll still need a VPN).

All of the above services are geo-restricted. This means you’ll need a VPN connected to a US server in order to watch from abroad. NordVPN comes with a 30-day money-back guarantee, so you can try it with each, absolutely risk-free.

Where else can I watch This Is Us online?

This Is Us season 6 will premiere on NBC which means you may have to wait a while to watch it anywhere else. However, there are a few options should you wish to catch up on seasons 1 to 5:

Viewers in the UK can watch This Is Us seasons 1-5 on Amazon Prime. This costs £7.99 per month or £79.00 annually. However, there is the option of a 30-day free trial. Alternatively, you can purchase individual episodes from £2.49 or a full season from £19.99. Note that a UK IP address is required to stream Amazon Prime Video from abroad (outside the UK).

Netflix Canada is the only region of Netflix to have regular updates of This Is Us. At the time of writing seasons 1-4 are all available on the platform. Indeed, previous seasons were all added in September of each year. As such, we can expect This Is Us season 5 to arrive on Netflix Canada in the near future.

Netflix Canada subscriptions start from $9.99 CAD per month. However, a 30-day free trial is offered to new customers. Netflix is difficult to unblock, so If you want to watch Netflix Canada abroad, you’ll need a suitable VPN with servers in Canada.

The main place to watch This Is Us in Australia is Network 10. If you’re in Australia, you can watch season 5 of This Is Us via Network 10’s online catch-up service, 10play. What’s more, you can watch live and on-demand for free. There’s also a paid, ad-free option ($9.99 AUD/month) that provides access to new shows before they premiere on Network 10. The 10 play website is geo-restricted which means you’ll need an Australian IP address to unblock it abroad.

Can I use a free VPN to watch This Is Us season 6?

Unfortunately, This Is Us season 6 will only be broadcast on NBC to start with. It may be several months before it comes to any other platform. NBC content is region-locked which means many free VPNs will struggle to unblock it. Indeed, most free VPNs struggle to get around the geographic restrictions of Netflix and Amazon Prime Video. Besides, free VPNs aren’t well suited to live streaming. The slow server speeds and frequent buffering make it difficult to watch anything (for instance, season 6 of This Is Us) without interruption.

It’s not just performance issues that plague free VPNs. Once you’ve tried a quality paid VPN, you’ll notice just how few features free VPNs offer. While having multiple simultaneous connections or 24/7 live chat support may not be essential for you, you should aim to have a VPN that offers a high level of security. This should include encryption, a kill switch, and a strict no-logs policy. Few free VPNs offer all of these. Indeed, some free VPNs compromise your online security by tracking your data (and your browsing history) and selling it.

What can we expect from This Is Us season 6?

Sadly, season 6 is the last season of This Is Us. In season 6, we’ll see the show tackle some of the issues that have been at the forefront of 2020 and 2021. Although no details about the plot have yet been released, you can expect to see the show tackling important issues such as racism, alcoholism, depression, and the many other difficult topics it is known for.

Which cast members are returning for This Is Us season 6?

All of the key cast members will be returning for This Is Us season 5. We have included a full list of who you can expect below: