Want to learn how South Korea stands in the cybersecurity realm? Read on to find some interesting and surprising Korea cybersecurity statistics.
Craig McCart 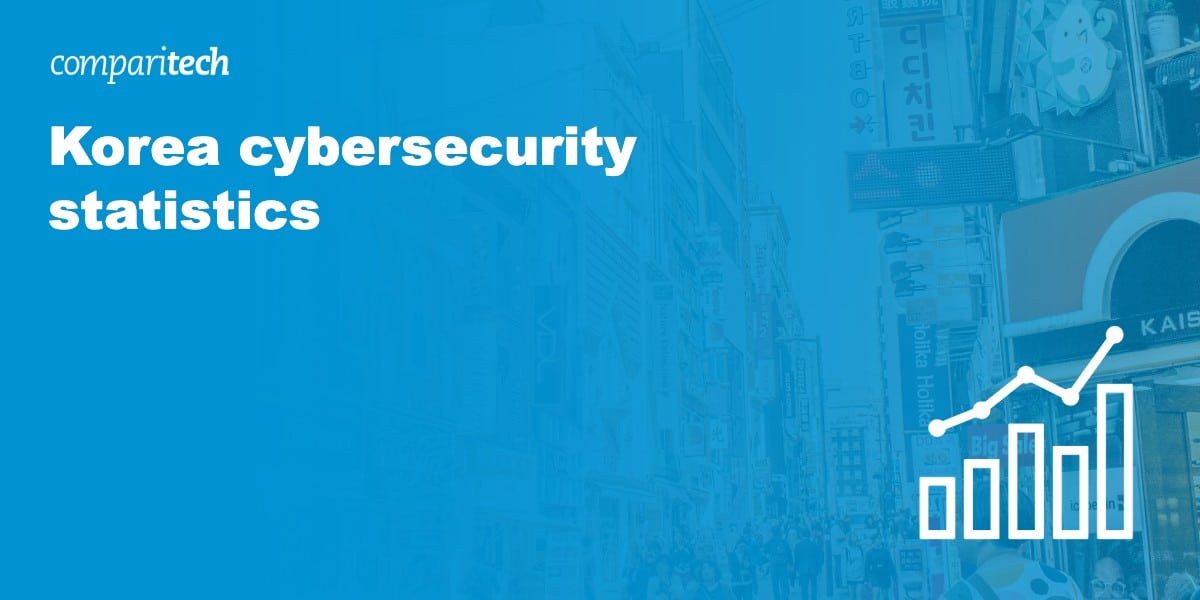 Korea is a world leader in many aspects of technology, including cybersecurity. Despite this, the country has faced several large-scale cyberattacks in recent years. It is essential for businesses and organizations in Korea to be aware of the risks posed by cybercriminals so that they can protect their data and networks.

The Korean government has taken steps to strengthen cybersecurity in the country, including introducing new laws and regulations. Companies must comply with these new rules, which include regular security assessments, monitoring of employee activity on company networks, and implementing secure systems for storing customer information. Additionally, companies must develop an incident response plan in case a breach occurs.

Korea invests heavily in research and development (R&D) to improve its cybersecurity infrastructure. This includes collaboration between the public and private sectors to develop cutting-edge solutions that protect against cyber threats. These efforts are helping to create a more secure online environment for all users in Korea.

In this blog post, we’ll look at some of the most notable Korean cybersecurity statistics. We’ll also discuss what these numbers mean for businesses and consumers in South Korea.

Here’s a list of some of the most surprising Korea cybersecurity statistics:

Revenue is on track to show a compound annual growth rate (CAGR) of 16.55% for the period between 2022 and 2027. This is due to the increased use of devices connected to the internet, and an uptick in mobile device usage, making South Korea a formidable target for cyberattacks. (Source: Mordor Intelligence)

2. Data leakage was the most threatening cybersecurity concern in 2021

According to a survey of member companies of CONCERT (CONsortium of Computer Emergency Response Team), more than 36.4% of respondents said data leaks were the most significant breach in 2021. (Source: Mordor Intelligence).

4. Over W1.76t was lost to phishing scams over the last five years

A report found that phishing scams in South Korea have totaled damages in the region of 1.76 trillion won ($1.24 billion) over the last five years. Only 30% of this has been recovered. (Source: Korea Herald)

Cyberattacks targeting South Korea, suspected to have originated from North Korea, have become increasingly more challenging to detect in 2021. Businesses in the private sector have been hardest hit, losing millions of Dollars and seeing disruption to computer systems.  (Source: Mordor Intelligence)

The most significant cybersecurity breaches in Korea

Here’s a list of the most significant cybersecurity breaches in Korea:

In July 2015, medical records of more than 90% of the South Korean population were leaked to a US multinational medical firm, IMS Health Korea. Records included patient data such as sex, type of disease, age, and region. A report using the collected data was sold to Korean pharmaceutical companies for $5.2 billion. (Source: Data Breaches)

Over 1 million users’ data was stolen from South Korea’s largest travel company, Hanatour, with hackers demanding a ransom be paid in Bitcoin to return the data. While it is unclear whether the company paid the ransom, the stolen data included names, addresses, and Social Security numbers. Hackers obtained access using malware and phishing attacks. (Source: Coin Journal)

South Korea’s Ministry of Defense reported a breach in October 2018 after one of its agencies known as the Defense Acquisition Program Administration (DAPA), which handles weapons acquisitions, was hacked. The attackers gained access to 30 computers, stealing data from 10 of them. Hackers gained access to the systems via a security program vulnerability, and the stolen data included details on a next-generation fighter jet. (Source: Security Affairs)

In June 2021, the Korea Atomic Energy Research Institute, or KAERI, confirmed a worrying breach of its internal systems via a vulnerability in its internal VPN. It is believed that the hacking group known as ‘Kimsuky’ were behind the breach, as one of 13 unauthorized IP addresses could be traced back to the group. It is unclear what data was stolen during the breach. (Source: Malwarebytes)

5. A Korean telecoms company compromised the data of 12 million+ consumers

In March 2014, one of South Korea’s biggest telecoms companies, KT Corp, suffered a breach that exposed the personal information of 12 million customers. A malicious program allowed the hacking group to obtain records via the provider’s website containing personal data such as names, employment details, and registration numbers. The data was sold on the web for $10.8 million. (Source: SEC)

By understanding South Korea’s cybersecurity landscape and following these tips, businesses and individual consumers can stay safe online and guard against cyber threats.

What are the most dangerous types of cyber attacks?

The most dangerous cyber attacks include ransomware, phishing, and malware. These techniques are designed to disrupt or disable computers, steal data or money, or gain access to restricted data.

Is cybersecurity an in-demand skill in Korea?

Yes, cybersecurity skills are in high demand in Korea. With the increasing threats of cyber attacks, many companies are looking for individuals who have experience and knowledge in this field to help protect their systems and data.

What measures should businesses take to ensure cybersecurity?